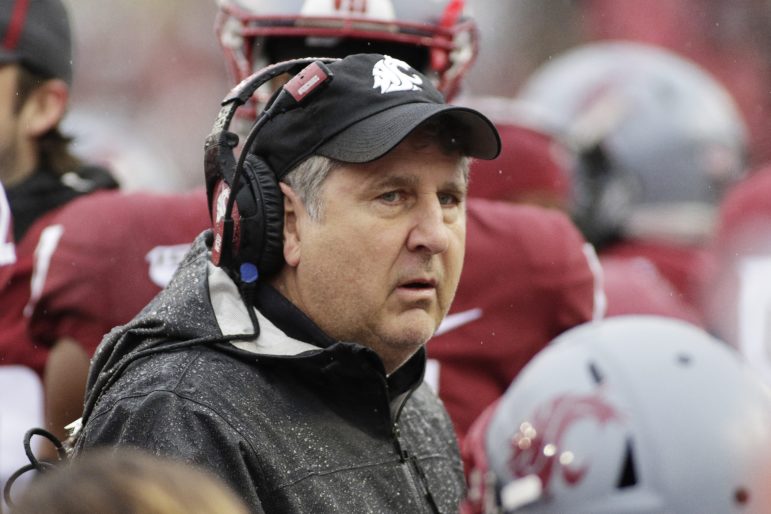 Last time I talked to Mike Leach was in October of 2018. Gardner Minshew, his Washington State quarterback from Brandon, a graduate transfer, was leading the nation in passing. I called Leach to talk to him for a column on Minshew.

Back then, Leach confirmed his recruiting pitch to Minshew, which was essentially, “Gardner, why don’t you come out here to Washington State and lead the nation in passing?” Leach listed all the attributes that made Minshew such a successful quarterback, including intellect, willingness to work and toughness. When we finished talking about Minshew, Leach offered, unsolicited, that he planned to recruit “more Mississippi kids who care about football and don’t mind hard work.”

Fifteen months later, boy, does Leach have his chance to do just that.

Thursday came the news that Leach, co-creator of the Air Raid offense that has revolutionized football, is to become Mississippi State’s 34th head football coach, replacing recently fired Joe Moorhead. Leach has been selected college football’s national coach of the year twice, once at Texas Tech and again at Washington State. His career also has included no small amount of controversy, such as when he was fired at Texas Tech essentially over his treatment of a player, and at Washington State where this past season he called his players “fat, dumb, happy and entitled.”

Clearly, State athletic director John Cohen and president Mark Keenum weighed the past controversy against Leach’s record (139 victories and 16 bowl games in 18 seasons), and opted for the record of consistent success.

Say what you want to, Mississippi football over the past few weeks has suddenly become much more interesting. Since State’s controversial victory in the Egg Bowl, both the Ole Miss and State jobs have changed hands. At Ole Miss, you’ve got Lane Kiffin and at State you’ve got Leach. Neither is a stranger to winning football games or creating controversy.

For those keeping score, Leach already has won the first game between the two. On Sept. 13, 2013, Leach-coached Washington State defeaded Kiffin-coached Southern Cal 10-7. Kiffin was fired three weeks later. (Yes, and Ed Orgeron took over for Kiffin. Now, Orgeron, Kiffin and Leach all coach in the same division of the same conference. College football sometimes works in mysterious ways.)

Flint Minshew, father of Gardner, believes Leach and State are a perfect match.

“He’ll win,” Flint Minshew said. “He’s won everywhere he’s ever been, and he hasn’t coached at easy places to win. Here’s the deal: People ask me how will Mike Leach adjust to Mississippi players. It’s not how Leach will adapt to Mississippi guys; it’s how the guys will adapt to him, because he’s going to do it his way. He always has.”

Interestingly, one of the players he will inherit is another Brandon quarterback, Will Rogers, a player his coaches say resembles Minshew in nearly every aspect. Rogers, who quarterbacked Mississippi to victory in the Mississippi-Alabama All-Star Game last month, already has enrolled at State.

Said Brandon coach Tyler Peterson, “Will reminds me of Gardner in so many ways as a quarterback and a leader.”

In September of 2011, when he was out of coaching, Leach came through Jackson on a book tour promoting his book “Swing Your Sword.” We met at Lemuria where we spent more than an hour talking about just about everything but football. At the time, Houston Nutt was the embattled coach at Ole Miss and there were Rebel fans who wished their school would hire Leach.

“Houston’s been at this a long time,” Leach said. “He’s a good coach. They’ve got time. They can still turn it around.”

Nutt did not. But by the time Ole Miss fired Nutt and hired Hugh Freeze, Leach already had taken the job at Washington State.

At Lemuria, Leach also talked about his decision to coach football instead of practice law. (Born in California and raised in Wyoming, Leach graduated from BYU in three years and then graduated in the top third of his law class at Pepperdine.) Instead of hanging a law shingle, Leach decided to take a $3,000 a year part-time coaching job at Cal Poly. He got hooked, and his coaching journey took him to College of the Desert, Finland, Iowa Wesleyan and Valdosta State before elevating to Division I. At Iowa Wesleyan, he and Hal Mumme devised the Air Raid offensive attack that has been copied at virtually every level of football.

One reason Mumme and Leach devised the spread-the-field-and-hit-’em-where-they-ain’t system was because they often competed against teams with superior talent. The Air Raid was an equalizer.

In the SEC West, Leach will often find himself in a similar situation where Alabama, LSU, Auburn, Texas A&M and the like will frequently have stronger, more gifted athletes.

One problem he’ll face now that he didn’t face 20 years ago. These days, just about everybody, including Alabama, runs some version of Air Raid.