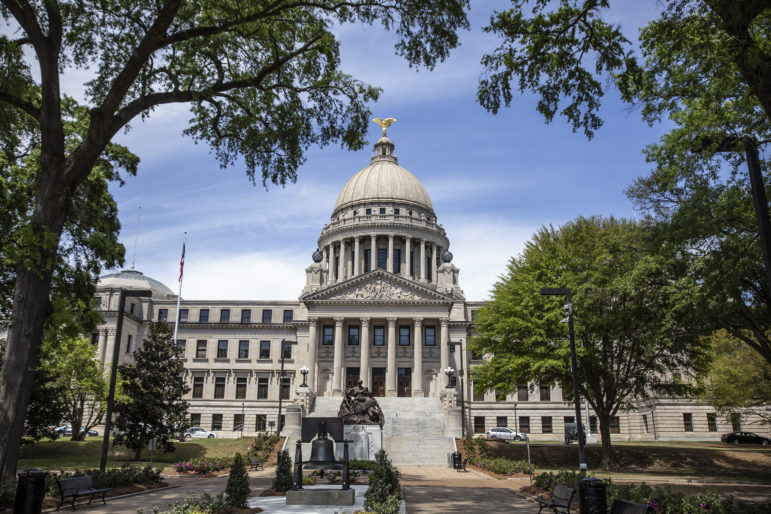 The latest revenue estimate will be adjusted late in the 2020 legislative session, which starts in January.

Legislative leaders and Gov.-elect Tate Reeves will have an additional $107 million during the 2020 session to address campaign promises made during the recently completed statewide elections, based on early estimates.

Legislative leaders and outgoing Gov. Phil Bryant met Friday morning in the Woolfolk state office building to adopt an official estimate of the amount of money the state will collect in tax collections for the remainder of the current fiscal year and for the new fiscal year, which starts July 1.

It is possible – perhaps likely – that the revenue estimate will be adjusted late in the 2020 session, which starts in January, but the preliminary estimate is that there will be $107 million more to expend during the upcoming session than there was during the 2019 session.

Those funds will come in handy since both Reeves and Lt. Gov-elect Delbert Hosemann committed to significant teacher pay raises for the 2020 session. In addition, there has been talk of expending funds on other items, such as on work force development, early childhood education and on a state employee pay raise.

Friday’s annual meeting of the 14-member Legislative Budget Committee and Bryant was unique in that its participation included the outgoing governor, who could not run for re-election because of term limits, and Gov.-elect Reeves, who was chairing the meeting as the current lieutenant governor. Reeves’ tenure as governor begins in January.

It has been rare in the state’s history to have an outgoing governor and gov-elect participating in the annual meeting to set the revenue for the upcoming session.

“You can’t swing a cat without hitting a governor,” Bryant quipped at one point during the meeting.

And then for the upcoming fiscal year, beginning July 1 the projection is that collections actually will decline $30.7 million over the amount projected to be collected during the current year.

“It is a very conservative estimate,” Reeves said.

The Budget Committee and governor adopt the estimate based on a recommendation made by the state’s financial experts, consisting of the treasurer, the state fiscal office, an analyst with the Legislative Budget Committee, the revenue commissioner and the state economist.

State Economist Darrin Webb told the committee and governor that the estimate for the upcoming fiscal year was lowered, in part, because of tax cuts and diversions from the state general fund passed in recent years that are just beginning to kick in.

Still, Bryant said the growth in revenue is laudable.

“To all of those who thought we had given away the store (in tax cuts) to those mean old corporations, we will have more money than ever before,” he said.

Based on statistics, such as growth in the state’s gross domestic product, the Mississippi economy is still trailing that of the nation.

But Webb said, the state economy “has built a little momentum over the past three years. Nevertheless, we remain below the peak of 2008” before the Great Recession.

The GDP represents the total value of goods and services.

In the coming weeks both the governor and legislative leaders will release budget proposals before the start of the 2020 legislative session.

Legislative leaders, governor anticipate $107 million more for 2020 than during 2019 session