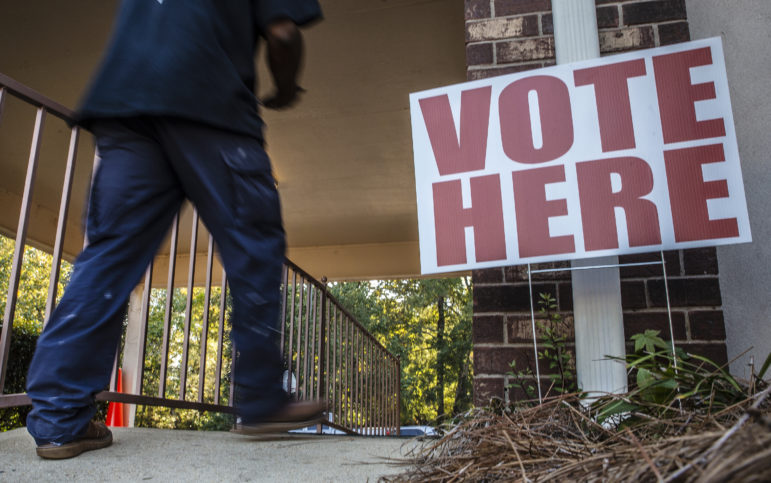 When the dust settled Tuesday night, Mississippi Democrats could not lay claim to any statewide office or statewide function of government.

Perhaps the most important elections in terms of controlling state government was for the legislative seats. In the Senate, Republicans picked up three seats and will hold a 36-16 advantage. Perhaps, the only solace the Democrats can find is that, while some elections are still close, it appears that the Democrats will have one more seat in the House than they did at the beginning of the 2019 session. When the session begins in January unless recounts in a couple of close elections change things, Republicans will hold a 75-46 advantage in the House with one independent – Angela Cockerham of Magnolia, who served the last term as a Democrat.

“Yesterday was a great night for Republicans,” said outgoing Gov. Phil Bryant. “We won it all. Mississippi showed out and Republicans swept the statewide elected positions.”

State Rep. Robert Johnson, D-Natchez, said going into the election he believed that Democrats were in position to make big gains because of what he said were three major issues – the poor conditions of health care, infrastructure and many of the schools throughout the state. But he believed national politics “trumped” those issues. He said he believes the efforts to impeach President Donald Trump led many Mississippians to the polls to cast a protest vote against Democrats.

“But what does what is going on in Washington have to do with roads here?” he asked.

It is likely Johnson will be selected as the House Democratic leader when the new four-year term begins in January, making him one of the most visible Democrats in the state.

Despite Tuesday’s big election loss for Democrats, Johnson said they should not back down from advocating for the issues they believe will move the state forward.

“If those are your issues, go with them. Don’t back down. Don’t soft pedal them,” he said, saying his goal would be to work with incoming Lt. Gov. Delbert Hosemann and House Speaker Philip Gunn.

Despite state Rep. Jay Hughes losing the office of lieutenant governor by 20 points, Johnson said his singular focus on education forced Hosemann to make commitments on education that Democrats will be happy to work with him to achieve.

Hosemann, most likely, would disagree with the commentary that Hughes influenced his policy, but he did advocate improvements in many of the same areas as the Democrats – education, health care and infrastructure.

After his convincing victory, Hosemann said he believes “we were able to put together a positive plan we believe will help make Mississippi an even better place for our children and grandchildren. And when we make you a promise, we keep it.”