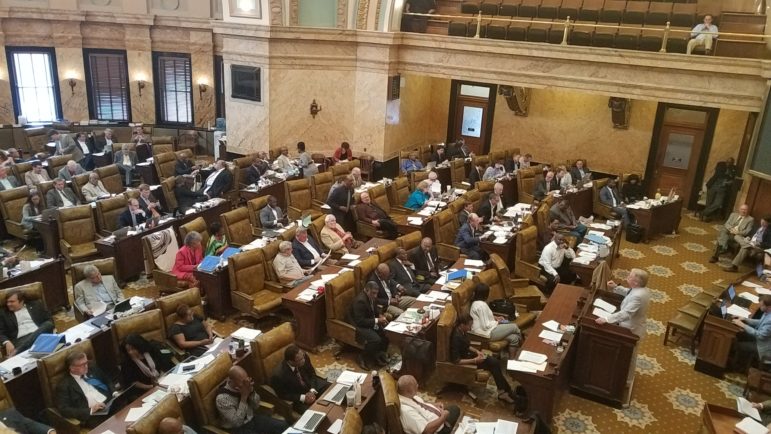 Mississippi Democrats, after a litany of setbacks, have modest goals for the Nov. 5 legislative elections.

Only Democrats wearing the most rose-powered glasses would have any hope of garnering a majority in the 122-member House or the 52-member Senate.

Their goal is to win enough seats to strip Republicans of their so-called super majority (or three-fifths majorities) in both chambers. A three-fifth majority gives legislators the votes to pass a tax bill – cut or increase – without any Democratic votes.

“We are not under any illusion we can take majorities in either chamber this election cycle,” said House Democratic Leader David Baria, of Bay St. Louis, who is not seeking re-election. Baria said Democrats believe overcoming the legislative super majorities is a “doable project.”

The House super majority, in particular, could be viewed as a legacy of outgoing Gov. Phil Bryant. Then-Lt. Gov. Bryant, as presiding officer of the Senate in 2011, took the unprecedented step of inserting himself in the House redistricting process in a way that proved tremendously advantageous for his Republican Party.

In 2011, House and Senate members were redrawing legislative districts to ensure equal representation based on population shifts found by the 2010 Census.

The precedent had been for each chamber to pass its redistricting plan and then it would be rubber-stamped by the other chamber. But in 2011 Bryant put an end to the precedent by refusing to pass the House plan.

Bryant’s intention was simple – to block the House plan, which Republicans believe was gerrymandered to help Democrats win House seats.

With the Legislature at loggerheads after Bryant’s decision to block the Democrats’ House plan, the issue went to the federal courts. In the past, the courts had demanded that legislators run in the next election in newly drawn districts based on the latest Census data.

In this instance, though, the courts said that districts could be redrawn by legislators after the 2011 election, but before the 2015 contests.

In the 2011 elections, Republicans won a slight majority in both chambers and redrew the districts in 2012 in a manner more advantageous to Republicans and hence the super majorities were obtained as a result of the ensuing 2015 elections and party switchers.

Perhaps, even likely, the Republicans still would have gained majorities in the 2011 elections under the House Democrats’ plan had Bryant allowed that proposal to become law. All things being equal, there are just more Republicans than Democrats in the state and even the most imaginative redistricting cannot erase that fact.

But by the same token, it would have been much more difficult for the Republicans to get to that three-fifths super majority under the plan proposed by the then House Democratic majority.

This election cycle Democrats hope to erase that super majority.

House Speaker Philip Gunn, R-Clinton, does not believe the Democrats will be successful.

“We fully expect to maintain the Republican majority and most likely increase our numbers,” Gunn said recently.

Republicans currently hold a 75-46 advantage in the House with one vacancy while Republicans maintain a 31-18 advantage in the Senate with three vacancies. A three-fifths majority in a 52 member Senate is 32 members and 74 members in the 122 member House.

In the upcoming election, both parties have seats they are targeting and both see pathways to achieving their goals – albeit modest goals for the Democrats. In general, on paper it appears more doable for the Democrats to achieve those modest goals in the House than in the Senate based on the number of contested elections in each chamber.

Both sides know the demographics and past results in legislative and statewide races in each district, giving them an idea of which districts are competitive.

But occasionally, election outcomes occur that are hard to predict based on historical results.

For instance, in 2007 incumbent Speaker Billy McCoy, D-Rienzi, and challenger Jeff Smith, I-Columbus, were both trying to elect enough members to ensure their selection as speaker for the next four years. Republicans, who knew at the time they could not capture a majority, had thrown their support behind Smith, who could garner the support of some conservative Democrats.

McCoy and Smith each had House candidates they were supporting. No one was paying much attention to District 111 in Jackson County – viewed as a safe Republican seat and thus as a vote for Smith’s speakership.

But in 2007, Brandon Jones, a young Democratic attorney from Pascagoula, surprisingly won the seat by 11 votes. Despite immense pressure on Jones to vote for Smith, he stayed committed to McCoy.

That unexpected Jones victory was important for McCoy and the Democrats since McCoy was re-elected speaker by a 62-60 margin.