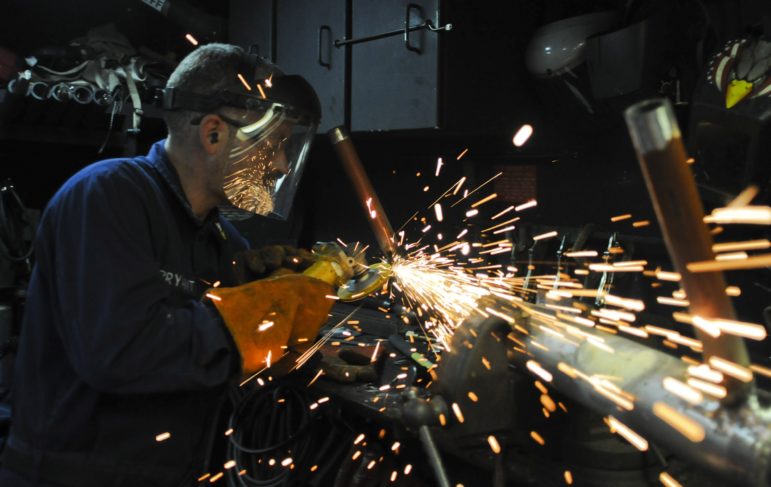 If you’re like 74 percent of workers in Mississippi and don’t have a bachelor’s degree, the state has good news for you: Mississippi is ranked second in the nation for creating high-paying jobs that don’t require a four-year college degree.

The information has been trumpeted by the state’s top workforce development officials, celebrated amidst business leaders, shared on social media and reported by a conservative-leaning news website.

But there’s one problem: It’s not true.

At the heart of the claim is a 2017 report completed by Georgetown University researchers titled “Good Jobs that Pay Without a BA: A State-by-State Analysis.” The Georgetown study aims to examine opportunities for people in each state without a Bachelor of Arts (BA) or other four-year degree, a shrinking group nationally. The report is part of the university research center’s Good Jobs Project produced in conjunction with investment banking firm JPMorgan Chase. 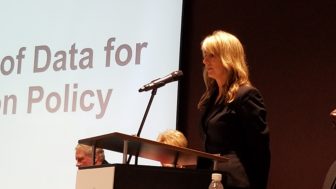 The report has been widely cited by leaders across the nation to tout opportunities for blue-collar workers. Recently, in Mississippi, the head of the state’s workforce development board and governor’s longtime top policy advisor Laurie Smith told an audience at the University of Mississippi Tech Summit: “There’s a Georgetown study I like to refer to that ranked Mississippi number two in the nation for holding what’s called ‘good jobs.’”

But Smith’s assertion muddles the report’s findings by conflating key concepts and misstating figures in the report, according to a close analysis of the study as well as interviews with its authors.

During her panel discussion, Smith defined “good jobs” as those paying at least $50,000 a year without requiring a bachelor’s degree. The report defines “good jobs” as paying $35,000 to workers under age 45 and $45,000 to those over age 45. “Mississippi was ranked second in the nation for growth in those jobs,” Smith said.

According to a Georgetown Study Mississippi is ranked #2 in the nation for the most “Good Jobs.” Today SWIB Executive Director, Dr. Laurie Smith is attending the NGA Conference and learning more about Good Jobs for all Americans and preparing our state’s workforce for those jobs! pic.twitter.com/qIzzk3yhTz

Officials have repeatedly used the report to suggest Mississippi is a national leader for creating or growing high-paying jobs that favor acquiring skills over education, despite the state holding less than one percent of the nation’s such jobs.

One media report that relied heavily on Smith and other workforce officials further distorted statistics by stating, inaccurately, Mississippi is ranked number two for prevalence of these jobs.

The use of data contained in the Georgetown report follows similar misrepresentations of economic data by other key state leaders in recent months.

For example, despite proclamations about the state’s record low unemployment, Mississippi’s job growth rate lags the rest of the U.S. while the state’s labor participation rate is the second lowest in the nation.

In March, a series of Mississippi Today stories about NSPARC, which also mischaracterized information from the Georgetown report in printed promotional materials, highlighted how that agency’s then-director, Mimmo Parisi, deployed what he called “alternative data” to paint a picture of a “bigger, better” Mississippi economy.

And even though unemployment is on the decline, an analysis of Bureau of Labor Statistics data shows that cashiers make up a greater portion of Mississippi’s workforce — about 37 out of every 1,000 workers — than any state in the country. These workers earn average $19,620 annual salary, less than half the state’s median household income.

After identifying inaccuracies in the state’s printed and verbal statements, Mississippi Today contacted the authors of the Georgetown report, sending Smith’s statement and a link to video of her speech.

“That’s obviously not accurate,” said Jeff Strohl, director of research at the Georgetown University Center on Education and the Workforce, of Smith’s statement.

Smith did not respond to request for comment for this story.

The report shows that Mississippi is not a leader in the growth or prevalence of such jobs as manufacturing or health care services that typically require training beyond high school but not a bachelor’s degree.

In fact, a Mississippi Today analysis of the report’s data shows workers in Mississippi are less likely to have a bachelor’s degree or a “good job” than in any other state.

Just 30 percent of Mississippi workers without a four-year degree have a “good job,” which ties the state for last place, with Arkansas, according to 2013-2015 data from the U.S. Census Bureau’s American Community Survey included in the report.

Mississippi’s No. 2 ranking in the report arises when examining the educational levels of the people holding “good jobs” in each state. Of good jobs in Mississippi, a larger share, 61 percent, are held by people without a bachelor’s degree than in every state but Wyoming.

This is a result of the 74 percent of all workers lacking a bachelor’s degree. Mississippi is second to last in the nation for the number of people with four-year degrees ahead of only Nevada.

Mississippi’s No. 2 ranking is a better reflection of the educational attainment of the workforce than the sheer availability of good jobs, said another author on the report, Neil Ridley, director of the State Initiative at the Georgetown University Center on Education and the Workforce.

Good jobs are here! Mississippi is ranked #2 in the nation for for creating high-earning power jobs that require less than a 4-year college degree, with an average salary of $53,000. Find your career on https://t.co/wC09TWW1K9 #PrepareConnectSustain pic.twitter.com/vwHuNQN3zd

Mississippi Today provided the language of the Georgetown ranking on NSPARC’s “State Economy Scorecard,” to Darrin Webb, the state’s economist, who called it “quite the positive spin for a stat that means very little,” in an email.

The Georgetown report does rank states for their growth since 1991 in both blue collar and skilled service jobs that meet their “good jobs” pay standard and are held by people without bachelor’s degrees — but in that metric, Mississippi ranks 15th and 18th, respectively.

“There seems to be a mixing of the metrics,” Ridley said.

While states in New England and the Rust Belt generally lost higher-paying blue collar jobs for folks without a bachelor’s degree since 1991 following a sharp decline in industry due to automation and the outsourcing of production to other countries, most other states have grown those jobs by more than 20 percent. All but three states have increased the number of their high-paying, non-BA skilled service jobs.

Mississippi is one of only ten states that have seen an increase since 1991 in “good” manufacturing jobs held by people without a bachelor’s degree.

Nationally, policymakers have shifted focus to cultivating career options for people who decide against pursuing bachelor’s degrees. Strohl explained that white men have fared relatively well in the national shift away from the non-BA economy and the replacement labor force has been heavily Latino.

“But for that population, for the Latino citizen and immigrant, they get a lot of bad jobs for every good job they get,” Strohl said. “Something people don’t talk about when they talk about the glories of the middle economy is, yeah, it supplies good jobs but it also supplies a heck of a lot of bad jobs.”

Mississippi made national news in August when agents raided seven chicken plants in the state, detaining nearly 700 workers in the largest immigration enforcement operation in a decade.

The report claims employers in Mississippi are having difficulty filling 40,000 job openings without a labor force prepared for those jobs, suggesting a boom in skilled labor jobs across the state.

“I think there’s a lot of industry coming to this state, because we have the workforce to support it,” Smith said during the panel, “and I think we have a quality of life and lots of great things here that are also enticing to them.”

Smith boasted the state’s “Mississippi Works” app, developed by NSPARC, where employers may post job openings and users can input their resumes and search for jobs based on their qualifications, as well as their GPS location.

The median annual salary of all jobs on the site was $25,520, which would not qualify as a “good job” by Georgetown’s standards.*

*Read more about our analysis in this data note.