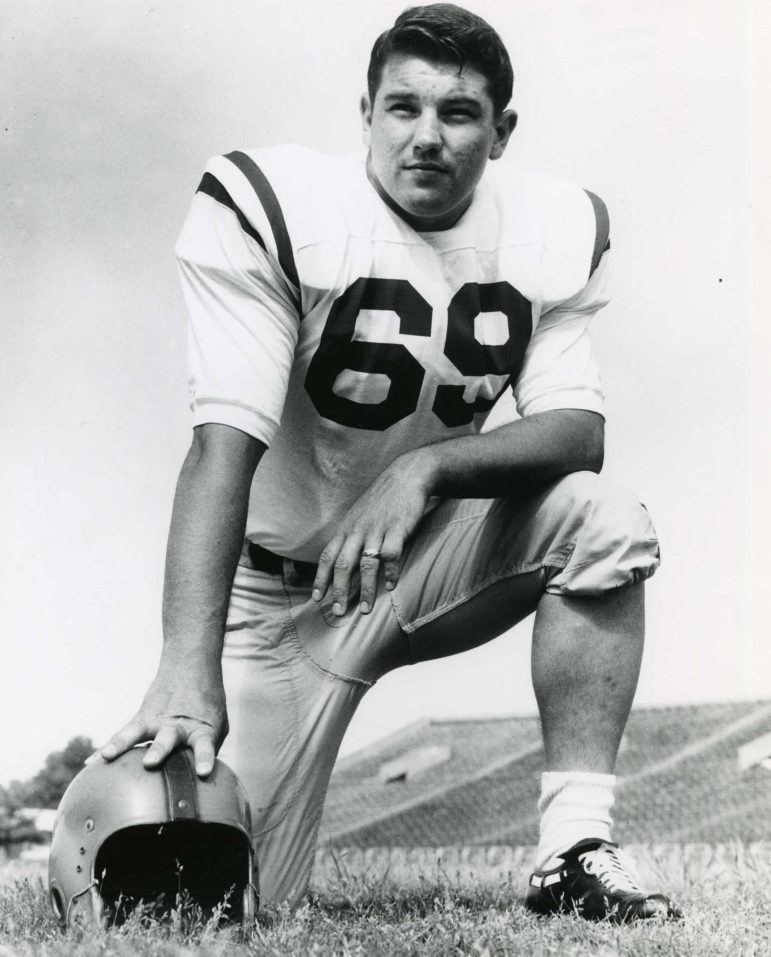 Richard “Possum” Price was a standout both offensively and defensively on Ole Miss football teams that won 29 games, lost three and tied one.

This is the third of a series on the Mississippi Sports Hall of Fame Class of 2019, which will be inducted Aug. 3 at the Jackson Convention Center.

Ole Miss coaching legend John Vaught once told me Richard “Possum” Price was not only the best linebacker he ever coached but also the best he ever saw.

That covers more than 80 years of Vaught’s playing, coaching and watching football.

Years ago, Pro Football Hall of Famer Bill Shaw, who played on the same Vicksburg high school football team as Price, expressed disbelief that Price had never been elected to the Mississippi Sports Hall of Fame.

Said Shaw, “I am almost ashamed to be in the Mississippi Hall of Fame if Richard Price isn’t. He was as good as anybody I ever saw. I wanted to be like him.”

On Aug. 3, six days after Price’s 80th birthday, a major oversight gets corrected when Price will be inducted into the MSHOF.

“Better late than never, I guess,” Jake Gibbs, Price’s famous Ole Miss teammate, said. “I’ll tell you this much, anybody who ever saw Possum play knows he should have been in a long, long time ago. Man, he was a football player. He would ever more knock the fire out of you.”

Not only was Price a Hall of Fame football player, he was – and is – an almost larger than life character. Once a poor student and self-admitted teen terror, he became a remarkably successful businessman and philanthropist. Once a rowdy teenager who knew the inside of jails before he graduated from high school, he became a mentor and benefactor to many troubled youths later in life.

Price got his nickname as a freshman at Ole Miss because of his nocturnal habits: up all night, sleep during the day.

Price was recruited to Ole Miss by another legend, Bruiser Kinard, and there’s a story there. Vaught and Kinard failed to win over Price out of high school. Highly recruited, Price instead signed with Texas and Darrell Royal.

Price spent about a week in Austin. “I got homesick, bad homesick,” he says. 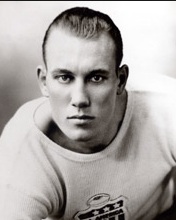 Kinard was dispatched to Vicksburg when news reached Oxford that Price had left Texas. In Vicksburg, Kinard searched everywhere for Price and was finally told that he might try a certain tavern down the street.

There, Kinard found Possum Price, sitting on a stool at the bar, drinking a beer and smoking a cigarette. Kinard’s recruiting pitch was brief. “Come on, son, we’re going to Oxford,” Kinard said, and so off they went.

“When Coach Bruiser told you to do something, you just did it,” Price said, chuckling at the memory.

A couple years later, other Ole Miss assistant coaches suspected Price, by then an established star, was smoking cigarettes, a clear violation of team rules.

“What do we do?” they asked Vaught.

“Don’t catch him,” answered Vaught, who again asked Kinard to have a talk with Price.

“Are you still smoking?” Kinard asked.

“Coach, I can’t,” Price said. “I have been smoking as long as I can remember, and I just can’t quit.”

Said Kinard, “Well, at least try to cut back some, will you?” 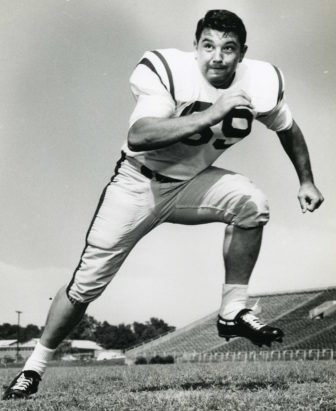 Richard Price is the 14th 1959 Ole Miss Rebel to go into the MSHOF.

When Kinard went on recruiting trips during Price’s freshman year, he took Price with him. When Ole Miss played on the road, Price made the trips even though freshmen weren’t eligible. Why?

“They thought they had to babysit me. They were scared I would leave,” Price said.

He never did. And, during his three varsity seasons during which he started at both offensive guard and linebacker, Ole Miss won 29 games, lost three and tied one. The 1959 team finished 10-1 and outscored opponents 349-21. Those Rebels did not give up a touchdown drive of more than seven yards all season and only Billy Cannon’s 89-yard punt return spoiled a perfect season. Two months later, Ole Miss whacked LSU and Cannon 21-0 in the Sugar Bowl.

Price was the first of several Rebels to hit Cannon on the long punt return. “I slipped on the wet grass just as I hit him. I couldn’t wrap him up. I still have nightmares about it. Except for Cannon’s return, they never got past our 40.”

How good was that 1959 team? Price will be the 14th ’59 Rebel player inducted into the MSHOF. Vaught and seven of his assistants are also in the MSHOF.

Says Price, “I thought they might have forgotten me.”

Those who saw him play never will.