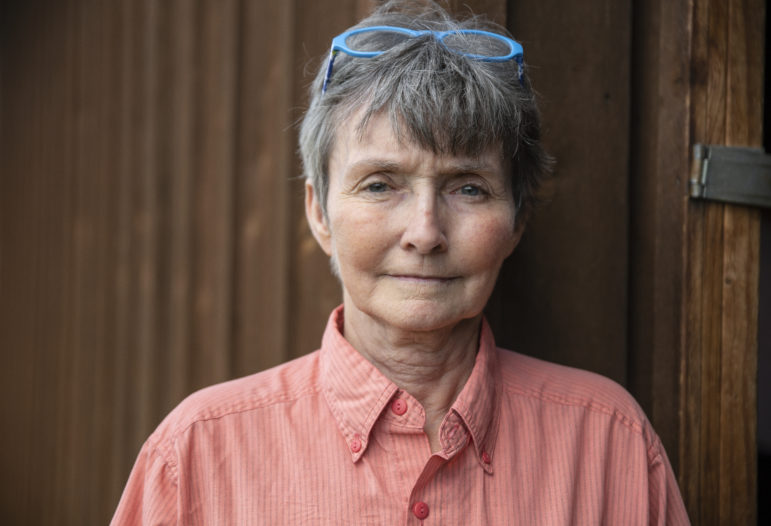 Klara Reid was diagnosed in 2011 with Mycobacterium abscessus complex. The incurable infection effects her lungs. The condition resulted in Reid retiring from her job in 2013. She changed to an insurance plan that would cover her treatment, but the bill quadrupled.

TYLERTOWN—On a good day, 67-year-old Klara Reid can make up to $150 from selling her homemade breads, jams and crochet accessories at the Tylertown Farmers’ Market on Tuesdays.

Engulfed in a short-sleeved peach button down shirt, the petite, gray-haired woman bounces from table to table, enticing customers with cinnamon rolls. Under her left sleeve, a pink and purple cotton band covers two IV inserts on her upper arm, where she’ll administer an antibiotic at home later.

Reid’s doctor diagnosed her in 2011 with Mycobacterium abscessus complex, an incurable infection which affected her lungs and forced her to retire in 2013. The antibiotics tamp down the infection enough for her to perform daily tasks, like operating her booth at the market, where you can find fresh vegetables, woodworking and, sometimes, line dancing.

Reid’s insurance company pays thousands of dollars a month for her home infusion therapy, but because of a recent change to the plan, her monthly out-of-pocket cost for supplies has nearly quadrupled from between $100 and $125 to more than $400, about one fifth of the combined monthly Social Security checks that Reid and her husband draw.

Such a price increase is normal in today’s health care marketplace, but no less jarring to people like Reid, who live on fixed incomes and struggle to understand and get relief from the sudden cost spikes.

And even the busiest market day in Tylertown, a town of 1,786 with a poverty rate of 28 percent, will unlikely make up for that increase.

“I just can’t pay that kind of money. I just don’t have it,” Reid said. 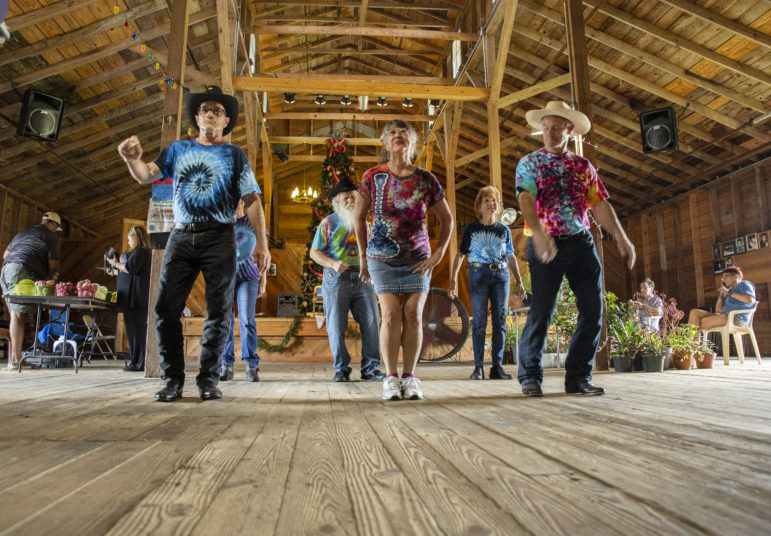 On top of that, families are also paying more out-of-pocket for care as deductible spending has increased more rapidly, by 176 percent between 2006 and 2016, than payments from insurers, 48 percent in the same time period, according to the Health System Tracker, a partnership between Peterson Center on Healthcare and the Kaiser Family Foundation.

Charged more than $50,000 so far in 2019 for ongoing care, Reid’s bills are emblematic of broken promises, failed policies and political gridlock within the country’s health care market.

The U.S. home infusion therapy market, valued at $7 billion in 2017, is expected to grow to $13.5 billion by 2024 as increasing rates of hospital acquired infections and chronic diseases have led to greater demands for the treatment, according to research firm Global Market Insights.

“If I were not taking (the IV treatment), the bacteria would go wild and first of all, I’d be in the hospital and then eventually it would probably take me out,” Reid said.

After her diagnosis, Reid received Medicaid, the government-run health insurance program for low-income people and the very sick. When she turned 65, she was switched to Medicare, the government health insurance program for the elderly, which does not cover home infusion therapy — the supplies and pharmaceutical services associated with the treatment.

On the traditional Medicare plan, Reid had a small copay for the drug itself and was able to purchase the other medical items she needed out-of-pocket for up to $125 a month. In renegotiating her plan, she discovered switching to a preferred provider organization plan with Humana would cover the full treatment. “We really thought it would help me with supplies,” she said. 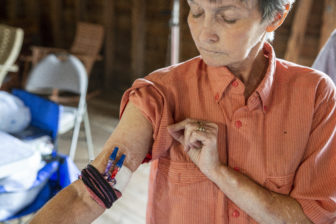 Klara Reid talks points to her IV insert as she talks about her health condition while at the Farmer’s Market in Tylertown, Miss., Tuesday, May 28, 2019. Klara Reid was diagnosed her in 2011 with Mycobacterium abscessus complex.

What she didn’t know is that involving the private insurer — which would prompt the provider to charge the full standard price for home infusion supplies and services — would quadruple her out-of-pocket costs.

There’s nothing unusual about Reid’s bill. Still, Reid doesn’t fully understand everything she’s being charged for and the insurance company hasn’t explained it to her satisfaction.

Connie Sullivan, the chief executive officer of the National Home Infusion Association, said that BioScrip’s charges are in line with, and potentially a bit cheaper than other infusion service providers. She explained that the infusion therapy price for supplies also covers the pharmacy’s costs for the entire service: sterile compounding of medication, making sure the drug is not contaminated, assessing patient response and adhering to strict regulations.

“The challenge with the service component is the patient doesn’t see much of that,” Sullivan said, referring to the various cost factors.

Because Medicare does not cover home infusion therapy, providers often get creative to continue making the service, which is much cheaper than at a hospital, accessible to traditional Medicare patients. Sullivan said it’s likely Reid was receiving some indigent or charity discount prior to joining Humana.

Conversations with her provider and insurer have led Reid no closer to a solution. It took three months for Reid to receive a cost breakdown of supplies — which did not list the actual price for each item — after asking for one.

“At Humana, every person I spoke with through the chain, would say, ‘Ma’am, I’m just so sorry.’ And I’d say, ‘Hun, I don’t want your sorry. I want a solution. I can’t keep paying this,’” Reid said.

At one point last year, Reid went to an outpatient hospital clinic for her infusion therapy after BioScrip and Humana told her it would be cheaper than at home. She’s still paying off that $1,000 bill for one month of treatment.

BioScrip did not return calls to Mississippi Today and Humana declined to comment for the story.

Reid stops short of blaming herself for some of the bill. “I was sick … you’re just too sick to think. Somebody needs to be thinking for you,” she said.

Reid, a high-energy person by nature, also finds it difficult coping with the slowed pace of life of the past several years.

At her first job in the 1970s at the long-departed Tylertown Haspel factory — “originator of the seersucker suit,” according to its website — she was paid by production. She assembled shirt collars so quickly, she earned about $5 an hour, over double minimum wage at the time. 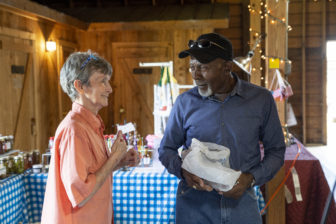 Klara Reid talks to customers while at the Farmer’s Market in Tylertown, Miss., Tuesday, May 28, 2019. Reid sells items at the market to earn extra money.

“I’ve always been active, busy and fast at what I did,” Reid said. “It has been the hardest thing to learn to slow down.”

She left the factory in 1979 to take care of her two children while her husband, Terry, worked offshore as a wireline operator. Reid crafted wooden pieces — door signs, paper towel and napkin holders, dust catchers — that she sold at festivals around the state. In 1995, Reid and her husband opened their own nursery with six greenhouses.

There, she likely came into contact with the nontuberculous mycobacteria, a common soil and water contaminant, that led to her lung infection, Reid said her doctor told her.

Reid still works part time as the treasurer for Magee’s Creek Baptist Church, where she attends. Her husband, Terry, recently left his county road maintenance position to run for a Walthall County supervisor’s seat. The couple also provide financial support to their two grandchildren, squeezing their budget even tighter.

Reid recently told BioScrip to discontinue her supplies. She found nearly everything she needs to deliver the medication at home on Amazon and other medical supply sites, paying just $100 for a three-month supply. Reid hopes to arrange a prescription for the only item she couldn’t buy online — heparin — with her doctor.

“I said, ‘Y’all are killing me … I’m going to have die to get out of debt with y’all,’” Reid said, recalling a phone call with BioScrip about her remaining balance. “I was really joking. I have this really dark sense of humor. But it felt true at the time because you get so frustrated.”

She switched to an insurance plan that covered her treatment. Her bill quadrupled.