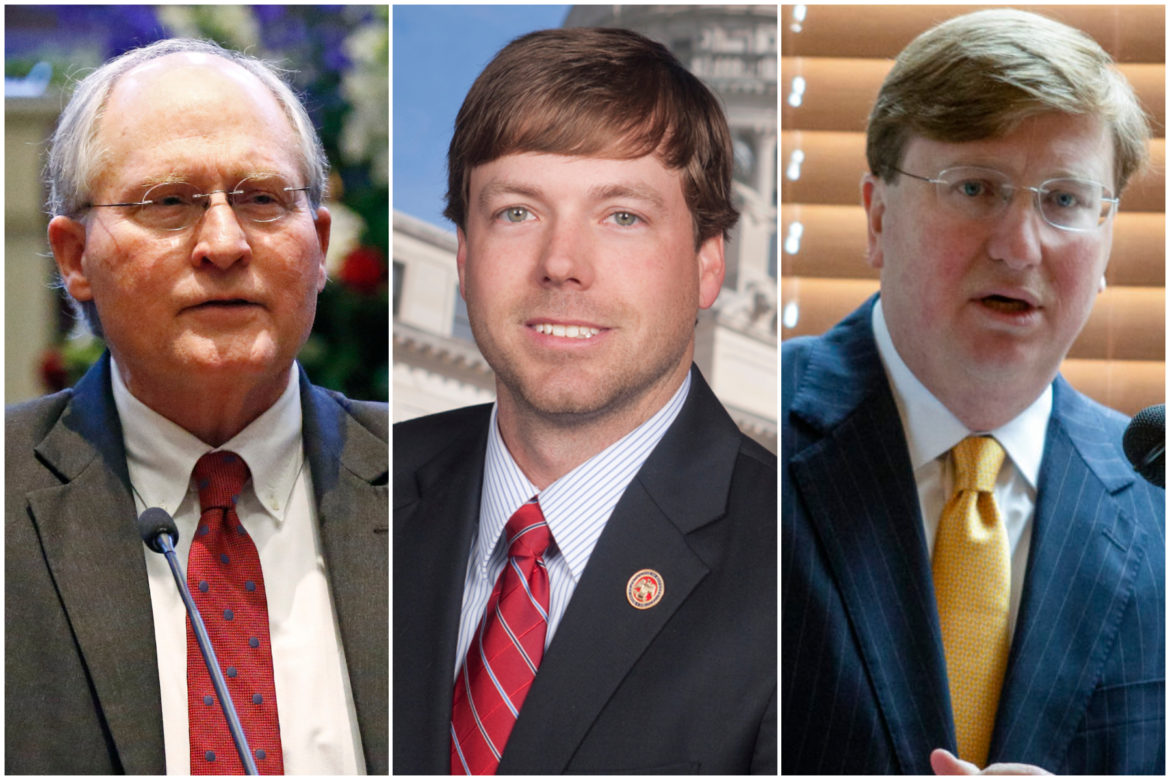 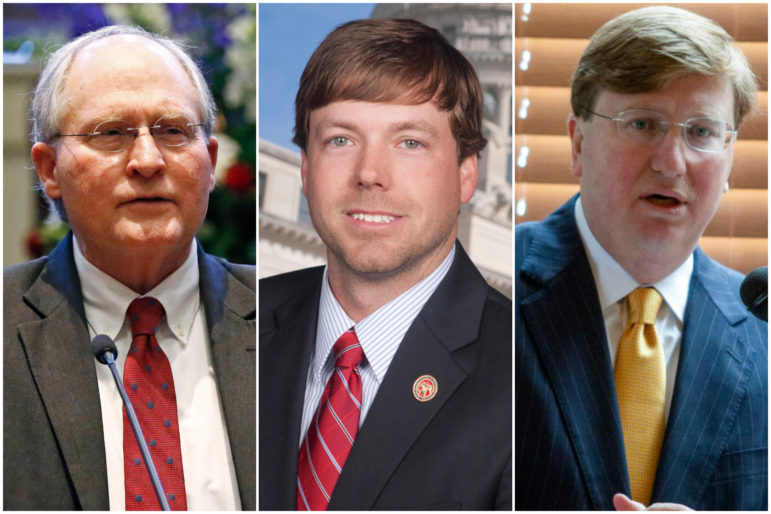 Republican Lt. Gov. Tate Reeves, as he runs for governor this year, spends a great deal of time tweeting and talking about national Democrats and his presumed November general election opponent – Jim Hood – and not about his party primary foes.

When Reeves begins to direct his political disdain on former state Supreme Court Chief Justice Bill Waller Jr., a late entry into this year’s gubernatorial election, or Rep. Robert Foster of DeSoto County, that will be a telltale sign that Reeves believes one or both of them is a threat in the Republican Party primary.

Both Waller and Foster appear to be active on the campaign trail, but thus far Reeves has focused on Hood and trying to link him to what he calls liberal national Democrats.

On April 22, Reeves fired off three tweets when Hood, in response to a question, said that the state’s current lifetime ban on felons being able to vote should be changed to allow people to regain their voting rights at some point after serving their sentence. Reeves said Hood was endorsing terrorists being able to vote.

Those tweets were in response to a comment where Democratic presidential candidate Bernie Sanders – not Hood – said felons should be able to vote while incarcerated.

When U.S. Sen. Elizabeth Warren of Massachusetts, a presidential candidate, held a town hall meeting at Jackson State University in March, Reeves sent out several tweets trying to tie Hood to her.

“The political fight that we have before us in 2019 is with the liberal policies and the liberal ideas of the party of Chuck Schumer, Nancy Pelosi and Jim Hood, and that’s what we’re going to focus on over the next 10 months,” Reeves said in January.

On the other hand, Reeves does not tweet about, talk about or even acknowledge his two Republican Party primary opponents.

Various political operatives have differing views on whether Reeves – long considered the favorite win the primary – faces a serious challenge from either Waller or Foster.

In fairness to Reeves, he is being attacked not just by Hood, but also by Foster and Waller. He is public enemy No. 1 in eyes of most of the candidates running for governor.

But, based on past occurrences, it is safe to assume that if Reeves does feel threatened, he at some point will turn his attention and considerable war chest toward his Republican opponents. During his political career, Reeves has not been adverse to conflict with fellow Republicans. The 2011 Republican primary for lieutenant governor between Reeves and former state Sen. Pro Tem Billy Hewes was contentious and gritty, though Hewes, as mayor of Gulfport, is now a Reeves supporter.

Reeves’ early campaign commercials have focused on Hood, though, he will not face him until November if they both, as the favorites, advance through their August party primary elections.

In the advertisement, Reeves boldly proclaims “Jim Hood won’t. I will.”

If Reeves feels threatened by Waller or Foster, or both, at some point look for a commercial confronting them head on.

May 10 is the deadline for candidates to file campaign finance reports with the secretary of state’s office for the first four months of the year.

If Waller, for instance, has raised a significant amount of cash, do not be surprised to see commercials where Reeves’ focus changes from the November general election to the August party primary and on why he is a superior candidate to Waller or Foster, or both.

Such a commercial will be that telltale sign that one of them is making headway against the favored Reeves.

Favored Reeves so far focused on Hood, national Democrats, not his Republican foes

by Bobby Harrison, Mississippi Today
May 5, 2019