A photograph from the 1979 Mississippi College yearbook shows Andy Taggart (second from left), a Republican candidate for attorney general, performing in a skit with two people were wearing blackface.

A 1979 Mississippi College yearbook photo features Andy Taggart, an attorney and Republican vying for the attorney general’s seat, performing in a rush skit. At least two people can be seen wearing blackface in the photo that a source sent to Mississippi Today. Taggart is dressed as a cowboy in the scene, which the caption says is based on the TV show Gunsmoke.

After reviewing the photo on Wednesday, Taggart told Mississippi Today that he didn’t remember the photo or skit but that blackface is inappropriate.

“The use of blackface is clearly offensive to lots of people. It’s not appropriate, and I am sorry that I was portrayed in that way,” Taggart told Mississippi Today.

Taggart has already argued that the ongoing use of racist symbols are increasingly out of line with today’s values. Last week, he told Mississippi Today that the current Mississippi state flag, the last flag in the U.S. to incorporate a Confederate emblem, should be replaced with one that “is unifying rather than dividing.” He is the most vocal Republican running for statewide office taking that stand.

“It’s supposed to represent all of us and supposed to be a banner under which all of us can be proud, and it’s just not that today,” Taggart said of the flag.

Mississippi College does not have traditional fraternities and sororities but instead five social “tribes” for female students with names like Swannanoa and Nenamoosha, which are not actual Native American tribes. Taggart’s photo was taken during a rush event for the Swannanoa tribe.

In February, a Democratic SuperPAC that performs political opposition research, posted on its website yearbook pages of the Millsaps College chapter of Kappa Alpha Order in the early 1990s, when current Lt. Gov. Tate Reeves, who is running for governor this year, was a member of the fraternity.

The photos include three members with their faces painted, one wearing dark-colored face paint and the stars-and-bars pattern of the Confederate battle flag. Another photo on the fraternity page features a group of men dressed as Confederate soldiers and planters, one of whom is waving a Confederate banner.

Similarly, that same week yearbook photos surfaced of students in Ole Miss’ Pi Kappa Alpha fraternity, when Attorney General Jim Hood, the leading Democratic candidate for governor, was a member of the fraternity in the 1980s. In the picture, several men wearing necklaces and holding sticks have their faces painted in dark and light-colored paint. Another man to right side of the photo is wearing what appears to be a white sheet with holes cut out for the eyes and mouth.

Spokespeople for Hood and Reeves said they are not in either photograph.

But such photos are far from rare in Mississippi. In fact, a Mississippi Today survey of yearbooks from colleges in the 20th century revealed dozens of objectionable photographs at universities across the state. 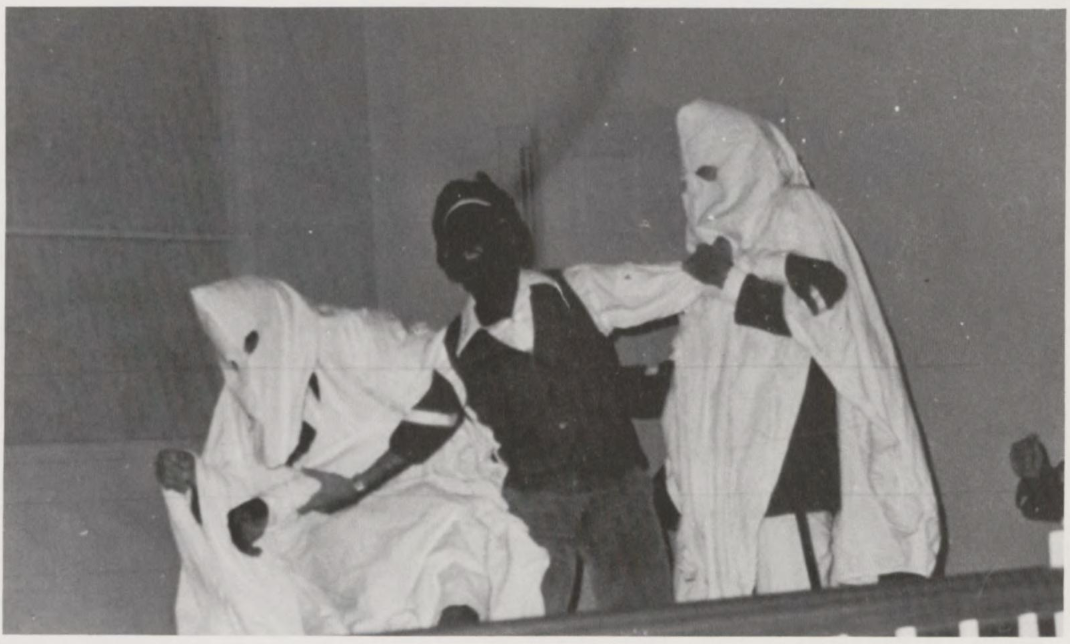 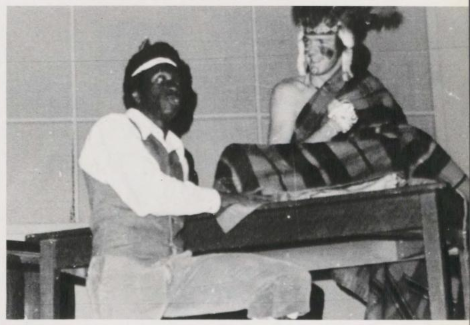 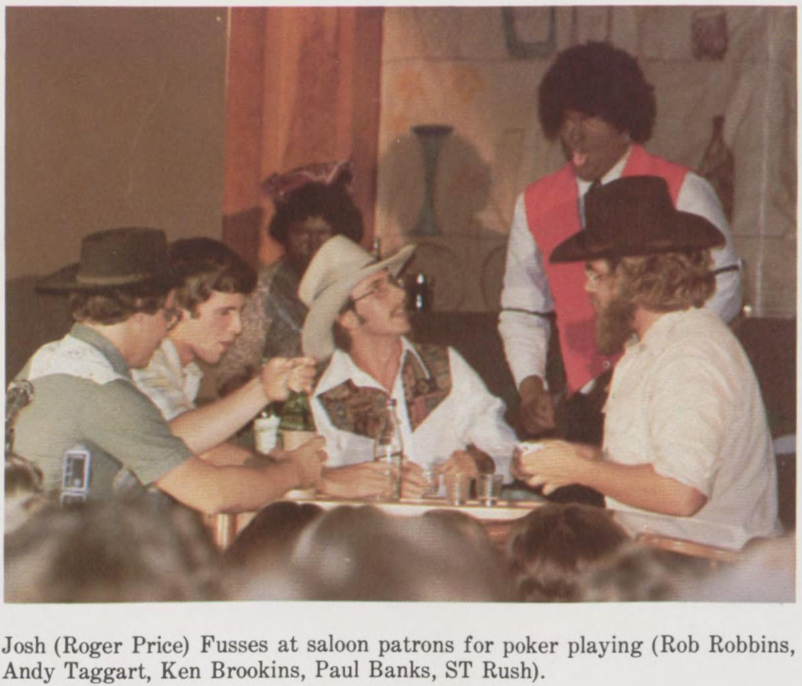 A photograph from the 1979 Mississippi College yearbook shows Andy Taggart (second from left), a Republican candidate for attorney general, performing in a skit with two students who were wearing blackface. 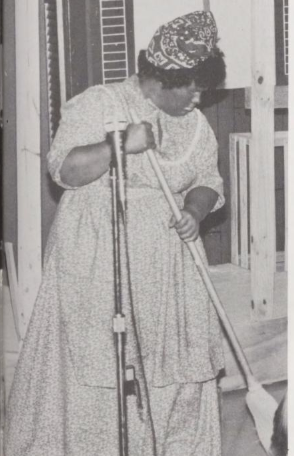 The caption for this photo, from the 1979 Mississippi College yearbook, reads: (student tribe) president Janice Thompson plays the maid in ST Gold Rush 1978.

Several other photos featuring blackface also appear in the same Mississippi College yearbook in which Taggart appears. One depicts two people dressed in Klan robes holding the arms of a person in blackface; another shows a man in blackface kneeling next to another man dressed in Native American garb. Yet another photo shows a female student in blackface depicting a maid.

Taggart, however, said he did not remember blackface being common at Mississippi College when he was a student in the late 1970s.

“There is much about (Mississippi’s) past that is very unattractive and I’ve dealt with that very forthrightly through my whole career,” Taggart said. “A photograph that was taken 40 years ago reflects decisions that were made at that time. Confronted with the opportunity to make that decision today I certainly would not have participated.”