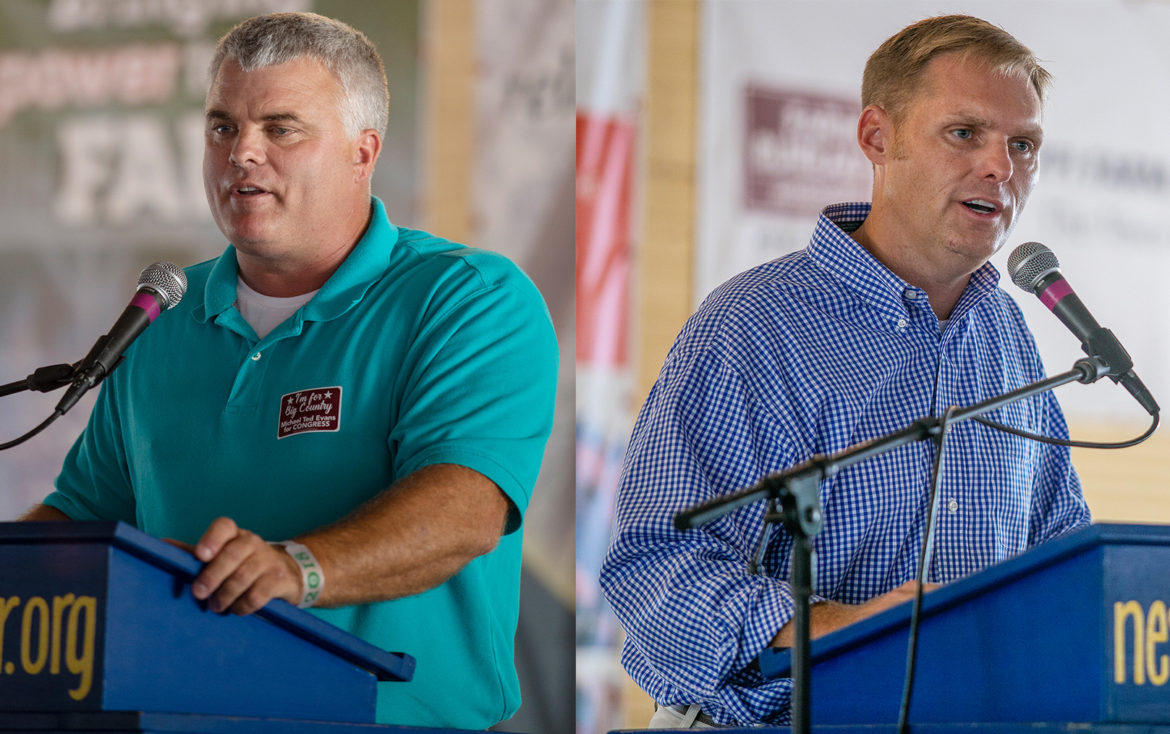 How to ensure protections for people with pre-existing health conditions is an issue in Mississippi congressional races just as it is in the two U.S. Senate races that will be on the ballot Tuesday.

The Guest campaign said, “President Trump has made it clear that he supports protecting the coverage of pre-existing conditions. Mississippians want a health care system that works for them and provides affordable and accessible care, but not a system that is completely run by the government.”

But Guest’s Democratic opponent, Michael Ted Evans, said of the lawsuit, “I absolutely do not agree with this. Too many people went too long without insurance or with very expensive insurance because they had a condition insurance companies wouldn’t cover. That’s wrong, and I will not support any effort to do away with that protection.”

Evans said the issue is important to him and his family because his wife is a cancer survivor.

The two candidates are vying to replace Republican incumbent Gregg Harper of Pearl, who is retiring after 10 years representing the 3rd District.

Guest is the heavy favorite in the Republican-leaning 24 county district that stretches from Oktibbeha County in northeast Mississippi all the way to the southwestern portion of the state in Wilkerson County. The district is dominated by populous Rankin and Madison counties that are heavily Republican.

Guest is the district attorney of those two counties.

Earlier this summer, especially at the Neshoba County Fair, Evans tried to make the case that it was time to have representation from outside of Rankin – by far the most populous county in the district and the home of both the incumbent Harper and Guest.

But many political observers believe Evans lacks the funds to successfully get his message out.

Evans says he is optimistic about the campaign.

“I have been to all the counties, visiting with people from all walks. Right now, I’m on my Big Country Tractor Tour going from town to town on the backroad,” Evans said. “That’s how you can really get a feel for a place – being out in the open and seeing the rural areas up close and personal. I even ran into a camel-milking operation.

“Folks in the 3rd District work hard. They deserve someone who knows how to work hard representing them in Washington D.C.”

Of the campaign, spokesman Rob Pillow said, “Michael Guest has continued to travel throughout all 24 counties numerous times during the primary, runoff, and now the general election to talk to people in their home towns about his background, experience and positions on the key issues affecting our state and country. Under Republican leadership, we have seen economic growth in Mississippi.

“With continued Republican leadership in Washington, we can continue creating an environment of lower taxes and fewer regulations that will result in a growing economy and more opportunities for people.”

The Guest campaign said the candidate “believes one way to continue this growth is through strengthening workforce training programs,” especially through private-public partnerships. He said community colleges are key to those efforts.

To improve the district Evans said, “make college more affordable for all of our young people. We’ve got to do something to help them stay here to make their careers and raise their families. Expanding our health care economy and revitalizing our small towns will help. Our farmers need full support and that doesn’t include making our biggest trading partners shut out their products. Congress has a role to play in all of those things.”

Incumbents are favored on Tuesday in the other three U.S. House districts in the state. In the 2nd District, Bennie Thompson, the only Democrat and the dean of the congressional delegation, is facing a challenge from Reform Party candidate Irving Harris and independent Troy Ray.

In the 1st District, incumbent Republican Trent Kelly will be challenged by Democrat Randy Mack Wadkins. Wadkins, an Iuka native and chemistry instructor at the University of Mississippi, has run an aggressive race

In the 4th District, incumbent Steven Palazzo is being challenged by Democratic state Rep. Jeremey Anderson of Escatawpa. Anderson, age 26, is working to energize young voters. Lajena Sheets, a Reform Party candidate, also is running in the 4th District.