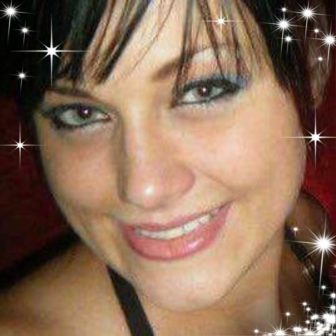 Nicole Rathman, 33, was a prisoner at a Central Mississippi prison when she died on August 23.

Nicole Rathman was in a hurry for her parole date to come.

Rathman, 33, first went to prison in 2013 and had recently renewed her relationship with her 12-year-old son. She also wanted to get home and spend time with her 70-year-old grandmother, whom she considered her best friend.

To aid in her release, she contacted a Mississippi lawmaker with a reputation as a criminal-reform advocate.

“Hello! I hope this letter finds you doing well,” she wrote to state Rep. Joel Bomgar on April 3, 2018, from Central Mississippi Correctional Facility in Pearl. “I just wanted to write and thank you for everything. I got a printout yesterday and my time was changed a few days ago. I now have a parole date on July 1 2018, the DAY the law goes into effect! It’s a major miracle, and I have you to thank.” 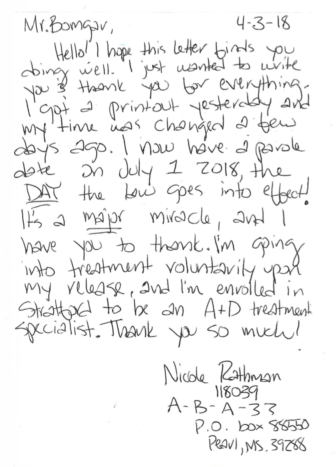 A letter dated April 3, 2018 from Nicole Rathman, then in MDOC custody, to Rep. Joel Bomgar.

The law was House Bill 387, a criminal-justice reform bill that Bomgar, a Republican from Madison, backed and Gov. Phil Bryant signed this spring. The law expanded parole eligibility for people like Rathman convicted of nonviolent drug offenses that came with enhanced, or stiffer, sentences because they were arrested near schools or churches.

Rathman, a self-described lifelong addict serving a 10-year prison sentence for a drug offense, and Bomgar had corresponded for a year and a half about her parole options as Bomgar updated her on the bill’s status.

In her letters, Rathman wrote that she planned to go into treatment voluntarily upon her release. She was also enrolled in a distance-learning course to become an alcohol and drug treatment specialist.

She was set to be released August 28; she died on August 23.

‘The hurt they feel watching me suffer’

Rathman is one of at least fourteen people who have died in Mississippi Department of Corrections custody this month, drawing heightened scrutiny to the staffing, health care, and investigatory practices of the department.

In each of the cases, the corrections department has said an autopsy would be conducted. Rita Korsen, Rathman’s mother, told Mississippi Today that her daughter died of an aneurysm. 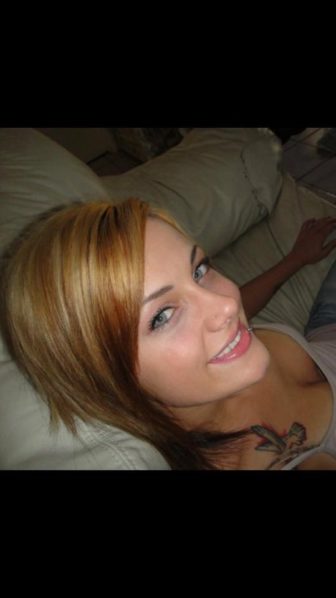 Nicole Rathman in an undated photo

However, the cause — or causes — of that aneurysm remains unclear.

Korsen said in the month before her death, Rathman twice suffered head injuries from beatings by other prisoners, which the family learned about from fellow prisoners.

“In the last month she was in there, she was hit in the head with a phone and received four staples,” Korsen said. “And a few days after that, she was beat with some lock that was put in a sock.”

Korsen — who also maintains her daughter’s name is spelled Rathmann not Rathman, even though the latter is the spelling used by both the prison and Nicole herself — also said she was told by an unnamed prison official that the aneurysm “may have been from meth use while she was in prison.”

But if meth was involved, Korsen asked: “Number one: why are drugs flowing in prisons like they are? Especially when you’re put in prison for something like that? Number two: if she was … beat like that, and there was some kind of issue that led to the brain aneurysm other than the meth, basically she was murdered.”

Through her letters, Rathman was upfront about a life marked by drug addiction and an abusive partner who used methamphetamine as a tool of control against her. After her third felony conviction — selling methamphetamine within 1,500 feet of a church — Rathman was sentenced to a decade in prison in February 2013 in Rankin County. 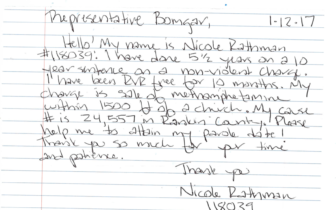 A letter dated Jan. 12, 2017 from Nicole Rathman, then in MDOC custody, to Rep. Joel Bomgar seeking help for parole.

“The truth isn’t pretty nor does it vindicate me, I just need someone to know,” Rathman wrote to Rep. Bomgar. “I am a lifelong addict. I am a good person and my friends and family love me because I have never hurt them with my addiction besides the hurt they feel watching me suffer.”

While incarcerated, Rathman wrote that she had obtained her G.E.D, passed drug tests, started working toward becoming an addiction treatment specialist. She wanted to help other people like herself — people whose “addictions have stripped them of their right to be heard and treated humanely.”

‘I am going to get the public some answers’ 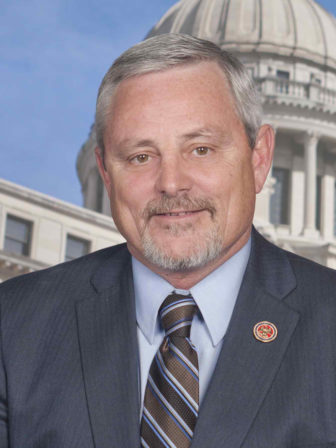 Bill Kinkade, R-Byhalia, who chairs the House Corrections Committee, said he could not legally comment on the death causes until investigations are complete. That process, Kinkade told Mississippi Today, is as follows: The medical examiner’s office must certify an autopsy, the family must be notified and, then, an internal MDOC investigation must be completed.

A backlog of autopsies at the state’s crime lab, resulting from a years-long funding and staffing shortage, means families may not have official answers for months.

“I am going to get the public some answers,” Attorney General Jim Hood said in a statement Thursday.

Hood is the latest state public official to weigh in on the deaths. Gov. Bryant has said there are multiple state and federal agencies investigating the deaths, the Clarion Ledger reported earlier this week. Meanwhile, the state’s top prison official, Commissioner Pelicia Hall, has said the August deaths are “not out of line” with previous months. 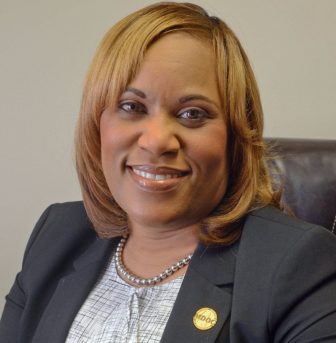 Pelicia Hall, commissioner of the Mississippi Department of Corrections

“Based on current information available, the department believes that a majority of the deaths are from natural causes in that they include cancer, coronary, and other medical conditions,” Hall said through a news release.

Officials in Greene and Sunflower counties, where South Mississippi Correctional Institution and Parchman are located, respectively — told Mississippi Today that the number of in-custody deaths this month are on par with the numbers they usually see.

Ladd Pulliam, the Greene County coroner, and Heather Burton, the Sunflower County coroner each said that all in-custody deaths in their counties this month are of natural causes.

David Ruth, the Rankin County coroner, told Mississippi Today that four of the five deaths at the Pearl prison were from natural causes. Ruth declined to comment on Nicole Rathman’s death because it remains under investigation.

MDOC records show that 78 prisoners died in state custody in 2017. This month’s prisoners range in age from 24 to 75, and span the state’s three state-run prisons in Sunflower, Rankin and Greene counties.

Another death occurred at the privately operated Wilkinson County Correctional Facility, where a prisoner named Nija Bonhomme died after a fight with his cellmate.

A mother for change, not blood

In the eight years before Nicole Rathman died, her mother, who lives in Nevada, could afford to visit her daughter in Mississippi just once.

Korsen calls her daughter’s 10-year sentence an injustice, adding that after a third drug conviction, Rathman should have received treatment instead of hard time.

“I’m not for blood, but for change,” Korsen said. “Change is really necessary because I would hate to see other families suffer like this.”

In recent years, changes within the state prison system have come through a combination of litigation and legislation. 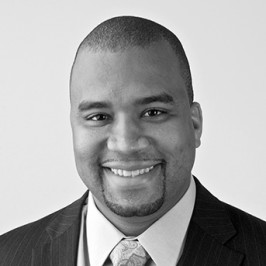 In November 2010, the Southern Poverty Law Center and American Civil Liberties Union sued the state over the treatment of children housed at Walnut Grove Correctional Facility in Leake County; after a federal judge placed the prison under consent decree, the state decided to close the prison in 2016. The ACLU and SPLC again sued Mississippi in 2013 over conditions at East Mississippi Correctional Facility, in Meridian, a case that went to trial earlier this year. A judge ordered experts to re-examine the prison last week.

Lawmakers have also put in place reforms designed to lower the prison population. In 2014, the Legislature passed a bill whose provisions included creating uniform sentences for violent and non-violent convictions. During the 2018 session, lawmakers passed another bill aimed at people like Rathman, who had received enhanced sentences for non-violent crimes before the 2014 legislation went into effect.

Bomgar said prisoners often wrote to him seeking help as the criminal-justice proposal wound through the legislative process.

“I was sad to learn of her death,” Bomgar told Mississippi Today, referring to Rathman. 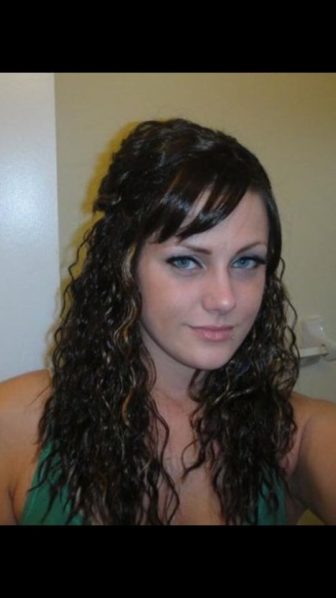 Korsen, who flew to Mississippi from Nevada this week to attend her daughter’s funeral says Rathman, whom friends called Nicky, as a prolific poet and an unselfish person and someone who touched the lives of those around her, including while in prison.

“My daughter — the most important thing I can tell you — was a beautiful human being,” Korsen said. “And I cannot tell you how many people she was in prison with showed up at her service yesterday saying, ‘She changed my life. She went to bat for me. She would lay down her life for me.'”

Nicole Rathman was set to go home from prison. She died five days before seeing freedom