Michael Guest told supporters after winning Tuesday’s runoff, “This has been a great journey that has not yet concluded, but we have passed over an important milestone tonight.”

Michael Guest, who has served as the district attorney for Rankin and Madison counties since 2008, has emerged from a crowded field as the Republican nominee and front-runner in the November election for the District 3 U.S. House seat.

Guest celebrated the victory, which made him the clear front-runner in the November general election at a Brandon restaurant. He will face Democrat Michael Evans of Preston, located in east Mississippi.

Hundreds ate food and listened to country music before Guest was introduced “as the next U.S. congressman from Rankin County.” 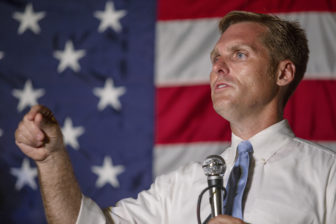 Speaking before a noisy crowd, Guest said, “This has been a great journey that has not yet concluded, but we have passed over an important milestone tonight.”

He said he would be working to unite all conservatives who voted for one of the other five Republican candidates. Guest was flanked by his wife, Haley, two sons and parents and in-laws as he spoke in the crowded Brandon eatery.

The incumbent District 3 House member, Gregg Harper, also of Rankin County, opted not to seek re-election after holding the seat for 10 years.

The runoff pitted two candidates firmly entrenched in the Mississippi Republican Party establishment. Guest received the late endorsement of Gov. Phil Bryant and Hughes previously worked as an economic developer for the state and before that, he worked on the campaign of former Republican Gov. Haley Barbour.

Throughout the campaign, both Hughes and Guest, aligned with Republican President  Donald Trump and said they would be advocates for his policies as a member of the U.S House. 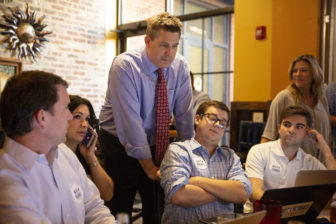 Whit Hughes, center, and his campaign staff watch as results come in during an election watch party at Sombra Tuesday, June 26, 2018.

“I am proud of this campaign,” said Hughes at a quieter campaign party at a Ridgeland restaurant. “We feel very good about the campaign. We made it clear we would do it the right way – visit all 24 counties in the district, be transparent about the campaign issues and just outwork everybody else.”

Hughes expressed regret that Guest would not debate him during the three weeks between the primary and the runoff. He said to offset that he tried, with his wife, Shelley, to hold as many townhall events as possible throughout District 3.

The district is anchored and dominated by the wealthier and populous Jackson suburbs, including Rankin and portions of Hinds and Madison counties.

It was no coincidence that the top two vote-getters from the June 5 primary, Guest and Hughes, were the only Jackson area residents in the six-candidate Republican Party primary field.

It appears the turnout Tuesday was much lower, but that Guest’s strong showing in his home county of Rankin – the most populous in the district –  buoyed his victory.

The 3rd District is viewed as a safe Republican district. In 2016, Trump defeated Hillary Clinton in the district by a 61 percent to 37 percent margin.

Evans, known for his rural humor and homespun stories as a member of the House, contended Tuesday that a strong turnout by the Democratic base and his crossover appeal can propel him to victory in November.

“I am pure Mississippi,” said Evans, called Big Country by his state House colleagues. “I can go into any living room in the state and talk about issues because they affect me, too.” 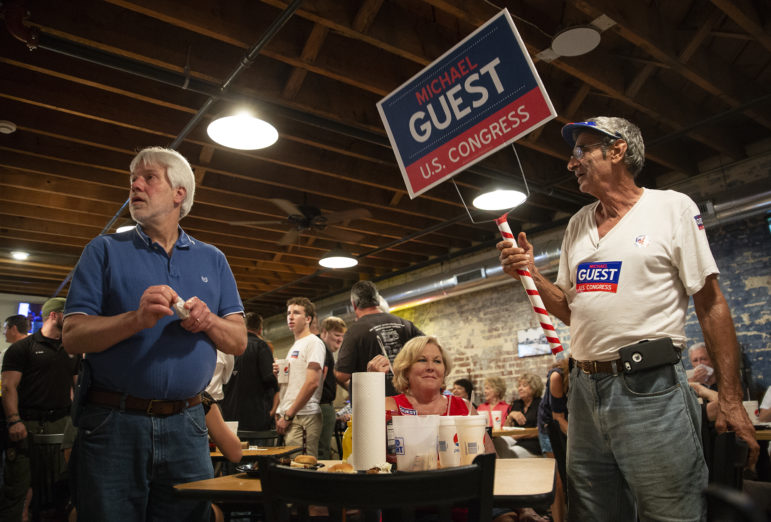