The four candidates vying to win their party’s nominations in Tuesday’s runoff elections all have significant cash on hand heading into the final days of campaigning.

Candidates refused to divulge much information on their strategies for spending their funds, but the two Republican candidates vying for the open 3rd District U.S. House post have used television advertising much more extensively than the two Democrats competing for the statewide U.S. Senate post.

According to campaign reports filed with the Federal Election Commission, Whit Hughes and Michael Guest, the two candidates in the runoff for the 3rd District post, have outraised the two candidates, David Baria and Howard Sherman, vying statewide in the Senate runoff. 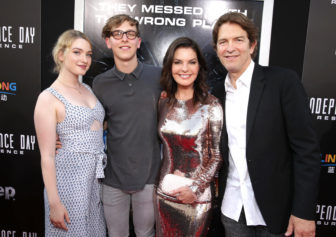 Sherman of Meridian, a venture capitalist, has buoyed his efforts by loaning $850,000 to his campaign. In addition, Sherman, has received $201,195 in campaign contributions.

Sherman said he is willing to invest his own money in the race because he believes Mississippi deserves better and that he can help create better outcomes for the state.

“I am passionate about this,” Sherman said of the campaign.

“This is an outstanding total in a Democratic primary in Mississippi and represents a higher in-state total than any Democratic candidate in several cycles,” said Brandon Jones of the Baria campaign.

As of Wednesday, Baria’s pre-runoff election report, scheduled to be filed June 14, still had not been posted on the FEC website. The campaign said the report was filed timely and a copy of the report, which indicated it was filed on June 14, was provided to Mississippi Today. The report did post Thursday morning. 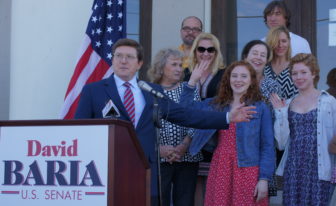 Rep. David Baria introduces his family as he formally announced his candidacy for  Senate.

Both Democrats, based on their campaign finance reports, are relying heavily on grassroots efforts to get their voters to the polls.

Sherman has paid $21,300, according to the latest FEC filing, to Jackson-based Winning Strategies for “door to door get out the vote efforts.” His biggest expenditure — $220,000 — was to Washington, D.C.-based Joe Trippi & Associates, for media consulting. Trippi  was credited with playing a major role in Democrat Doug Jones’ surprising win last year in an Alabama U.S. Senate election.

Baria has paid $40,000 to Jackson-based Chism Strategies for both mailings and for consultations. He also has paid several individuals for both canvassing and outreach, according to the FEC report. 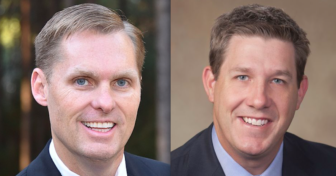 Michael Guest (left) and Whit Hughes will square off in a 3rd Congressional District GOP runoff on June 26.

Both the Hughes and Guest campaigns refused to discuss the specifics of how they would spend their funds on the final days of the campaign, though, it is possible that both would be doing television advertising in addition to grassroots efforts.

Guest led a six candidate field in the Republican primary on June 5 with 45 percent of the vote compared to 22 percent for Hughes. A candidate has to garner a majority vote to avoid a runoff.

The winner will face Democrat Michael Evans, a state House member, in November. The seat is open because the incumbent, Republican Gregg Harper, opted to step down after serving in the post for 10 years.

Sherman led Baria by less than 1,000 votes in the first primary. The winner of the runoff will face Republican incumbent Roger Wicker in November.