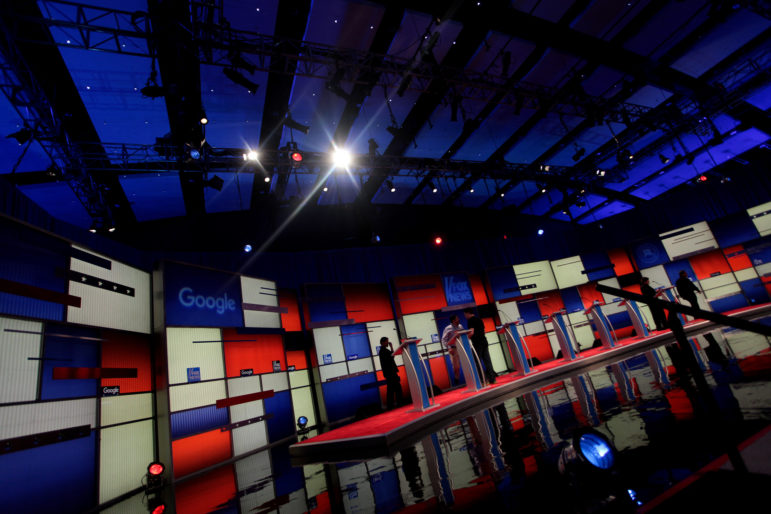 The prospect of a debate before the June 26 runoff appears unlikely.

After Tuesday’s primary election, the No. 2 vote getters in two hotly contested races have asked for debates ahead of the June 26 runoff. In each case, the first-place finishers have bristled at the invitation.

State Rep. David Baria said he emailed Howard Sherman, his opponent in the Democratic primary for U.S. Senate, for a debate but received no response.

When Mississippi Today contacted him, Sherman – who beat Baria on Tuesday by about 800 votes – did not explicitly rule out a debate but indicated that he wants to focus his time elsewhere until June 26.

“I have less than three more weeks to travel the state and meet with voters to present my new ideas and policies — that’s my priority,” Sherman said in a statement to Mississippi Today.

“I am a businessman with a solutions based approach. Career politicians can debate why Mississippi is still 50th in the nation. I am offering real solutions to help Mississippi rise up. We can make something great happen here. I will go anywhere and talk with anyone who wants to change politics as usual and actually get things done for Mississippi. No more excuses. Mississippi deserves better.”

In this March 10, 2015 file photograph, Rep. David Baria, D-Bay St. Louis, speaks at the well in House chambers at the Capitol in Jackson.

Sherman, an entrepreneur and husband of celebrated Mississippi actress Sela Ward, surprised many longtime politicos when he earned the most votes on a crowded Democratic ticket for the Senate seat currently held by Republican Sen. Roger Wicker. He earned 27,358 (31.9 percent) votes on Tuesday.

In the runoff for the Republican nomination for the third congressional district, Whit Hughes has challenged Michael Guest to a debate. Guest – who beat Hughes on Tuesday by about 14,000 votes – has refused.

“Michael Guest congratulates Whit Hughes on running a strong campaign including the 12 debates and forums they’ve both already participated in across the district during this campaign,” Rob Pillow, communications director for Guest’s campaign, told Mississippi Today in response to Hughes’ debate invitation. “Between now and June 26th, instead of more debates, Michael’s focus will be on continuing to work in all 24 counties in the district to meet directly with voters and ask for their support in the runoff election.”

Earlier in the week, Hughes publicly challenged Guest to “a minimum of two debates.”

“While we had a number of forums during the primary, we both know there are serious differences in a forum with six candidates versus a debate with only two candidates,” Hughes wrote in a publicly released letter to Guest.

Pam Shaw, political director for the Baria campaign, said it is important to give Mississippians the opportunity hear both candidates discuss the issues.

“David Baria has a track record of public service,” Shaw said. “We know where he stands on the issues based on his record in the Mississippi Legislature. We don’t know where Howard Sherman stands. The people deserve the opportunity to hear from him, to hear from both candidates on the issues.”