Michael Guest and Whit Hughes, the longtime frontrunners for the Republican nomination for the U.S. House seat left vacant by retiring Rep. Gregg Harper, will face each other in a runoff on June 26.

None of the six Republican candidates earned 50 percent of the vote on Tuesday, forcing a runoff in three weeks. Guest, the district attorney for Rankin and Hinds counties, narrowly missed a rare feat: Edging out five other candidates and winning the GOP nomination outright. 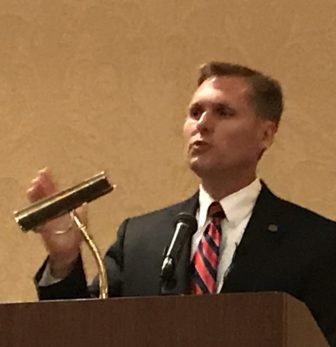 Michael Guest, who will face Whit Hughes in a runoff June 26, flirted with winning the GOP nomination outright Tuesday night.

“Michael Guest is arguably the most effective and popular local elected official in central Mississippi,” political consultant John Morgan Hughes (no relation to Whit Hughes) said. “You can’t take that away from him. The vote total showed that tonight. He and Whit spent almost the same $400,000 and the costs per vote were wildly different.”

The two candidates raised and spent more money than any of the other four candidates. Guest raised $396,000 and spent $336,000. Hughes, who worked for years in economic development and hospital administration, raised $430,000 and spent $363,000. 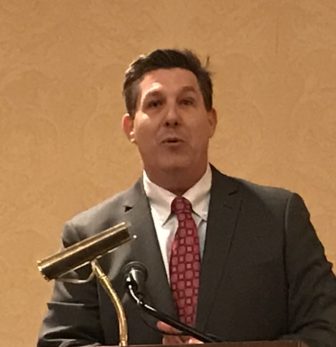 Guest benefitted from a rather large base in Rankin and Madison counties, where voters have known him since he was first elected district attorney in 2007. Republican voters in those two counties alone typically make up about 40 percent of the voters in a primary.

“GOP voters in those counties have a history of casting votes for him in previous elections, building up a familiarity with Guest as a candidate,” said Nathan Shrader, co-chair of the political science department at Millsaps College. “He was able to wake up on the morning of the election knowing that he had a rather large pool of voters who had actively supported him in past elections, which isn’t something that most of the other candidates in the race were able to do.”

Guest and Hughes did little to differentiate from each other on policy issues during the campaign. Both talked up the importance of supporting and working with President Donald Trump. Both talked about the importance of small business as well as attracting large corporations to the state through fiscally conservative tax policy. Both expressed a desire to get government spending under control. Both espoused pro-life and Christian values.

The campaign to this point has been generally positive with little mud-slinging on either side. Pundits and operatives had already begun buzzing late Tuesday evening about an expected shift in campaign rhetoric, predicting a nastier tone from both sides as June 26 approaches.

Evans, a poultry farmer and firefighter from Preston, will offer voters a more conservative approach, even as a Democrat. He is pro-life and a strong supporter of the Second Amendment.

“My message of being a candidate for Congress who’s a voice of common sense for Mississippians in the (third congressional district) will reach even further in the general election,” Evans wrote on Facebook on Tuesday night.