Of the six Republican candidates vying to fill the seat retiring U.S. Rep. Gregg Harper vacated, just $148,550, or 13 percent, of the $1.1 million raised is from out of state.

Personal loans that candidates gave their own campaigns were not included in the figures.

Here’s the breakdown of how much out-of-state money each candidate has raised:

A vast majority of that out-of-state money – $99,000 of the $148,500 total – is from a single candidate, businessman Perry Parker. Parker, an international businessman who recently moved back home to Mississippi, has touted his out-of-state connections on the campaign trail.

Few political action committees (PACs) have written the candidates big checks. Instead, Mississippi individuals made up the majority of the contributions on the two main filings.

The last time an incumbent congressman in Mississippi decided not to run was in 2008, when Rep. Chip Pickering opted to enter the private sector.

Rep. Bennie Thompson, the state’s only Democrat in Washington, raised 77 percent of his $144,000 from out of state. 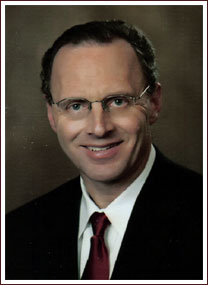 A decade ago, Harper and former state Sen. Charlie Ross were the top two vote getters in the Republican primary to replace Pickering, squaring off in a runoff for the nomination. An analysis of 2008 finance reports to the same point that year show that Harper and Ross raised more out-of-state money than the average of the six candidates this year.

“From the candidate’s perspective, fundraising is one of the most difficult tasks,” Ross told Mississippi Today. “You really just appreciate any contributions that anyone makes.”

“But I guess the bottom line is that every single race is different, and every candidate has a different approach,” Ross continued.