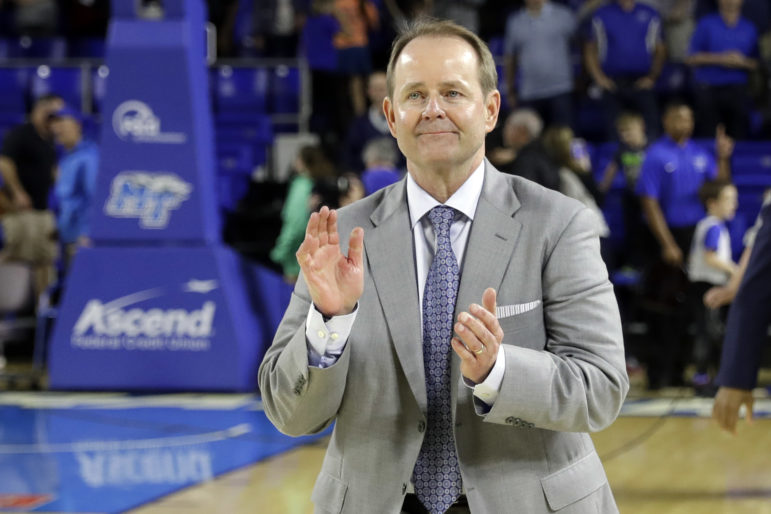 Ole Miss soon will hire Kermit Davis Jr., as its new basketball coach. Good for Ole Miss. Good for Ross Bjork. Good for Davis, a guy I have followed since he was a little gym rat hanging about his dad’s Mississippi State teams in the early 1970s.

The guy can coach, really coach.

“But he’s no Ben Howland,” somebody responded the other day when I tweeted just that.

Well, no, Davis is not Ben Howland, who took UCLA to three different Final Fours. But Davis, coaching at Middle Tennessee State then in the Sun Belt Conference, did take his team to Los Angeles in 2011 and beat a Howland-coached UCLA team that won 19 games and was 11-7 in the Pac-10. Didn’t just beat UCLA, mind-you. Beat the Bruins by 20, 88-68.

Another naysayer responded: “He’s been at Middle Tennessee 16 years. If Kermit Davis is so good, why didn’t somebody else in the SEC snap him up a long time ago?”

Well, I don’t know. SEC athletic directors make mistakes all the time. That’s why so many coaches are making so many millions of dollars these days not to coach. I’ll tell you this: In his last 10 games against SEC teams, Davis won eight. He won at Ole Miss, at Vanderbilt (twice), at Tennessee. You know most of those SEC games were not played in Murfreesboro, Tenn.

Another columnist called the hiring of Davis “safe,” “not visionary” and “not bold.”

Here’s what I call it: wise.

Here’s the deal: Mike Krzyzewski or Tom Izzo wasn’t going to take the Ole Miss job. Which brings to mind: Davis beat Izzo two years ago this Sunday. Remember? MTSU was a No. 15 seed in the NCAA Tournament. Michigan State was a No. 2 seed, ranked No. 2 in the last AP college basketball poll. Middle won by nine points in what many observers called “the biggest upset in NCAA Tournament history.”

“We got beat by a better team today,” Izzo said during a tearful post-game press conference. “They were well-coached, they ran good stuff. They just beat us.”

You tell me. How many guys can take Middle Tennessee State and beat that Michigan State team in that situation? To show it wasn’t a fluke, the Blue Raiders beat another Big 10 team, Minnesota, in the first round of the NCAA Tournament last year.

Hattiesburg native Tim Floyd, who hired Davis as an assistant coach at Idaho when Davis was just 24, laughs at the naysayers who question whether Davis was a good hire at Ole Miss.

“It’s a home run hire,” Floyd said Wednesday. “They knocked it out of the park. Ole Miss has crushed it.”

Floyd said he hired Davis because “as a coach, he was 24 going on 44. He understood every part of the game.”

“Kermit always understood all the components it took to be a coach,” Floyd said. “He understood that the smallest details count so much and that’s probably because he grew up as the son of a really fine coach. Some guys know offense, but not defense. Others understand how to coach defense but not offense. Some guys understand both but can’t communicate it to the players. Kermit gets it all.”

Floyd hired a young Davis to his first D-I full-time job, then left it to him. Davis went 26-6 two straight seasons at Idaho after Floyd left for New Orleans. In recent seasons, they have coached against each other with Floyd at UTEP and Davis at MTSU, both in Conference USA.

“One of the most impressive things about Kermit is that he is always evolving as a coach,” Floyd said “He has never gotten stuck in his ways, which so many coaches do.”

To which the naysayers might say (and have said): But can he recruit at the SEC level?

He already has – at LSU, under John Brady. They went to the Final Four.

Besides that, Davis has won far more than he has lost against SEC teams without a single player who was recruited by SEC teams. Good for him. And now good for Ole Miss.

A safe hire? No, Ole Miss crushed it with Kermit Davis Jr.