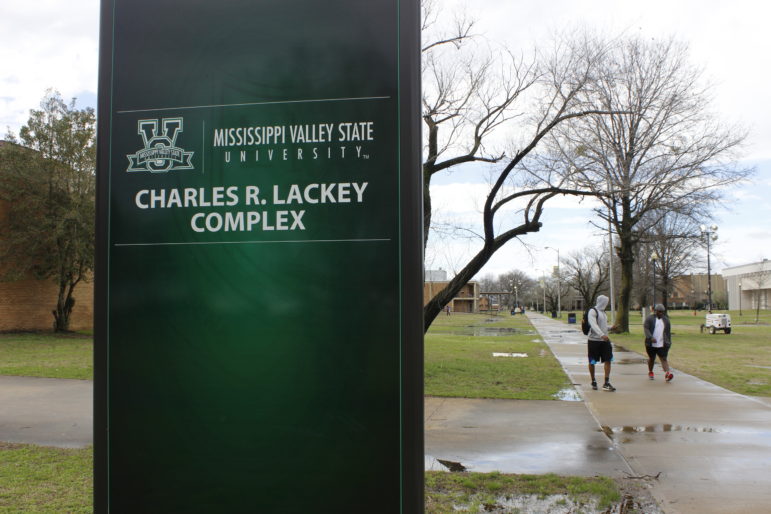 The recreation center at Mississippi Valley State University will remain closed until more security provisions are put in place following a shooting at the center on Tuesday.

At around 7 p.m. on Tuesday, one person was shot in the Charles Lackey Recreation Center on MSVU’s campus, according to a university statement.

But hours passed before the university alerted students and released official information.

“While we were preparing a statement, someone posted on Facebook saying there was an active shooter on campus,” said Brittany Davis-Green, a MSVU spokeswoman. “Had we released a holding statement earlier we could have nipped that rumor in the bud.”

The victim, who wasn’t a student, sustained injuries that were not life-threatening. Police are still looking for the shooter.

Students were notified by text, email and social media once the university sent out a statement.

But some of them, and their parents, heard first through erroneous Facebook posts.

“My mom saw it on Facebook. I was in the bed when she texted me [asking] ‘What happened? Are you all right?’ and I got scared. I didn’t know what was going on, so I started calling and texting people trying to figure out what was going on,” said Jalecia Clark, a MSVU freshman studying art.

Some students thought it might have been a mass shooting, as has been becoming more and more in the news.

“[I thought], ‘Oh my Lord, another shooting, but this time my school.’ You hear about shootings at school but you just never think it’ll be the school you go to,” said Briana Bradley, a junior studying criminal justice at MSVU.

The Institutions of Higher Learning provides guidance in its board policy on how to communicate or react during a crisis. 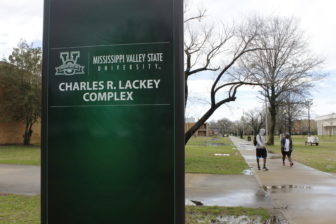 The recreation center at Mississippi Valley State University is open to students and nonstudents.

It also has a firearms policy, which acknowledges that anyone bringing a gun onto campus who is not law enforcement or a permit holder presents “an unreasonable and unwarranted risk of injury or death to its institutions’ employees, students, visitors and guests.” The policy goes on to say that even permit holders aren’t allowed to bring guns into “any institutional facilities and/or areas that are deemed nonpublic.”

A bill recently passed through the House that would provide legal avenues for permit holders to sue institutions that didn’t allow them to bring their weapons on to college campuses. That provision has since been removed. A senate committee replaced it with the “Mississippi School Safety Act” which would allow approved public school teachers and employees to bring firearms on campus.

In the meantime, MSVU has been reinforcing its current security policies and implementing new ones. A press release sent out by the university indicated that it would require everyone who enters campus to present identification, close the rec center until more security provisions are put in place and review its crisis communications policy.

Students said they don’t feel unsafe on campus, but would like to see increased security.