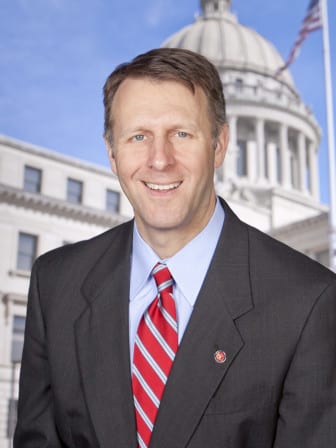 Senate Education Committee members will consider another version of the school funding bill on Tuesday that changes the calculation of poverty.

Sen. Gray Tollison, a Republican from Oxford and the chairman of the committee, sent the strike-all amendment to committee members late Friday.

It is unclear how that change would affect the estimated funding of school districts or the numbers handed out to lawmakers in recent weeks by school finance group EdBuild.

Austin Ray, EdBuild’s chief of staff, said Monday morning they had not run any numbers on the new version of the bill.

He did say, however, ” … using a 3-year average of poverty estimates should provide a smoothing out if there are any large fluctuations in measurement year-over-year.”

At a meeting with committee members last week, Tollison said there would be “no substantial changes” to the original version of the bill.

A call to Tollison on Sunday was not immediately returned.

Tollison did indicate last week he and others were still working on how school districts with increasing enrollments over the next two years would be compensated for that, but the language in the bill does not contain specifics.

The new bill also states additional programs (such as Early Learning Collaborative programs, reading intervention programs and bus driver training programs, among others) “may” be funded outside the formula.

Rep. Jay Hughes, a Democrat from Oxford who closely follows and advocates for public education issues, questioned a line in the bill that states funding ends “upon completion of high school graduation requirements.” Hughes said his daughter will have completed all of her requirements by the end of her 11th grade year, for example, and this language would essentially cut off funding for her 12th grade year.

The Senate Education Committee is scheduled to meet and take up the bill on Tuesday at 11 a.m.

View the full version of the bill here.