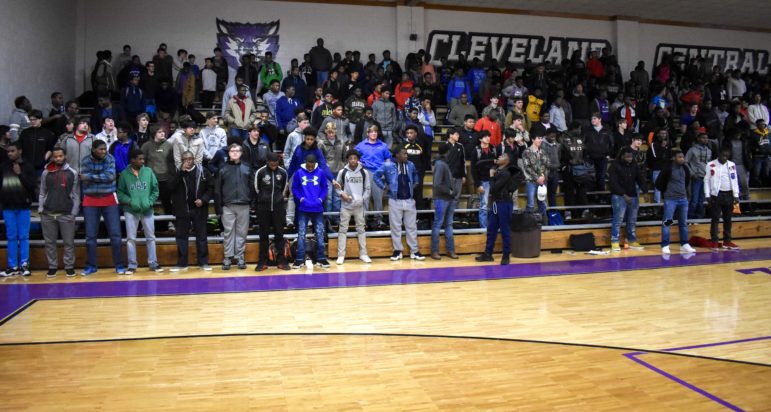 CLEVELAND – An organization dedicated to strengthening and empowering youth in Mississippi, had about every single bleacher filled with young men of different ages and racial backgrounds in the Cleveland Central High School’s gymnasium on Friday.

Kenwuan Meeks’ newly-found nonprofit, Men in Mississippi, seeks to bring speakers and activists who are passionate about helping youth, into high schools around the state to educate and inspire young men to do better.

“It’s so much going on in our communities right now, and we are lacking the support of our men,” said Meeks, a native of Drew, Miss. “I created Men in Mississippi to give the young boys somebody to lean on like mentors … setting the pathway for the youth.”

Kierre Rimmer, CEO of FlyZone Inc. (Forever Lifting Youth) and facilitator for this event, said there’s a need for mentors to teach young boys how to be men.

“We don’t need any more boys in the hood. We need some men in the house,” said Rimmer.

Speakers shared their own experiences about the trials and tribulations they’ve encountered. In the midst of their journeys, they all recognized they were going down the wrong path and made a detour to change their ways.

The presenters touched on a few things they learned from their mishaps, including  the importance of receiving an education.

Meeks advised all students – starting their freshman year – to take the ACT, so if they don’t make the score needed, they’ll have multiple chances to retake it. 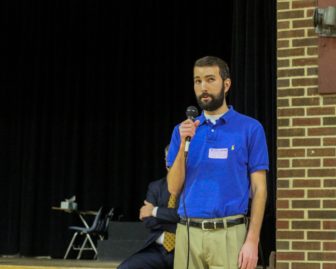 However, having a strong support system made him realize how valuable his future was.

“When you get to college and see your grades and your future is on the line, you start caring,” said Hatcher. “I barely made into college. I don’t want you guys to be in those shoes. I want you to be able to make it to college with a GPA where you didn’t have any trouble getting in. “

State Rep. Jay Hughes, D-Oxford echoed how important an education is and how students are the future. He mentioned how he was a D student and felt he knew more than his father, mother, and high school principal.

“The problem was I had the wrong attitude, and I ended up trying to drop out of school, fired from first job, my second job, and third job, then ended up in the Army and it was there that somebody taught me respect and attitude … and that I was somebody and it was something that I never believed before,” said Hughes. 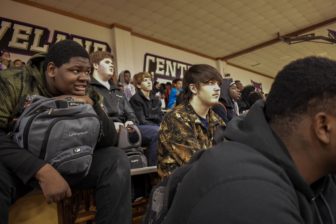 Students listening to the speakers share words of encouragement.

Looking across a packed crowd, Hughes told students they are the future; they must be willing to respect themselves and others; and they must be pleased with their attitudes.

“Out there is a road scholar, a doctor, a lawyer, a heart surgeon, a plumber, an electrician. You will provide for your family,” said Hughes. “The choice is yours.”

Choosing to be conscious of posting on social media, surrounding yourself with the right people, and staying “out of the mix” are tips to becoming successful, said Vester Waters, former Mr. Mississippi Valley State University and motivational rap artist.

“We live in a hard world, and it’s hard for everybody to make it. If you don’t believe it nobody else will,” said Waters. “If you don’t take the first steps to invest in yourself to accomplish your dreams nobody is going take you seriously, you’re a joke.”

One of the more heart wrenching topics brought up was gun violence. 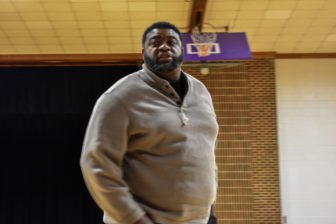 In light of the death of Larry Tyler, student athlete for Cleveland Central High, who died on New Year’s Eve night in a gun incident, John Johnson, 25-year military veteran and ex-gang banger, said guns aren’t meant to be played with – they should only be used for hunting or law enforcement purposes.

After skipping school to smoke marijuana and to hang out with friends in the hood, Johnson said he had a choice to go to the military or the penitentiary – he chose the military.

Johnson talked about how his best friend was a victim to gun violence and was shot in the head.

“Please young men stop it. We’re dying daily from gun violence, from mishaps with guns,” said Johnson. “It’s time to grow up and become men. Get an education, be respectful, and walk with your head up.” 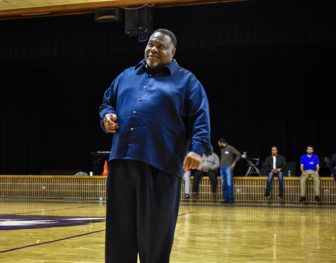 Pastor and military veteran William “Ray” Blackmon said all of the speakers stories were testaments to how God brings people out of tough situations.

“Sometimes what people call your failures will lift somebody else up. Your trials are not for you. … your disappointments, your mistreatment, your misunderstanding, you’ve been backstabbed, your little circle of friends that talk about you, being an outcast … All of those things were not for you. They were for someone else because if you can make it, that means someone else can make it,” said Blackmon. Don’t worry about being Mr. Popular.”

To learn more about this organization, click here. Meeks noted they are currently developing an app for people to locate mentors in their communities or send anonymous messages about youth in need. 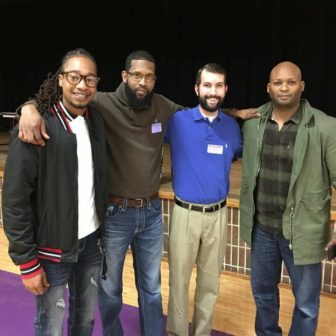