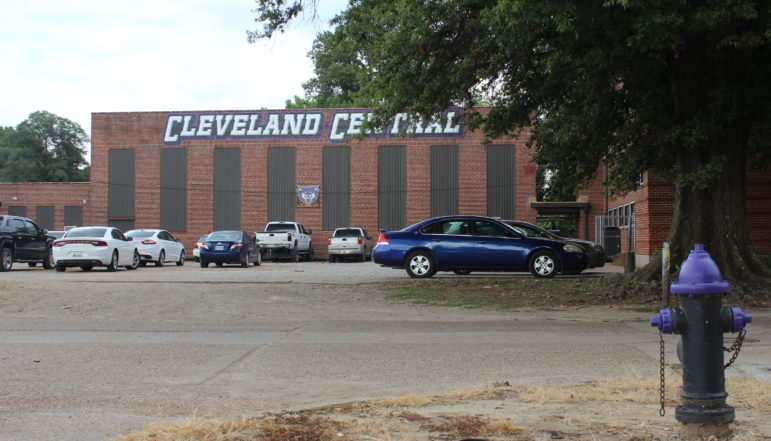 A new Cleveland Central sign adorns the side of the high school. The fire hydrant is painted to match.

CLEVELAND — In the summer of 2017, the country was still reeling from one of the most divisive elections in history. But in Cleveland, Mississippi, where schools were being forced to consolidate per a federal desegregation order, the sole focus was unity.

Sterling served as a member of the multiracial advisory panel during the transition — a group of about 30 who were empaneled as part of U.S. District Judge Debra Brown’s desegregation order.

Brown tasked the panel with meeting regularly to “assist the district with developing implementation strategies and public engagement efforts” as part of the desegregation plan.

That meant they were in charge of helping integrate two cultures and two sets of traditions into one school and one community. 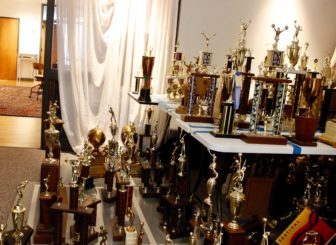 “We were instrumental in making some recommendations about combining some of the history of both schools to bring into one so that you don’t lose every facet of the school, each of the schools individually. We were very successful in culling together all of the artifacts of both of the schools and bringing it down to what we are going to be able to use as a museum [at Delta State University] of both schools and all of the accomplishments, whether it was academic or athletic,” said Patrick Davis, the panel’s facilitator.

They were also ordered to “address implementation issues arising during the [2017-2018] school year,” court documents show.

As the summer came to an end, though, the panel met less and less frequently, until eventually, they stopped meeting altogether.

Davis said some were there to fight the consolidation and when they realized they wouldn’t succeed, they quit attending.

“Our membership decreased mainly because of that,” Davis said.

Others wanted a say in who got hired into administrative and coaching positions. 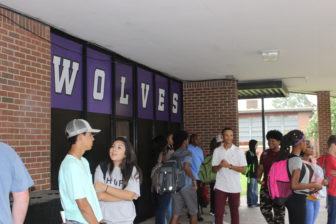 Students wait to be picked up outside of Cleveland Central High School after the first day of class.

“Once it became evident that they could not make those decisions … they fell off,” Davis said, leaving a core group of stakeholders who were “truly interested in moving forward for all of the kids.”

Eventually, though, even this group dwindled as the summer before the consolidated school’s first year ended.

“Unfortunately we have the same group of people who work and do everything so different committees were starting to form at the beginning of the school year,” Davis said. “You had your booster clubs, you had your PTAs. So the small group that was willing to participate was spread thin. That was really another contributing factor as to why we could not get back together once we accomplished what we did prior to school starting.”

Cleveland High School players, with ‘Battle of 61’ across the front of their jerseys, prepare to take the field.

“I didn’t have time to make all the meetings but [they were] very interesting. Great ideas were shared,” Rimmer said. “I had a lot of other things going on and I feel like there were some great people that would carry out the mission without my presence.”

This dissolution left students who were in the midst of a transition that garnered national — and often times unbecoming — attention without much of an outlet at times when that transition went awry.

DOJ attorneys, Brown and Cleveland School District attorney Jamie Jacks did not respond to request for comment on this story.

Looking back on the first semester, many students agreed that academics, athletics and a four-block class schedule were a few strong suits of consolidating. The struggle of merging two cultures into one, however, remained an issue for some, primarily former East Side students. 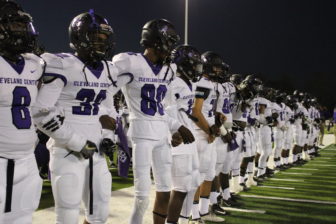 That unfamiliarity became emphasized during homecoming week, when students were excited to add new traditions while holding onto a few old ones, too. But students from East Side felt their old traditions – pep rallies, coronations, and not extending the homecoming parade to the East Side of town, were neglected, they said.

This created tension during homecoming week, causing former East Side teacher Katie Byrd to notice students were unhappy during this moment in time. 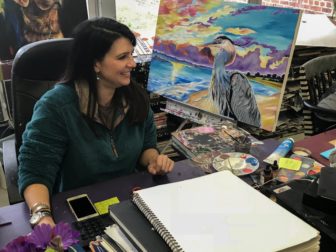 “There were some things that we didn’t do that we’ve done in the past. I’m very easy going and very laid back and I get it, but at the same time you have to embrace the change,” said Byrd. “I think that next year, they’re going to be more conscious of that and they’re going to bring some of that back. But you can’t expect to have exactly what you had (at East Side), here. Some of it, sure. All of it … I mean you have to make new traditions.”

Cleveland Central High principal and former East Side principal Randy Grierson said a lot of activities that were done at East Side required money and being a new school, they don’t have those same funds anymore.

“You’re talking about doing a coronation, you’re talking about a couple of thousands of dollars,” said Grierson. “One thing I try to encourage is get parents involved. People want to say we’re not doing this or that, let’s get the community involved and stop relying on the school to do everything.” 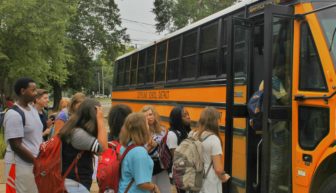 Davis said that had the multiracial advisory panel still been meeting regularly, it could have helped ease some of these difficulties that the new school faced during its first semester.

“Some of the things we could have headed off. There were challenges with the homecoming parade route. Had we stayed together, we could have made recommendations to say, ‘Hey, remember we’ve had two different routes from two different sides of a town. It may be a little uncomfortable, it may not be as convenient, but let’s find a centrally located place to start the parade so that we can get involved neighborhoods from both schools and meet in the middle,’” Davis said.

Edward Duvall, who also served on the panel, affirmed what Davis said. He emphasized the need for communication during a time of radical change such as this.

“We missed a lot of opportunities that we could have made a difference. We can begin to have more harmony in the school and in the community. When you don’t talk and when you don’t address issues and when people try to do things behind your back and above your head then people lose confidence in the process.

“So we should have been talking all along, meeting once a month, once every two months, (asking) what are some of the issues in the community? What are the kids talking about? What’s in the community? Areas that the community is addressing and how could we come together and make it better for everybody. And we didn’t do that,” Duvall said.

Optimistic about the future

Community members weighed in on this matter, too, saying they were concerned of traditions being eradicated. 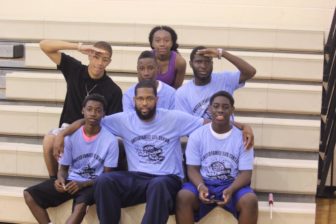 Kierre Rimmer, center, with kids from his program F.L.Y. Zone in Cleveland.

Rimmer noted that initially he had the same concerns as other community members, but he said that ultimately, holding on those traditions is selfish.

“You want to leave room open for the kids of Cleveland Central High School to create their own traditions that’ll be something new. With it being a new school, you should expect new traditions,” said Rimmer.

“Not to just throw ‘em away and never to be brought up again, but be a launching pad for something new … So allow it to pass and let these kids create their own traditions, and their own memories, and their own future. We just need to be supportive and be in the background and not be in the forefront.”

Whether the multiracial panel was at fault for not adequately representing a portion of both schools, students were optimistic for the future generations who step foot into Cleveland Central High.

“Two years later, everything will be fine because the kids that went to the schools [East Side and Cleveland High] will be gone and the new kids that’s coming up, they’ll like it because it’s new for them,” she said.

‘Some give and take’

Davis has said that the panel is not dead in the water and Jacks, the district’s attorney, wrote in a court briefing to Brown that the Cleveland School District would work with everyone involved to make the panel utilized again. 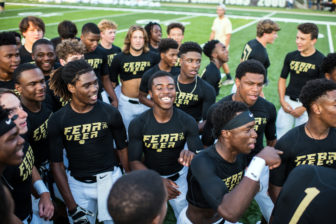 Perhaps the most significant takeaway from this process so far is that even though this community could — and has in the past — focus its energies on remaining divided, it’s not anymore.

It is bucking a national trend of bitter divisiveness, crossing party, racial and cultural lines to work toward bringing a community together. In that, this small, rural town which was gawked at for its 21st century desegregation order has something to teach the rest of America.