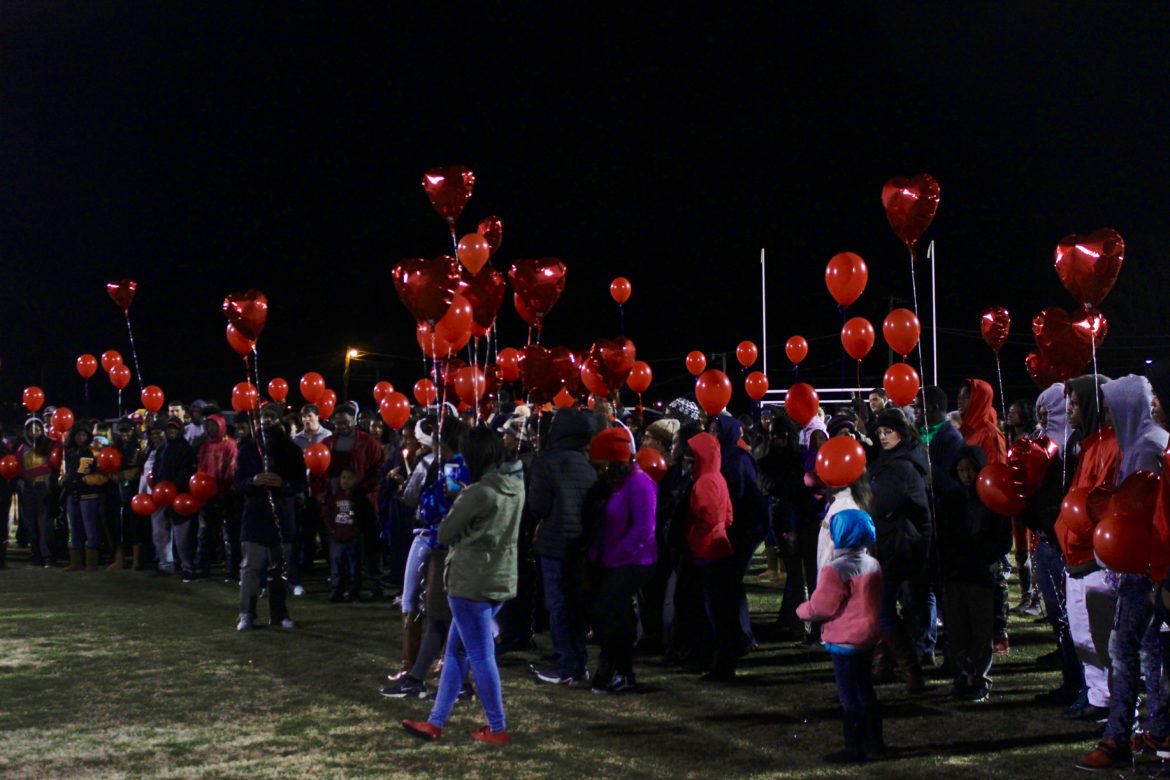 There are no red balloons left in Cleveland, Miss., tonight. The high school students and principal bought all they could find in the small town, because that was Larry Tyler’s favorite color.

He died on New Year’s Eve night when he was accidentally shot, police said. The 17-year-old was in a car with four others.

His friends, teachers and family clutched those red balloons at the football field on a freezing Friday night, mourning his loss and celebrating his life. They cried as they held onto the balloons and cried harder after they let them go.

People talked about his athleticism, his work ethic and his all around goodness. His small stature and his lion’s heart.

“There’s not enough good things we can say about Larry. He touched a lot of lives. He touched my life in numerous ways. I can’t thank him enough for that,” principal Randy Grierson said to his students.

Tyler played baseball, football and ran track last year as a sophomore at East Side High School before a federal desegregation order forced it to consolidate with Cleveland High.

And this fall, with so much riding on the schools and the town successfully uniting, the 5’7” running back scored the first touchdown in Cleveland Central High School’s history. The team went on to achieve an explosive 12-1 season with Tyler as a standout player.

For the first time in the town’s history, two communities that had always cheered against each other were now sitting on the same side of the stands, rooting on the same team.

Unifying has been crucial for Cleveland this year. Through his life and his death, Tyler played a pivotal role in that.

“The biggest thing is you look around and it’s not about East Side,” Grierson said. “This is about a community that came together to celebrate a young man. The circumstances are devastating, but I just want to thank you all for showing support for Larry and his family because this is a very hard time.