The validity of $2 billion dollars in contracts with the Division of Medicaid’s managed care program is in dispute after the Personal Service Contract Review Board declined to either approve or deny the contracts on Tuesday.

In June, the Division of Medicaid awarded contracts for its managed care program, MississippiCAN, to three for-profit insurers: California-based Molina Healthcare and incumbents United Healthcare and Magnolia Health. The announcement drew immediate controversy. Within weeks, two insurers who did not get contracts had filed suit in county court, alleging the procurement process was biased. They also filed a complaint with the Division of Medicaid.

In the midst of the controversy, Gov. Phil Bryant sent a letter to the Division of Medicaid demanding the agency submit the contracts to the Personal Service Contract Review Board for approval.

Although the review board did not issue an official decision, Medicaid said it was pleased with the result of Tuesday’s meeting.

“DOM has consistently stated throughout this process that the MississippiCAN procurement was conducted fairly, impartially and according to the applicable rules and regulations set forth by PSCRB,” said Division of Medicaid spokeswoman Erin Barham. “We can now move forward, and we are eager to work with the successful bidders to ensure that our beneficiaries can continue to receive services they need.”

Because the Personal Service Contract Review Board abstained from issuing a verdict, Medicaid said that the three contracts will be statutorily approved on Sept. 21, if the PSCRB does not object. The final step in the process will be approval from the federal Centers for Medicare and Medicaid Services. Medicaid said it will submit the contracts to CMS in the next few days.

Victory, however, may be in the eye of the beholder. Mississippi True, which along with Amerigroup is one of the two insurers challenging the contract procurement process, also declared Tuesday’s PSCRB decision a win.

“We are pleased by the PSCRB’s refusal to approve the MississippiCAN contracts it considered today,” Chuck Reece, chairman of Mississippi True, said in a public statement. “It represents an important step in our efforts to advocate for fair state procurement processes. … We look forward to a new procurement that is fair and unbiased.” 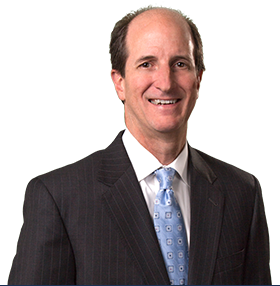 According to Mississippi True’s attorney, George Ritter, contracts submitted to the PSCRB must be approved by the board to be lawful. Hours after PSCRB declined to issue its verdict, Mississippi True withdrew its lawsuit because, according to Ritter, the contracts were no longer valid.

“If they go forward without PSCRB approval they’re going forward with unlawful contracts and all the risks associate with that,” Ritter said, though he declined to elaborate on what those risks may be. “That the request for a motion (for approval) by the chairman did not even garner a motion (from board members) shows clearly that the board has strong concerns over the contracts and disapproved them.”

Since Medicaid awarded contracts in June for its managed care program, MississippiCAN, legislators on both sides have publicly questioned the fairness of the procurement process and expressed support for the two insurers, in particular, Mississippi True, a new non-profit sponsored by a coalition of 60 Mississippi hospitals.

While provider sponsored insurance is not a new concept on the private market, it was an unprecedented approach for managed care, which Medicaid has said factored into its decision. In the category of corporate background experience, Mississippi True received the lowest score of the seven companies.

Two of the companies that received contracts, UnitedHealth Care and Magnolia Health, have had contracts with MississippiCAN since the state began its managed care program in 2011. Both of these insurers have received complaints on their performance. The third insurer, California-based Molina HealthCare, has a long track record of providing managed care in other states. 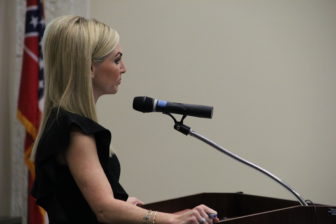 Tara Clark, executive administrator with the Division of Medicaid

At Tuesday’s PSCRB meeting, board member Bill Moran zeroed in on this issue, asking Medicaid Procurement Officer Tara Clark why the Division of Medicaid had said it would not consider any issues with United and Magnolia’s past performance but had scored Mississippi True poorly for its inexperience.

“Well, I’m gonna ask one more time. How do you square (when) it says these are not considered in the evaluation? You say experience was not considered and then you score it. I have a concern about that,” Moran said.

Clark said it was not.

Are $2 billion in Medicaid contracts valid? Review board doesn’t decide