These are the graves of Laurence Clifton Jones, the founder and long-time president of Piney Woods Country Life School, and his wife Grace Jones. Laurence died in 1975 and Grace died in 1928.

PINEY WOODS — Resting in a grassy, wooded area of Piney Woods School’s campus in Rankin County are the graves of its founder Laurence C. Jones and his wife Grace Jones, facing the log cabin where the school’s first classes commenced in 1909 and where students slept and ate.

Every graduation, students visit their graves and unite in prayer and song.

This is the spirit of Piney Woods School, the largest and second oldest of four historically black boarding schools in the U.S.: Legacy.

It’s in every inch of the soil of the 65-acre campus, a place where Mississippi’s schools for the deaf and blind once were housed.

It’s in the school buildings’ bricks, many of which were handmade by former students.

It’s in the livestock and harvest on the school’s 500-acre farm that students have taken care of for generations. 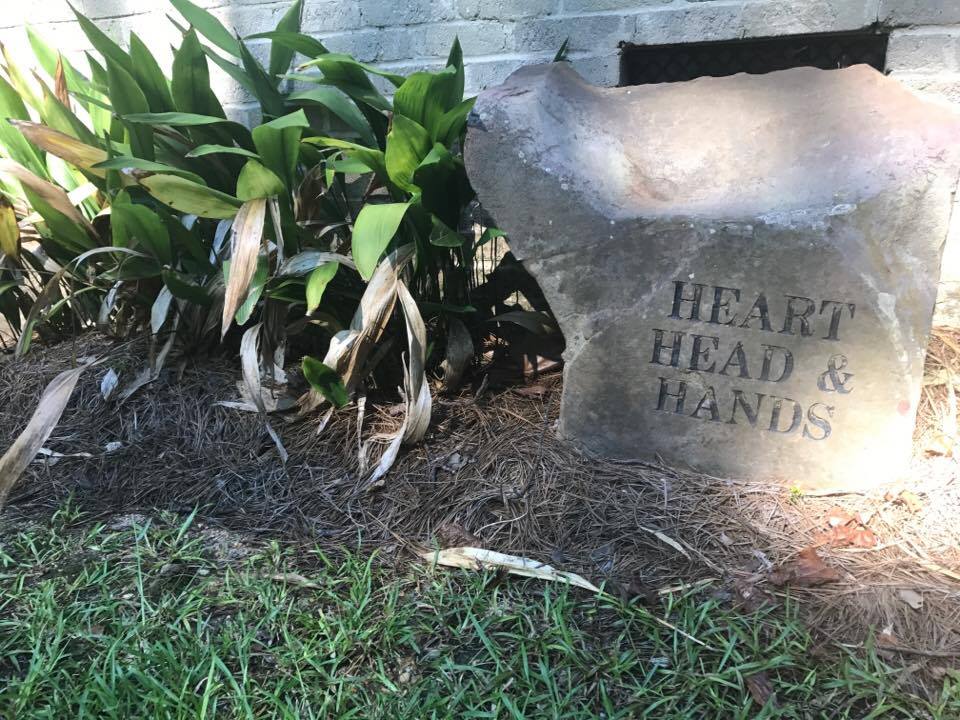 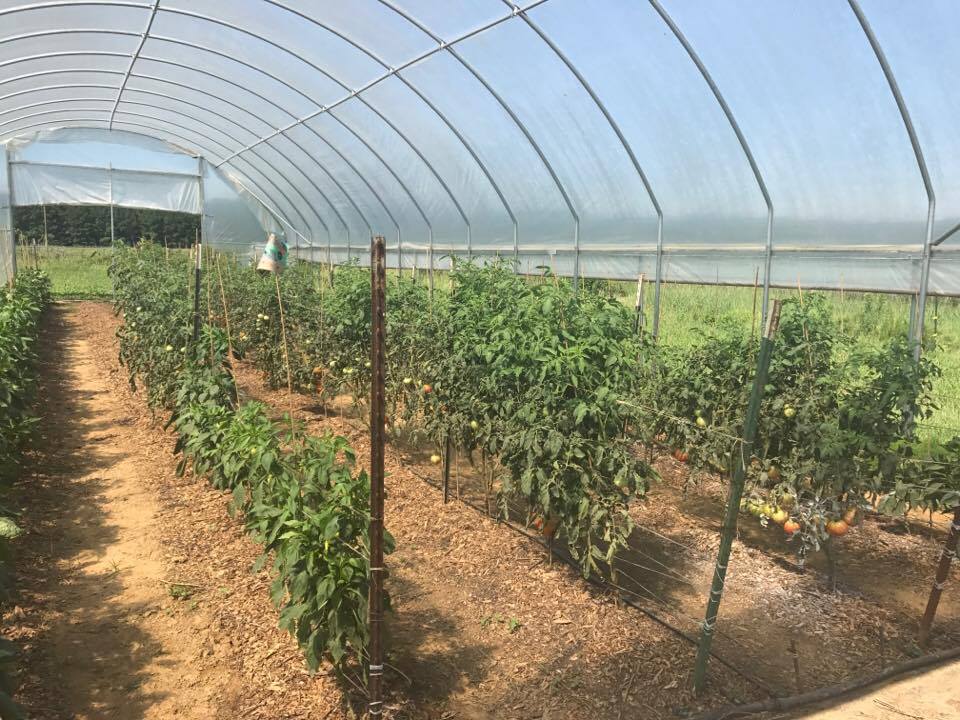 Tomato crops being grown on the school's farm. 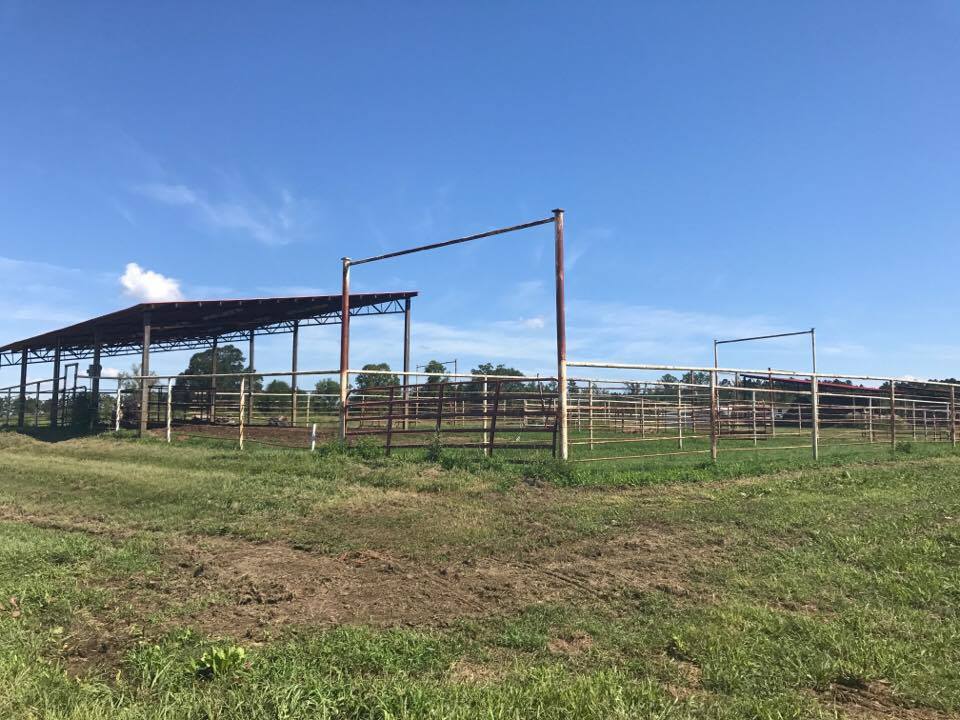 About 10 years ago, Piney Woods had much livestock, and it's trying to get back to how its farm was. This is the corral where they used to vaccinate the animals.

It’s in the leadership of the school. Will Crossley is the fifth president and first alumnus to head Piney Woods School.

Crossley says he didn’t feel like being president of Piney Woods fit into the trajectory of his life’s plan, but he strongly felt that this was the work God was calling him to do.

Crossley, who started at Piney Woods in August 2014, is taking on a balancing act. With legacy in mind, Crossley is implementing a new curriculum this school year, maintaining a focus on this historic institution’s core elements: trades and careers, academics and students’ personal development.

“The challenge is figuring out how to best serve our kids and prepare them for the world they’re growing and going into, with respect to an incredible legacy and an extraordinary history that we have as a school,” Crossley said.

He’s striving to stay true to the school’s history but in a modern way. He calls it “traditional plus.”

When it comes to careers, Crossley wants students to look beyond the basics of the school’s historic teaching of trades and see all the modern possibilities that those skills can be used for. That’s the goal of the long-established work study program where students help offset their tuition by doing work on campus that relates to their professional goals.

According to the school’s website, the tuition can go up to $23,000 per year. Some students get scholarships and discounts based on financial needs, but all students still defray part of their tuition through the work program.

The academic program will shift from content-focused to reflect a concentration on acquiring professional skills like critical thinking and oral and written communication. The school will also implement more technology, “using the power of the Internet to advance students’ work,” Crossley said. Moving away from traditional printed textbooks, excluding novels, 9th and 10th graders will receive a laptop or tablet this year.

Pictured: Kordai Baylous and his mother Stephanie Baylous. “I’ve watched him grow from a shy boy to an outspoken young man,” Stephanie said. “This is the best decision we’ve made as parents.”

One of those students will be 10th grader Kordai Baylous. Last year was his first year at Piney Woods, and he and his family have already seen how the school has enhanced his life and learning.

Baylous says he feels his teachers at his old school didn’t really care, compared to his instructors at Piney Woods who give him and other students extra time and academic attention outside of class. He said he used to have a hard time with science, but his science teacher at Piney Woods last year slowed down the steps for him, making it easier to understand. Now he’s looking forward to science class this year and trying out AP classes.

Even when students don’t seem to be struggling, teachers will pull students aside and tell them that they can do better, Baylous says, if they think students aren’t tapping into their full potential.

This log cabin, which was the original cabin where Piney Woods’ first classes were held, was donated to the founder by a former slave along with 40 acres.

Similar to Baylous, Crossley remembers that “when he was a student at Piney Woods, he was told repeatedly that he was capable of anything.”

“I was told repeatedly that no matter my race, my color or my creed, I was capable as anyone else,” Crossley said. “By the time I graduated from here I actually believed those things, and I set about proving those things. Piney Woods gave me all the support I needed to go on and be successful in college and beyond.”

This same type of teaching is why Baylous has dreams of becoming an electrical engineer and attending UCLA. He says, although he was academically successful at his old school, his goals wouldn’t be as developed and his future wouldn’t seem as “bright” as they are now if he hadn’t come to Piney Woods.

“I was the shy kid,” said Baylous, who’s noticed his self-confidence and social skills grow since coming to Piney Woods. “But now that I go here, it put me in situations where I can’t be shy. I have to be outgoing and social.”

Besides academic and social growth, Baylous’s mom, Stephanie Baylous, likes that the school “teaches him different things as a black male that he couldn’t receive from a regular school.” That comes from the African American history course all students are mandated to take and from being “exposed to some of his heritage” through the foreign exchange students.

The school is predominantly comprised of African Americans from Mississippi, but there is a significant population from Ethiopia and other African countries, as well as Caribbean countries.

“If there’s anyone that’s going to lead the school in the right way it’ll be Mr. Crossley,” Lucas said. “He knows it takes innovation to keep the school lively and vibrant.”

Former student Amanda Lucas, who graduated from Piney Woods in 2005, can attest. It “exposed her to different cultures, expanded her mindset and gave her a global perspective.” She says Piney Woods instilled in her “the importance of knowing your history.” Piney Woods also “encouraged to be herself and to bask in her blackness.”

Lucas, who attended Piney Woods for 11th and 12th grade, says she faced much disappointment and racism at her prior schools in Terry. But receiving her secondary education from Piney Woods set her on a path to accomplish such things as earning her PhD in urban higher education this summer, traveling with students around the world as the former global studies coordinator at Piney Woods, authoring a few books, and owning a consulting, marketing and event planning business called Elite Mogul & Elite Mogul Dream Parties.

“I couldn’t imagine who I’d be without Piney Woods,” Lucas said. “I loved being able to give back what was given to me.”

That mentality is why it’s not uncommon to find alumni like Crossley and Lucas serving the school.

Sias first met Jones on his father’s farm. Jones, while helping Sias and his family pick cotton, told him, “Whatever you do, go back to school.”

Roosevelt Sias, who teaches and manages plumbing and maintenance at the school, is one alumnus who’s truly taken one of the school’s often repeated teachings of “for unto whomsoever much is given, of him shall much be required of …,” as referenced from the Bible, Luke 12:48.

Sias came to Piney Woods during high school after being kicked out of Rolling Fork High School in the Delta for wearing an “I’m black and I’m proud” button during the 1960s Civil Rights Movement. After graduating from Piney Woods’ high school and attending its former one-year college in 1969, he says he came back to the school in 1973 and never left.

He served as the founder’s chauffer in his later years, and he took over the plumbing instruction for the school after his mentor fell ill. Over the years, he’s taught generations of students about plumbing and property maintenance. He’s also kept the legacy of the school alive by teaching students and faculty the history when he can and to visitors, sometimes acting as a tour guide.

The L.C. Jones Museum is housed in a home that dates back to the early 1900s.

The Grace Jones museum exhibits photos of the founder Laurence C. Jones throughout his life.

Lucas said one misconception about Piney Woods School is that people think the boarding school is for “bad kids.” But the purpose is to “cater to kids who feel they don’t fit the mold, who are hopeless or think they can’t go to college.” She says Crossley’s vision is to carry on this foundational goal.

Lucas says her biggest dream before coming to the school was to be a hair stylist, but Piney Woods expanded her dreams to being an author, a businesswoman and teacher.

Crossley, who grew up on the south side of Chicago, says something similar: “Piney Woods School taught me how to dream big.” Now he has “big dreams for the students and school” and plans to “produce students with even bigger dreams who will impact the world.”

“There’s nothing more meaningful and more influential, personally, than to see this school to continue to be successful for the next 100 years,” Crossley said.