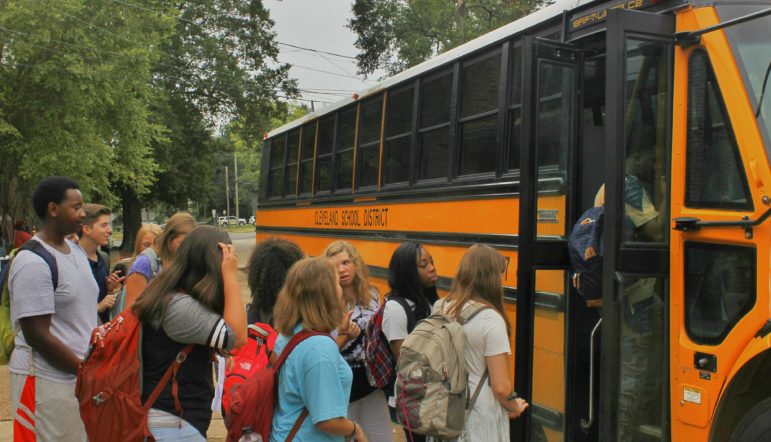 CLEVELAND — The Cleveland School District has seen a dip in enrollment — mostly from the loss of white students — as it begins the first year under a federal desegregation order.

The overall numbers are small, representing about 2 percent of last year’s district enrollment. 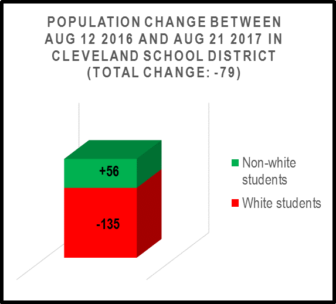 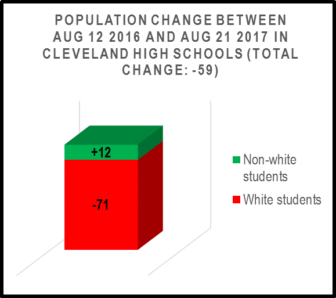 Since merging the two and forming Cleveland Central High School, the enrollment total this year is 922 — a decline of 59 students. Enrollment figures show there are 71 fewer white students at the high school level this year.

Superintendent Jacquelyn Thigpen said the school board had not yet had the chance to dissect the numbers, which should solidify by September.

“I can’t answer where [the students] have gone. We have students who move. Some went to private schools, some went out of state, some went to other districts. I can’t account for where they are,” Thigpen said.

She also said that as long as the district is made up of about 70 percent African American students and 30 percent white students that it would be on target to to have the same racial breakdown in 2017 as it did in 2016. 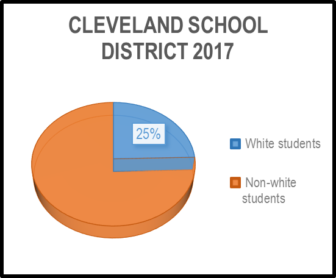 In May 2016, a federal judge ordered the two schools to merge, handing down the decision after 62 years of litigation which was triggered by a desegregation lawsuit brought against the Bolivar County Board of Education in 1955.

Though the district argued it had done everything it could to comply with the court’s orders throughout the legal battle, the judge ruled that the district still had not successfully integrated and that the middle and high schools must merge.

Enrollment data shows a steep drop off in students registered with Cleveland School District after the court’s decision was announced.

Total enrollment dropped from 3,663 students in May 2016 to 3,208 students in August 2016, an overall loss of 455 students. Enrollment gradually gained throughout the 2016 school year though, bringing the total number of students enrolled up to 3,502.

A slight dip in enrollment again occurred between May 2017 and August 2017, showing 88 fewer students had registered.

“That we lost students at all, that’s a concern. It’s just something we have to deal with,” Thigpen said. “We just educate the ones we have. We know that parents have choices. They made those choices. If we get students in seats, we teach those students.”