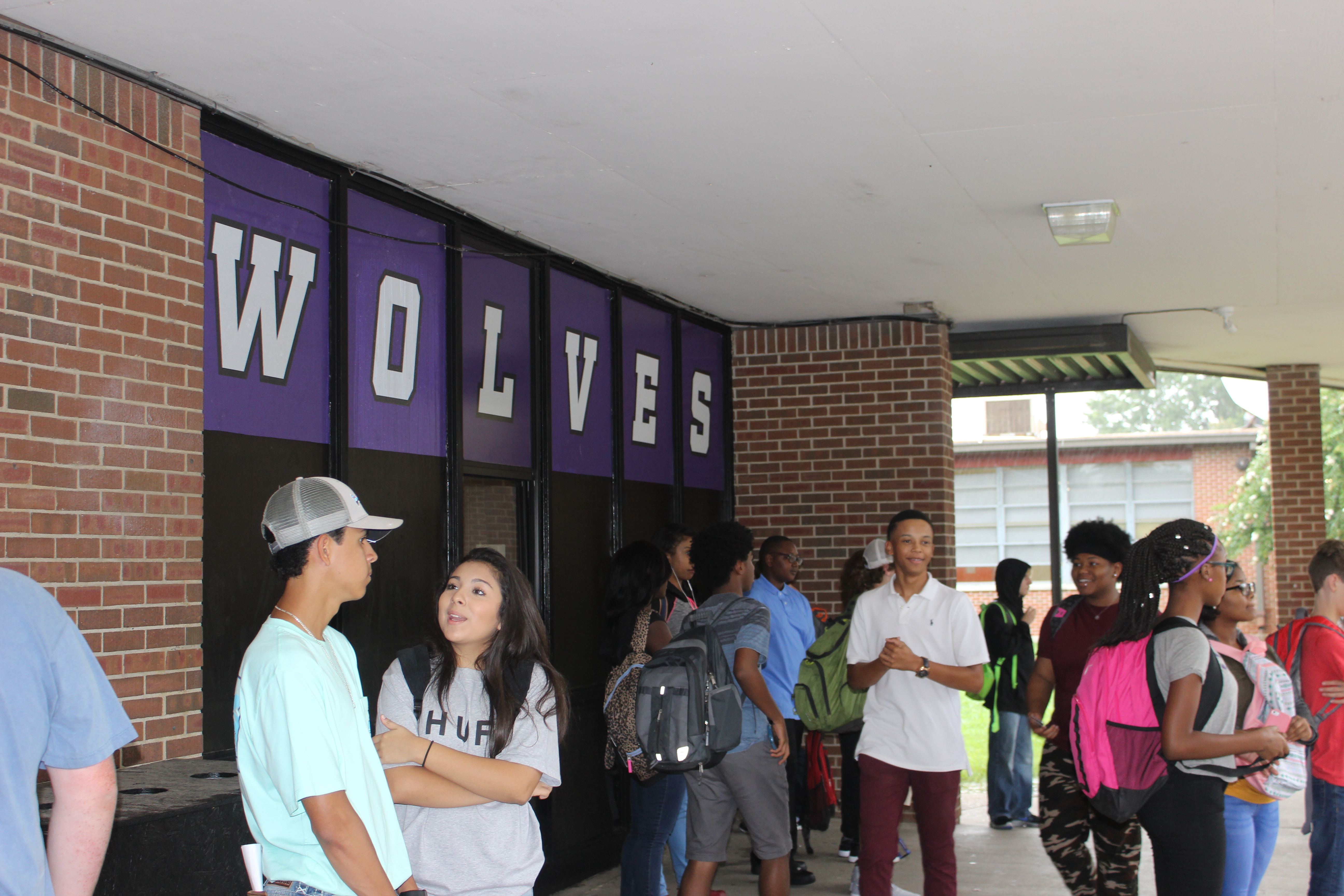 Students wait to be picked up outside of Cleveland Central High School after the first day of class.

“Classrooms were packed. They were packed,” said Jessia Ramirez, a freshman at Cleveland High School. “It’s weird that I’m back here because I just graduated from this school.”

Ramirez attended Margaret Green Middle School, which now serves as the building that houses freshmen and sophomores at Cleveland High School. The building next to it holds juniors and seniors.

“At first it was kind of hectic because it was a lot of kids but it was running smoothly [by the end of the day]. I can see myself getting used to this school. It’s just kind of off right now because I can’t get it through my head that I’m a freshman,” Ramirez said.

The new consolidated middle school is located where East Side High School was located.

“It was a good day, we got a lot done … students had to learn where their teachers’ classes were. That was a little slow, getting to class. That’s about it. Today went pretty smoothly because we pretty much planned for everything that we could foresee happening,” said L’Kenna Whitehead, principal of Cleveland Central Middle School.

The schools were originally scheduled to have a pep rally that would kick off the school year, but it had to be rescheduled due to inclement weather.

In May 2016 a federal judge handed down an order declaring that the schools must consolidate, a result of 62 years’ worth of litigation. The original suit seeking school desegregation was filed in 1955 against the Bolivar County Board of Education.

Though the district originally appealed the order, that action was eventually dropped and the district conceded to the consolidation.

With hundreds of federal desegregation orders pending throughout the U.S., at least 40 of those in Mississippi, some experts think school mergers could become a more common occurrence.

“I think the shift that’s coming is the government seems to be very short on patience. They’ve let all this time go,” said Paula Johnson, an education associate with the Intercultural Development Research Association.

“We’re talking at least 50 years where they let school districts try to get it right but if I’m still looking at data and I’m still seeing you have two schools that are specifically divided along racial lines, they’re going to start pushing them in this direction I think, and (Cleveland) again can be a model of how it can be done proactively.”