The death of Johnny Hall Jr., a 35-year-old prisoner serving 30 years at Mississippi State Penitentiary at Parchman, is the eighth at a state prison so far this year.

That total is more than all the inmate deaths in 2016, when six inmates died in prison, and more than double the number of deaths in all of 2015, when there were three, according to an analysis of information released by the Mississippi Department of Corrections.

A press release issued Wednesday states that Hall was found unresponsive in his cell at Parchman on July 4 and pronounced dead around 6:35 a.m. That release also states that Hall was convicted on four different occasions, including for burglary, escape and fleeing law enforcement. 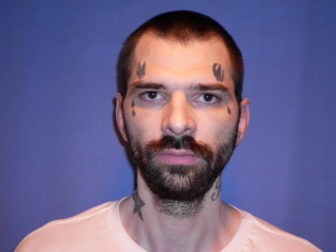 Johnny Hall Jr. was found unresponsive in his cell the morning of July 4, 2017

The state prison agency said the cause and manner of Hall’s death are pending an autopsy and investigation.

His death comes three months after  three prisoners died in a one-week span at Parchman, from April 11 to April 14.

On April 15, Randy Bevill died at Bolivar County Medical. He was convicted of the 1986 murder of an 18-year-old jogger named Amy Clayton.

Billy T. Bonner, 78, a former justice court judge convicted of rape in 2013 died at the Parchman hospital on April 14.

Maral Gartney, 20, died April 11 and was serving a 10-year sentence on charges of shooting into a dwelling and a motor vehicle.

The agency’s investigations into those deaths are ongoing so commenting would be premature, said department spokesperson Grace Fisher. Death certificates, which state causes of death, are not public under Mississippi’s open-records law.

Blake Feldman, the advocacy coordinator for the ACLU of Mississippi, said the rate of deaths so far this year is “incredibly alarming.”

“It looks like there’s a very alarming spike in the past year. It would be very troubling to learn that MDOC isn’t concerned and isn’t looking at how to keep people in their care alive,” Feldman said.

Sarah Norwood, the younger sister of Maral Gartney, said he seemed to despair towards the end of his life, doubting whether he would ever make it out of prison even though he was eligible for parole later this year.

In a letter he wrote to family members in late March, she said Gartney described an experience of his body warming while reading the Bible, as if possessed by a demon, so he kept reading hoping to exorcise to spirit. A short time later, Gartney was pronounced dead at a prison hospital. 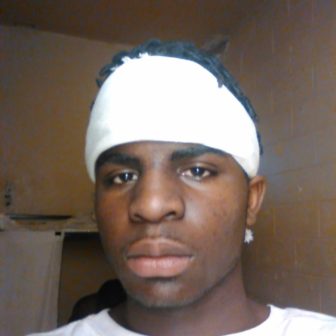 “It hurt me because he was so ready to get out. He gave so many years for him to die right there,” Norwood told Mississippi Today.

In a report published in 2015, the Bureau of Justice Statistics analyzed mortality in local jails and prisons between 2000 and 2013. The agency’s analysis found that overall the number of deaths in local or state prisons was on the rise, increasing for three consecutive years.

Mississippi’s prison mortality rate, in which analysts calculated state and federal inmates, has been erratic over the years, according to the justice statistics data. In 2013, the last year analysts examined, 68 inmates died in state and federal facilities in Mississippi — a jump from 41 the previous year.

The ACLU’s Feldman is unfamiliar with the circumstances of the prison deaths that have occurred this year, but says the state is financially ill-equipped to guarantee the health of safety of inmates.

For the fiscal year that began July 1, the Legislature appropriated $310 million to the department of corrections.

“MDOC doesn’t have enough funding to take care of 20,000 people. Our prison system is so big and the funding that is provided for a uniquely large prison population puts our state at the level of egregiousness seen in private prisons,” he added.

The ACLU along with the Southern Poverty Law Center have a class-action lawsuit pending against the state over access to health-care services and violent conditions  at East Mississippi Correctional Facility, the privately run state prison in Meridian.

MDOC inmate deaths so far this year top all of 2016