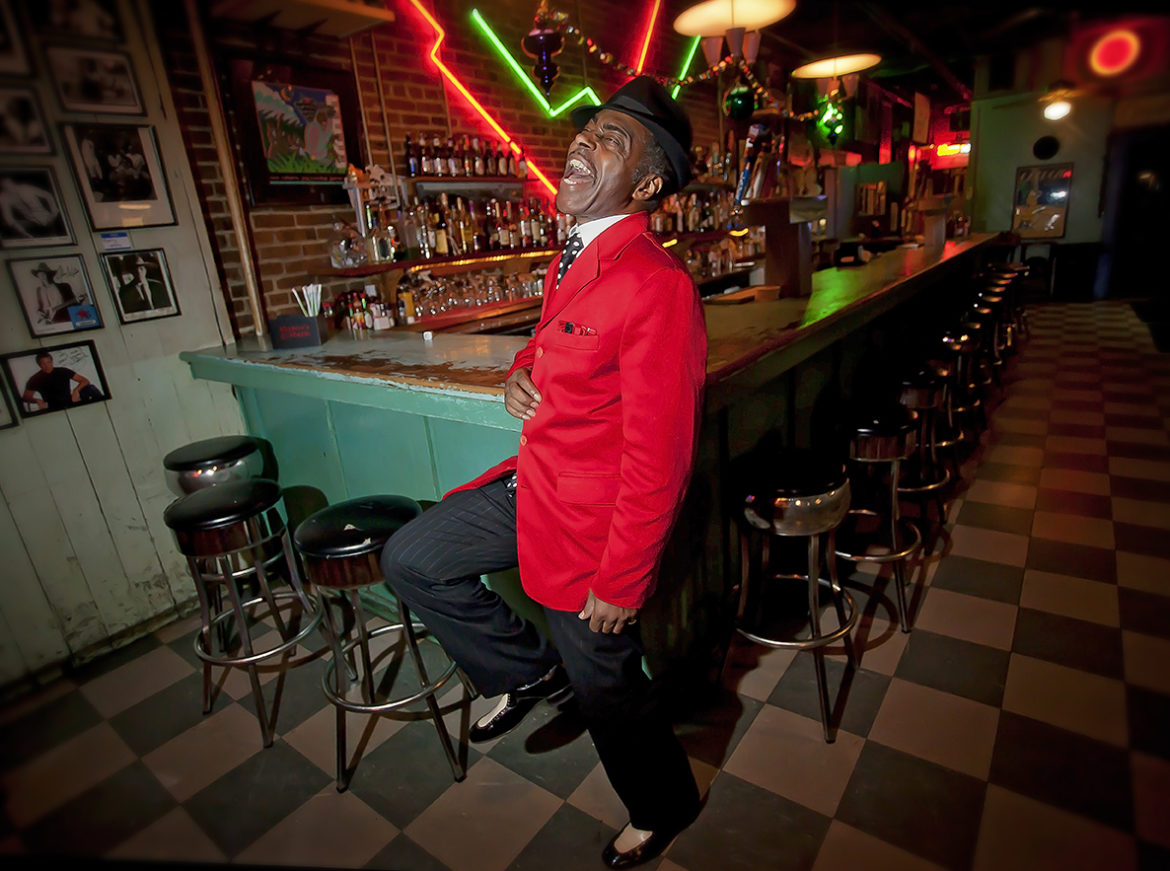 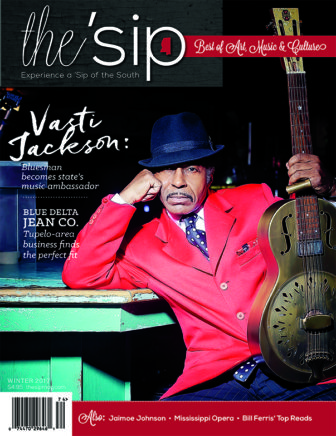 There’s no sensory experience like an empty nightclub waiting for its moment.

The way the neon hangs in the room, drawing attention away from the dark corners where revelries past collect. The way the hurried staff burst from double-doored corridors to set a centerpiece or load beer into a cooler, the anticipation rising as guests arrive.

The event on this particular night, 10 years in the making, celebrates the Mississippi Blues Trail, the maze of 194 signposts throughout the state marking significant artists, places and events in the development of the blues. And there’s hardly a person alive who understands the significance of the blues, what it is and what it’s not, more than Vasti Jackson. “I don’t mind being called a bluesman — I am a bluesman,” Jackson said. “Not because I play guitar, but because I was born into that struggle, into that lineage, the combination of Europe and Africa converging.”

Tonight, Jackson’s gig is to serve as ambassador of the blues, a role he has earned since arriving in the capital city by way of McComb in the late 1970s, as a Jackson State University student. The state, through its Mississippi Arts Commission, officially recognized Jackson this month with a Governor’s Award for Arts Ambassador.

“I am not aware of a more important living artist who has devoted his life to promoting, preserving, embodying and extending the musical legacy of Mississippi,” said filmmaker and friend Robert Mugge in a letter of support for the award.

In fact, 2017 may be Jackson’s biggest in a 40-year career that has put him alongside luminaries Martin Scorsese, Harry Connick Jr. and B.B. King.

Jackson earned a Grammy nomination from The Recording Academy for The Soul of Jimmie Rodgers, a self-financed and self-released album of eight Rodgers covers and two originals, recorded at Jackson’s home in Hattiesburg. He competed in the Best Traditional Blues Album category with first-time Grammy winner Bobby Rush’s Porcupine Meat, an album he was also deeply involved with creating.

Jackson walks through the door at Hal & Mal’s, confident and focused, coiffed in a red suit with black and white trim and a matching fedora, carrying a guitar case and eyeing the room for a friendly face — which he quickly finds in two middle-aged men he greets before setting down his case. Then he pulls out his parlor-sized resonator guitar and a slide and gets to business.

Jackson grew up in a family full of fiddle, jug, harmonica and guitar players going back generations and has built a life around his ear and talents. Drums were his first love and what earned him a scholarship to Jackson State, but the guitar is what made him famous. He played his first gigs in McComb at age 13 backing up Big Moody, who lived a couple of blocks away, and earned a hamburger or hot dog and a few dollars every time.

His neighborhood, a few blocks off the Summit Street nightclub strip, was full of drummers, so Jackson had more calls to play guitar. But when he auditioned for the high school jazz band, the band leader quickly figured out he had been playing by ear and couldn’t read music. He exiled him until he learned.

“He told me later the reason he did that was [because] either I loved it — I had passion and conviction enough to go do it — or it would break me,” he said. “It didn’t break me.”

By senior year, Jackson was helping transpose instrument charts for stage plays, a skill that helped him at JSU and made him indispensable as a musical director later in his career with Bobby Rush, Wynton Marsalis and others. College wouldn’t last long, as the lure of gigs and life as a professional musician drew him across the country and, eventually, around the world.

After recording his first session at Malaco studios in Jackson for McKinley Mitchell, Jackson followed gigs from Atlanta to San Diego to Los Angeles, where he briefly worked with producer Leon Haywood, the man Dr. Dre famously sampled on Nuthin’ But a ‘G’ Thang. A strike by the musicians’ union brought Jackson back home to McComb, where he happened upon Rush at the Elks Rest Club. Soon, he got a cut on Rush’s hit Sue and began filling in for local bluesman Jesse Robinson with ZZ Hill.

“From there, I became like a default guy,” he said. “I was the musical director for ZZ. I was doing a bunch of stuff at Malaco — from working on songs with George Jackson and demos, and doing the Jackson Southernaires and the Williams Brothers and Latimore.”

Jackson had only heard of Jimmie Rodgers when he received the call to audition for Jimmie Rodgers: America’s Blue Yodeler, a play about the Meridian-born “Singing Brakeman” that debuted in May 2016 at the Meridian Little Theater. Jackson’s friend Britt Gully, who performs a tribute to Rodgers and had the lead role, recommended Jackson to play Hobo Bill, a character drawn from Rodgers’ tune, Hobo Bill’s Last Ride. In the play, he performs several of Rodgers’ songs.

What Jackson knew about the hoboing life was limited to hopping trains with friends back in McComb and riding them downtown or to a fishing hole. But he had no trouble finding the hobo soul in Rodgers’ music — after all, Rodgers himself drew upon the blues to make what many consider the first country music songs. As Jackson points out, Rodgers cut Those Gambler’s Blues riffs on the blues standard St. James Infirmary and he even collaborated with Louis Armstrong on Standing on the Corner.

Throughout his career, Jackson has drawn upon his own lineage and influences, as well, for his interpretations of music. Four generations back, Jackson has an Irish ancestor on his mother’s side; his father’s side of the family includes Lebanese and Native American alongside African ancestors. He grew up in McComb knowing, in passing at least, his acknowledged white cousins, who lived in the nicer homes on the other side of the train tracks.

“I have this real complicated mix of Irish, African and Hebrew,” he said. “My grandfather was the hard blues guy. My grandmother loved country and gospel music. He taught her to play the guitar, [and] her thing was always with an Irish lilt.” Jackson’s reimagining of traditional country songs for the play and the album, which includes eight Rodgers covers and two originals, follows the pattern that his African ancestors took when they began singing European hymns — instead of singing the melody straight on the notes and beats, his phrasing is more dramatic, with subtle, soulful vibrato emphasizing Rodgers’ verses. He illustrates his point with an a cappella rendition of Amazing Grace, first sung according to the hymnal and then sung “with a little bit of Africa” mixed in.

“It would have been a pretense to go, ‘dink-donk, dink-donk’ [imitates the traditional beat of early country music], you know what I mean?” he said. “Jimmie said that he was yodeling the blues, because of the influence he had from African Americans who were sharecroppers when he was growing up.”

Jackson had completed an album of original work when he began learning Rodgers’ songs, but instinct drove him to shelve the project to see his Jimmie Rodgers experiment to its conclusion. He recorded his sparse takes at home and released The Soul of Jimmie Rodgers to coincide with his performances in the play. Then, with no record company, publicist or machine behind him, he simply submitted the album to The Recording Academy and got back to work.

“I went back to Europe,” he said. “I was in South America — Chile and Argentina — and Holland and Belgium [playing festivals]. I was going about my thing. I didn’t know that it was nominated until I began to see it on Facebook.”

“You’ve got blues people who don’t play music,” Jackson explained. “The music is just a reflection of the culture. [It’s] about survival, improvisation, escape, freedom, you know what I mean? Trying to get an outlet for your Africanism because it’s restricted by the dominant European culture. You can’t speak your language.”

There’s excitement in Jackson’s voice as he switches tracks to consider what it means for a homegrown project like his to garner such recognition. He talks fast and clearly doesn’t want to stop, but the draw of his blues family in the next room is too much. He pauses once more before heading into the night’s celebration.

“The thing about this that’s so important for Mississippi is that this story gives optimism for other people who are recording and writing music,” he said. “You don’t always have to have an enormous budget. If the conviction and truth is within the capture of the performance, that’s what’s most important for roots music.

Respect for the music, the integrity of the performance, and those who came before him have propelled Jackson this far. Following that line keeps him tied to the source of his creativity and, as long as that stays intact, Jackson has room to roam.
“I’m rooted in the blues,” he added. “I’m not limited by the blues.” 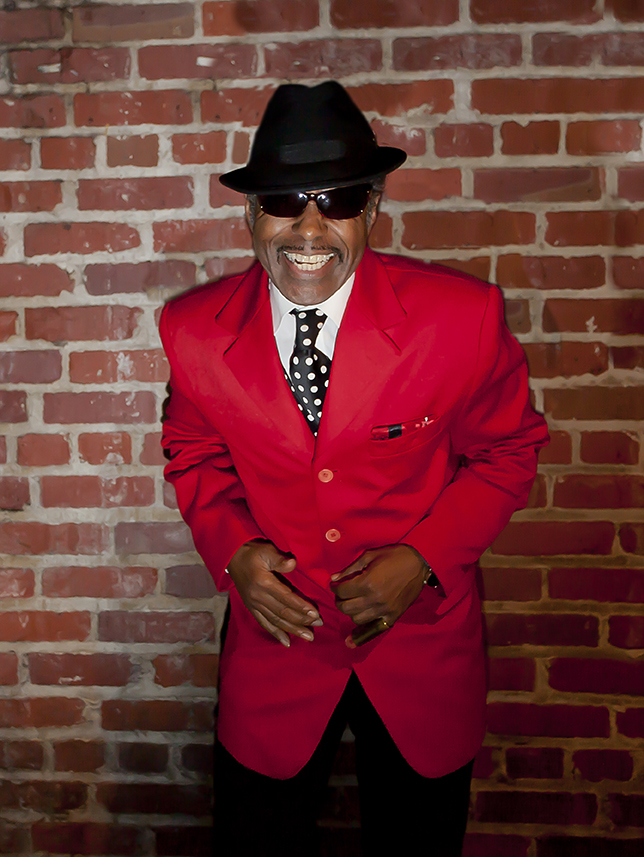 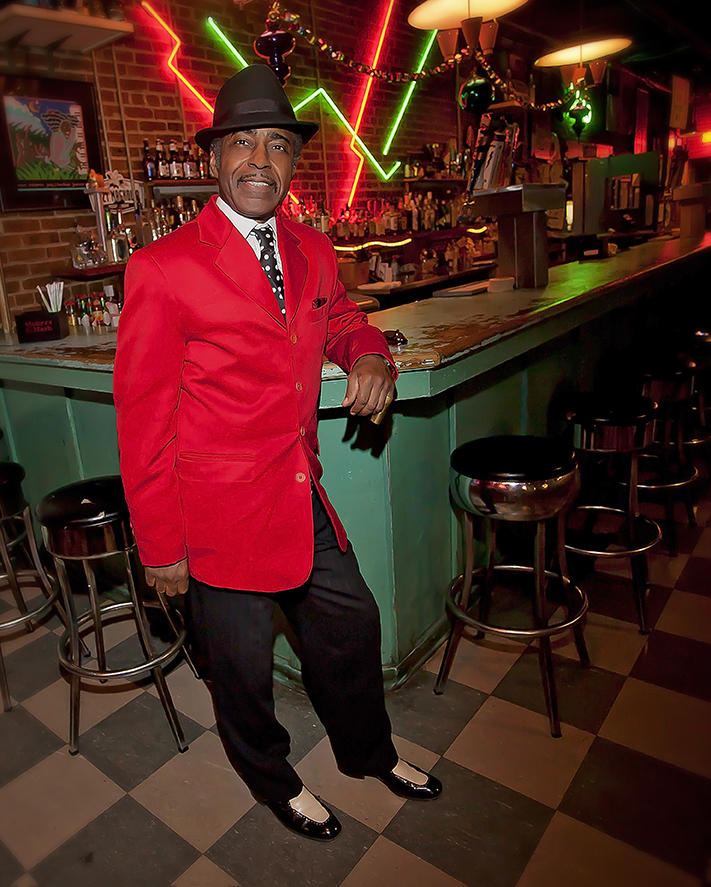 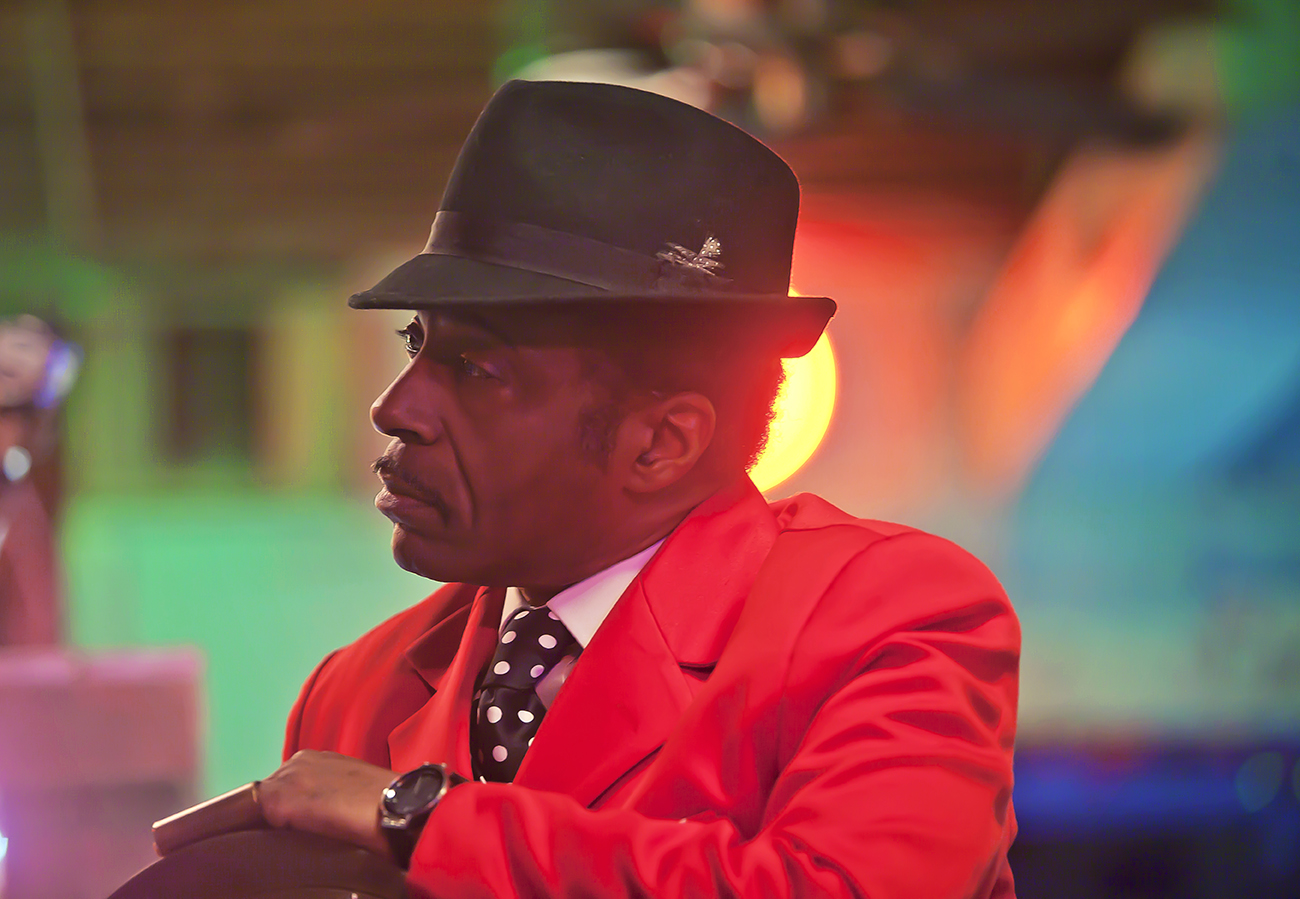 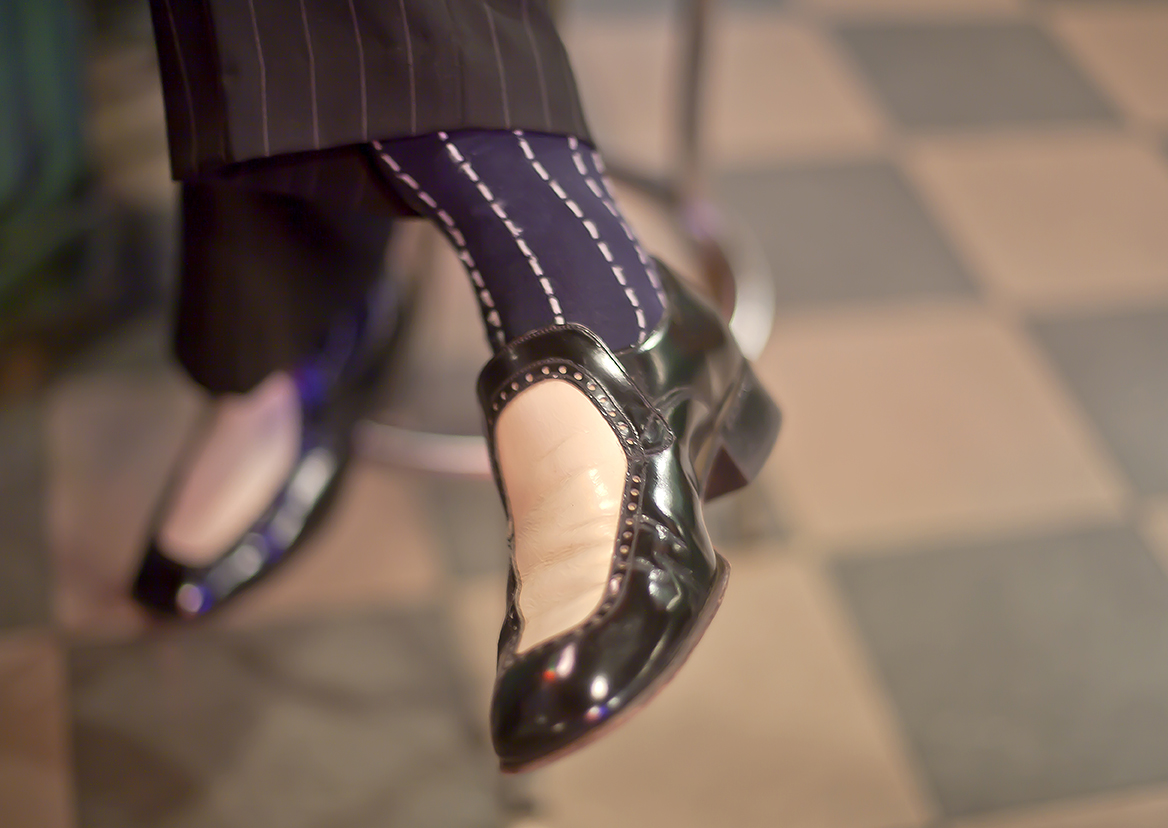 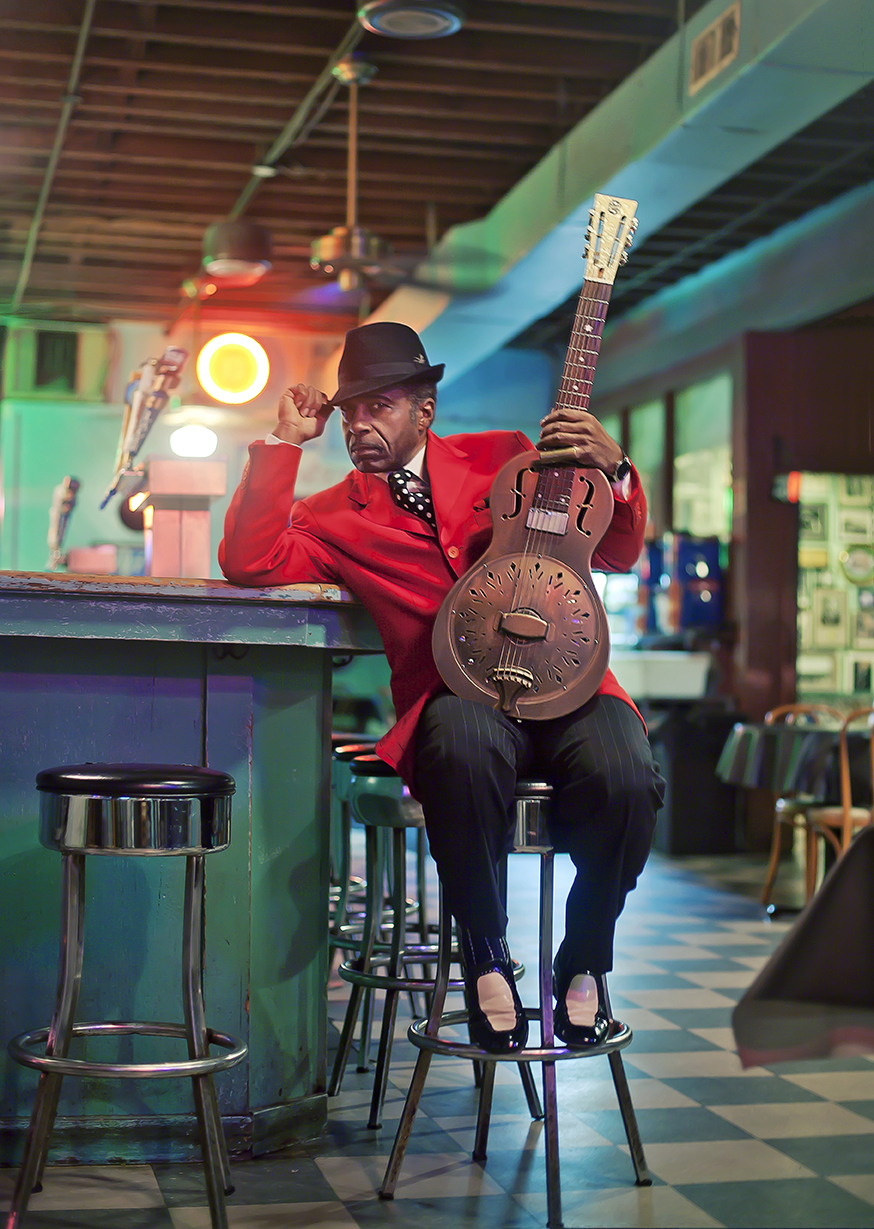 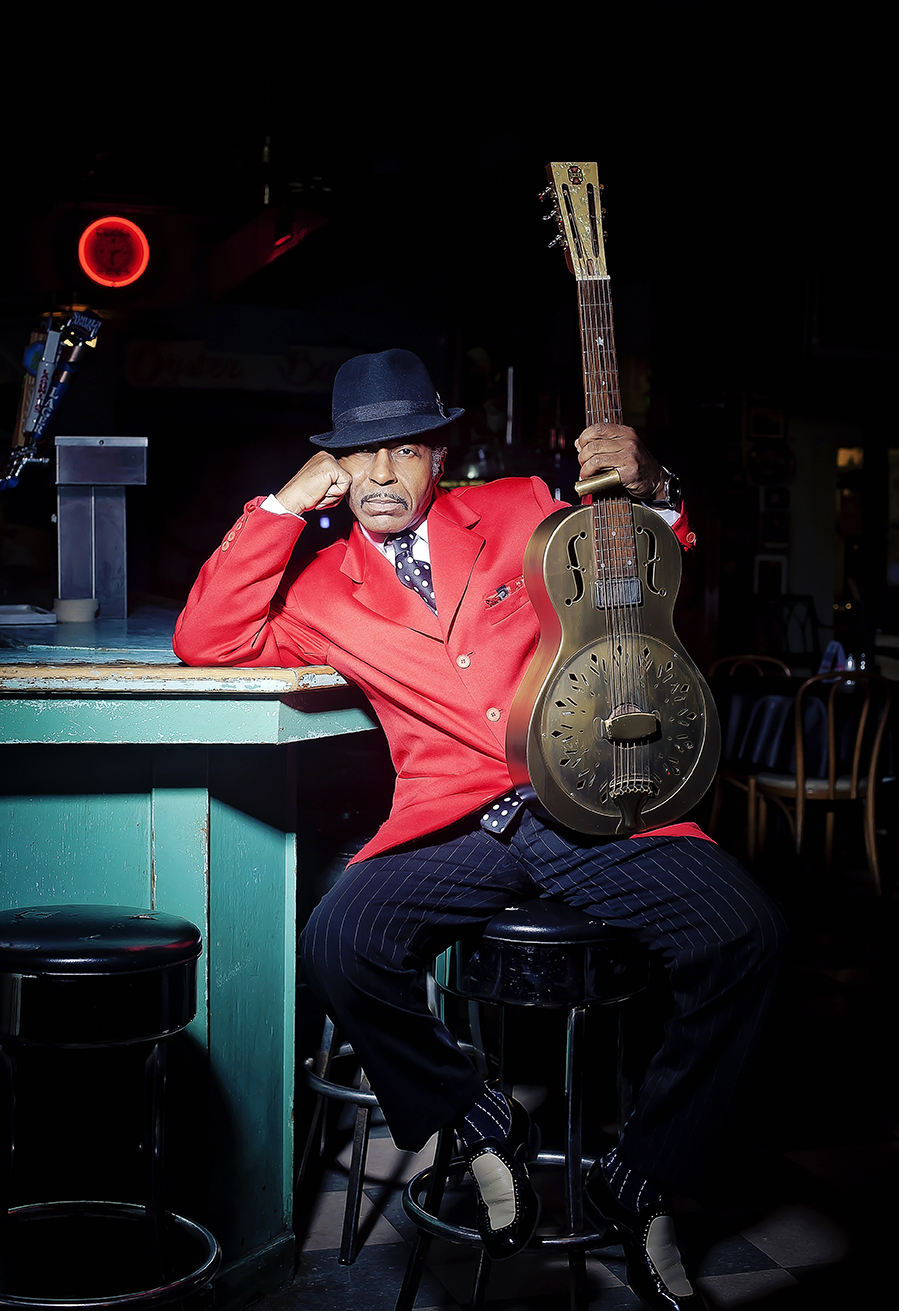 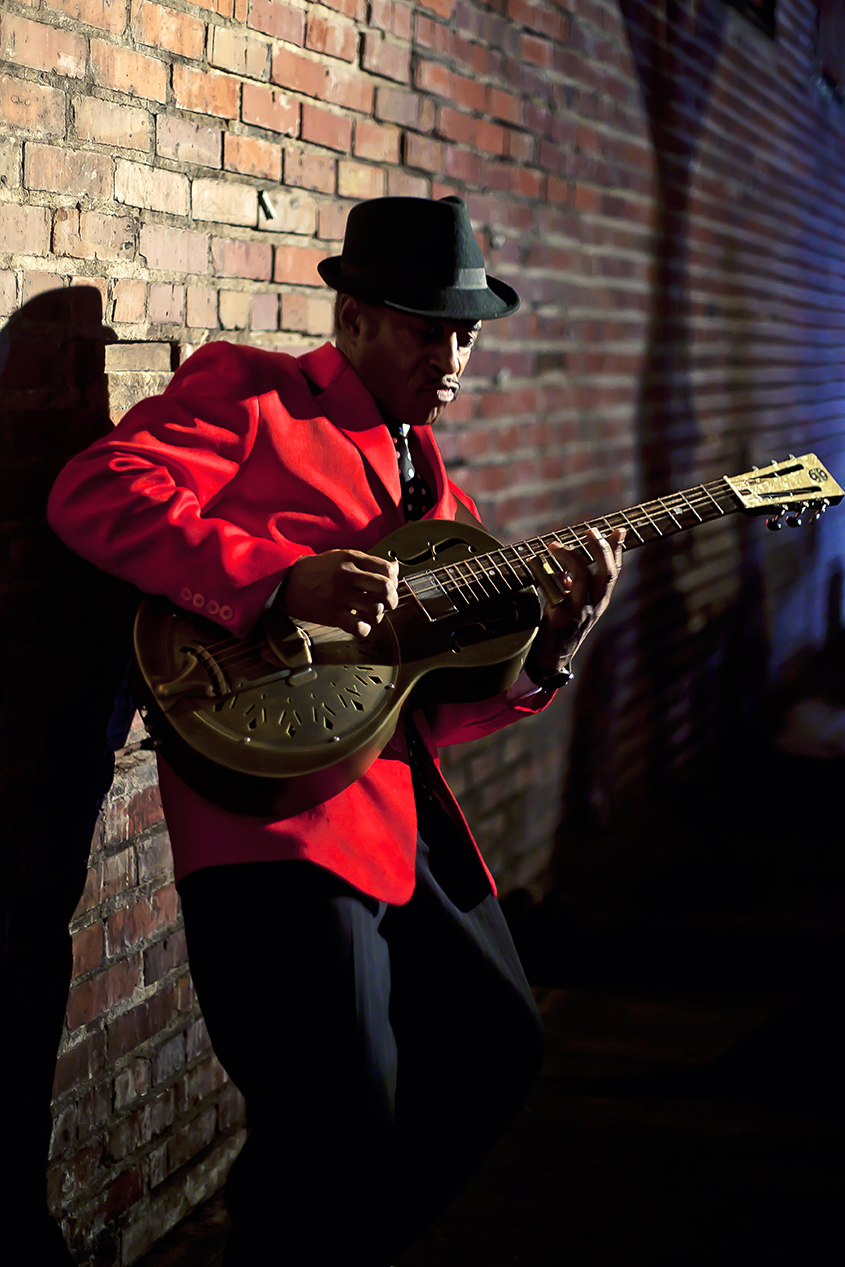 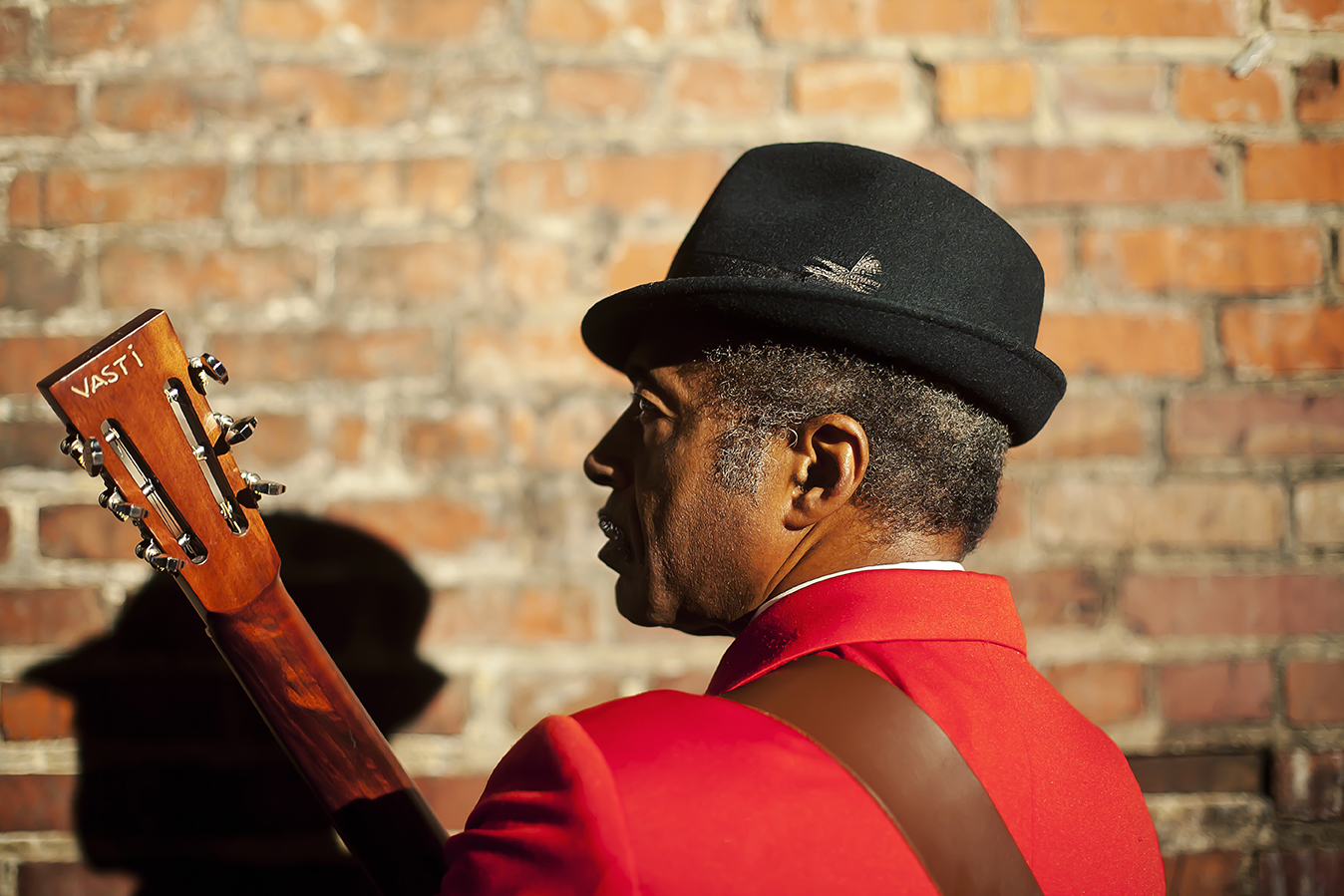 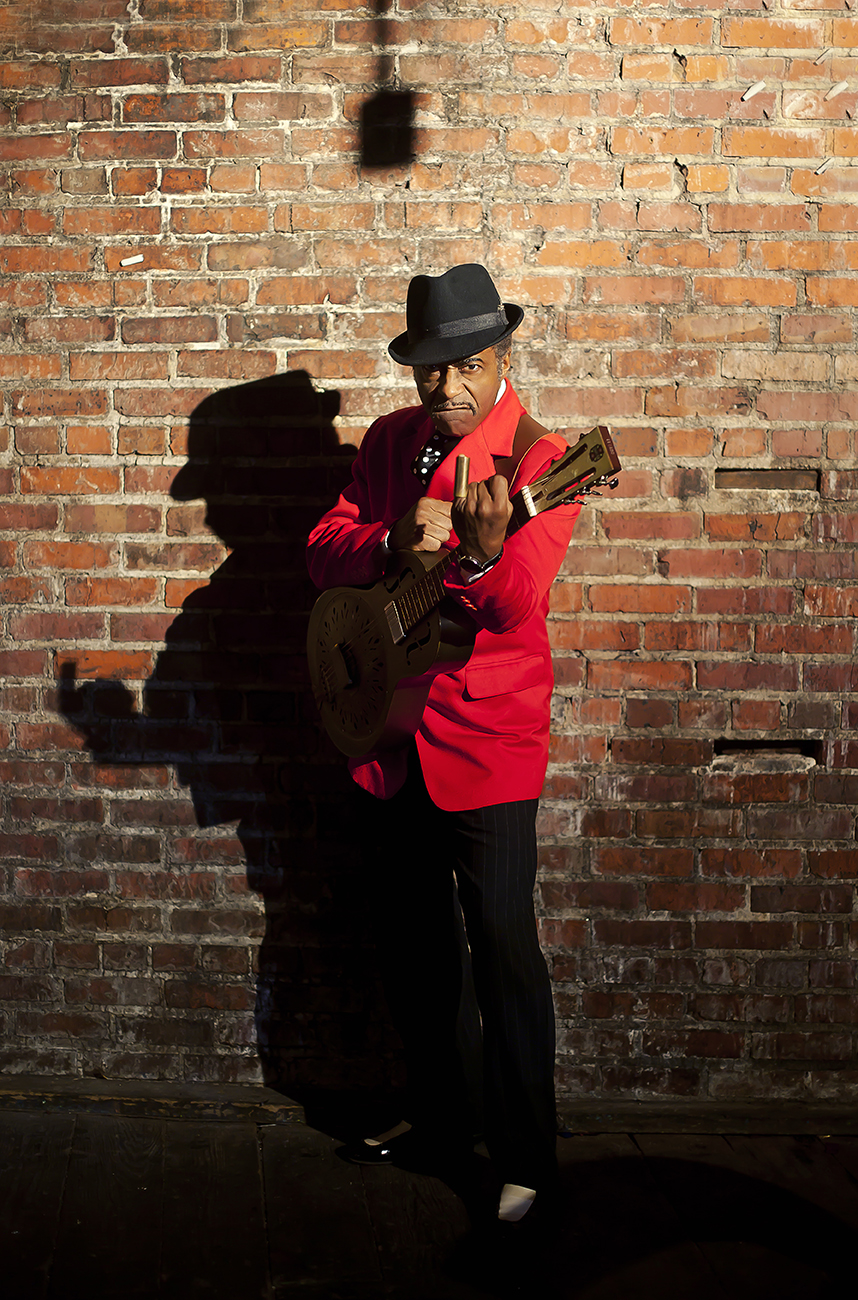 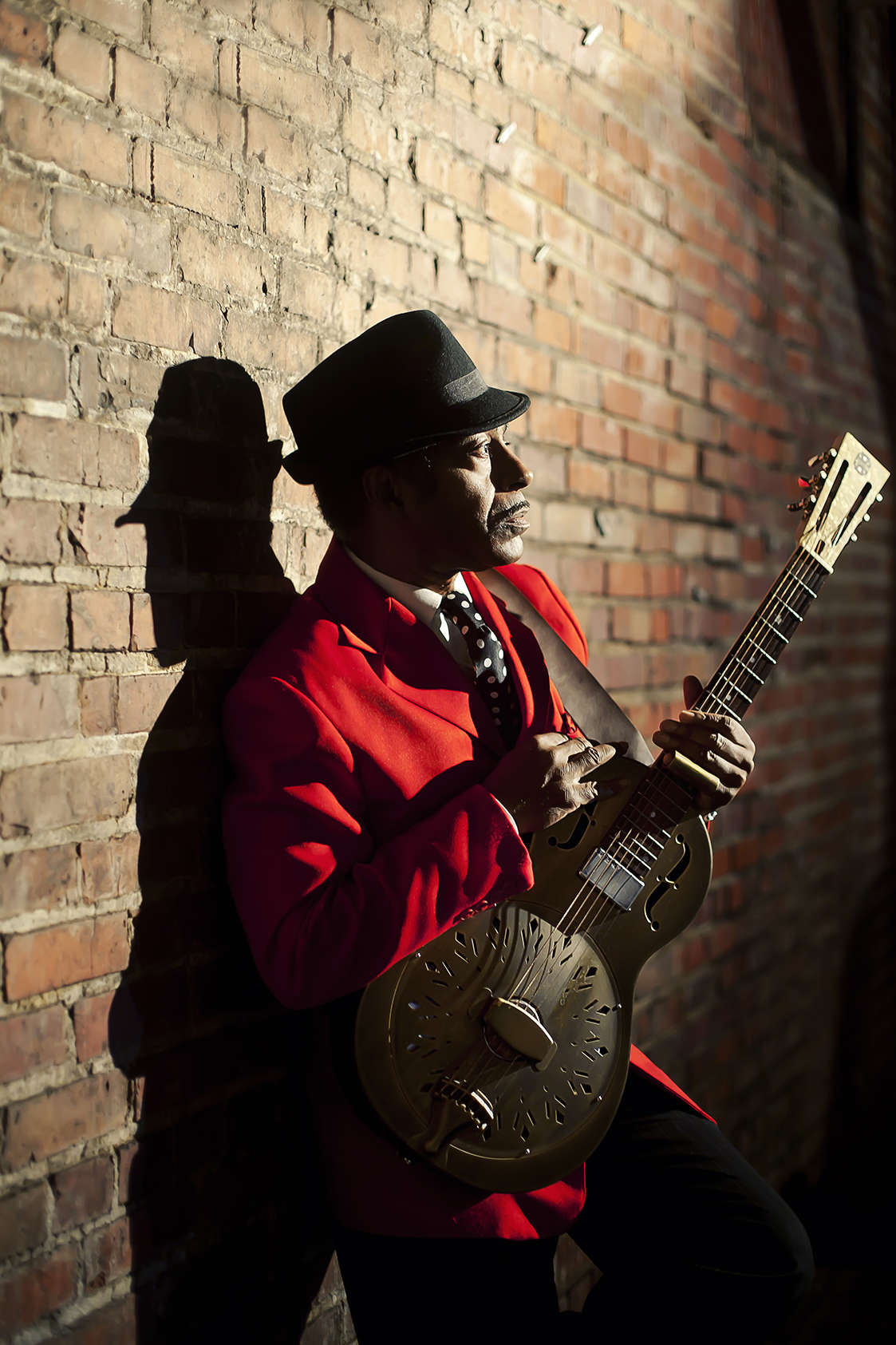 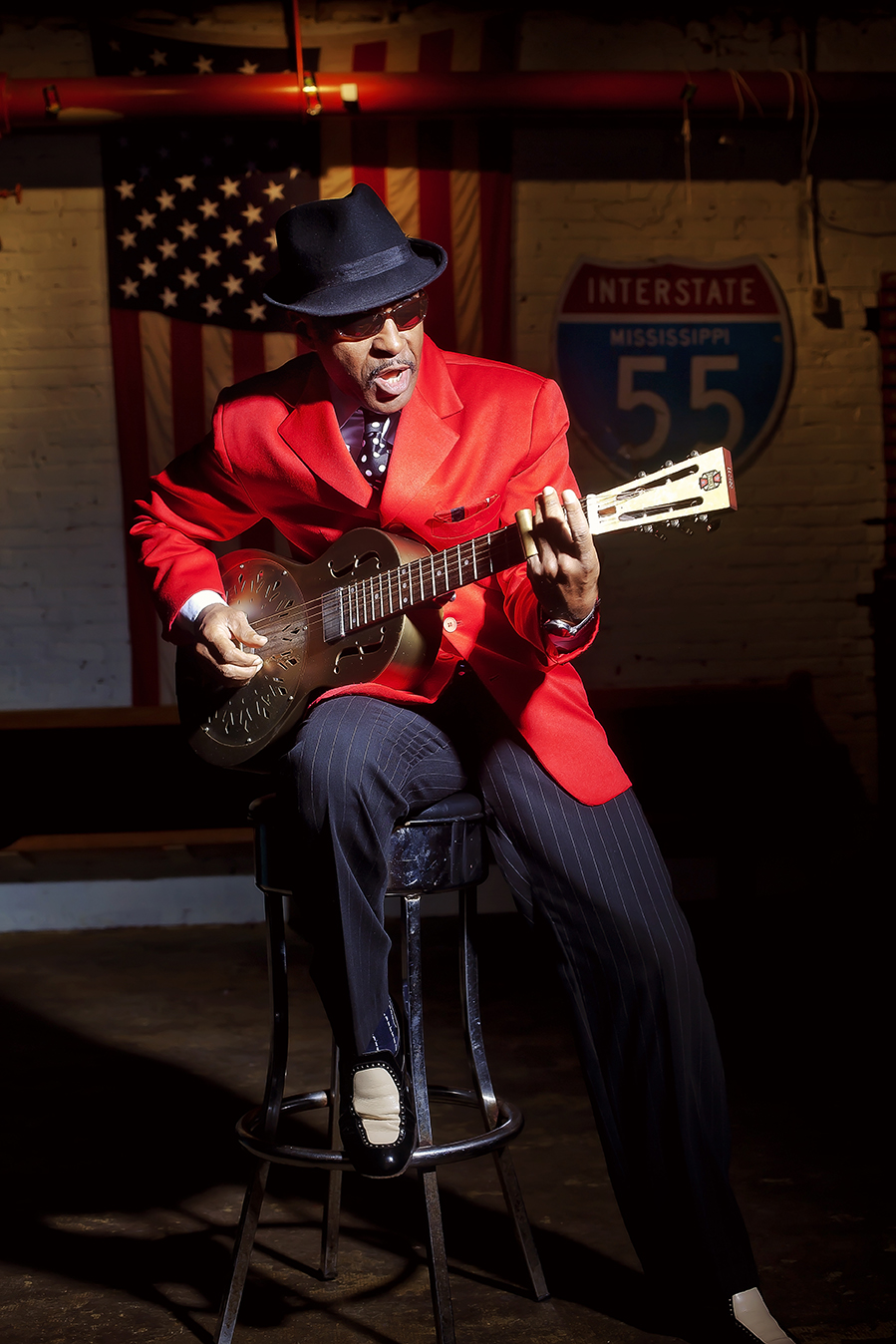 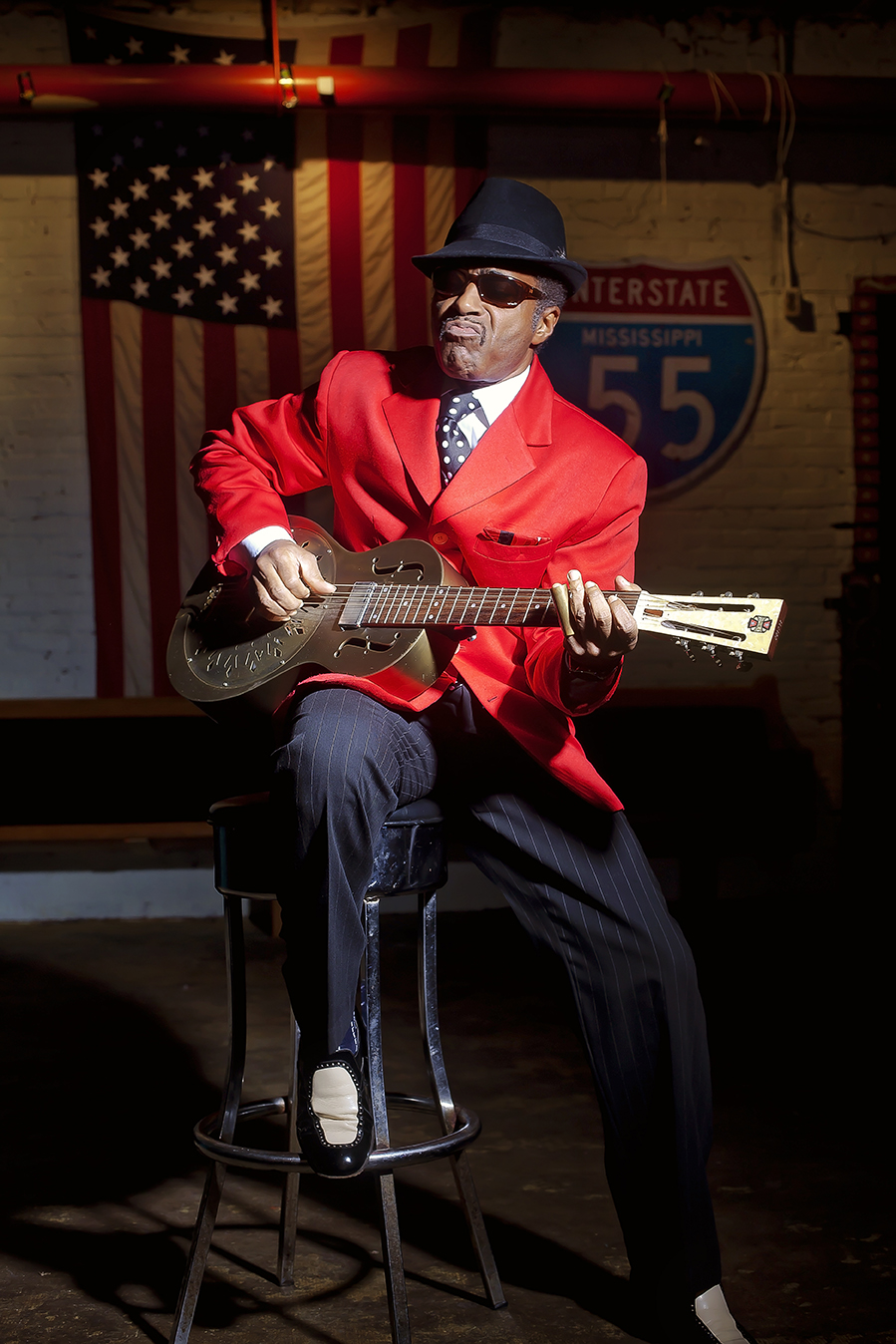 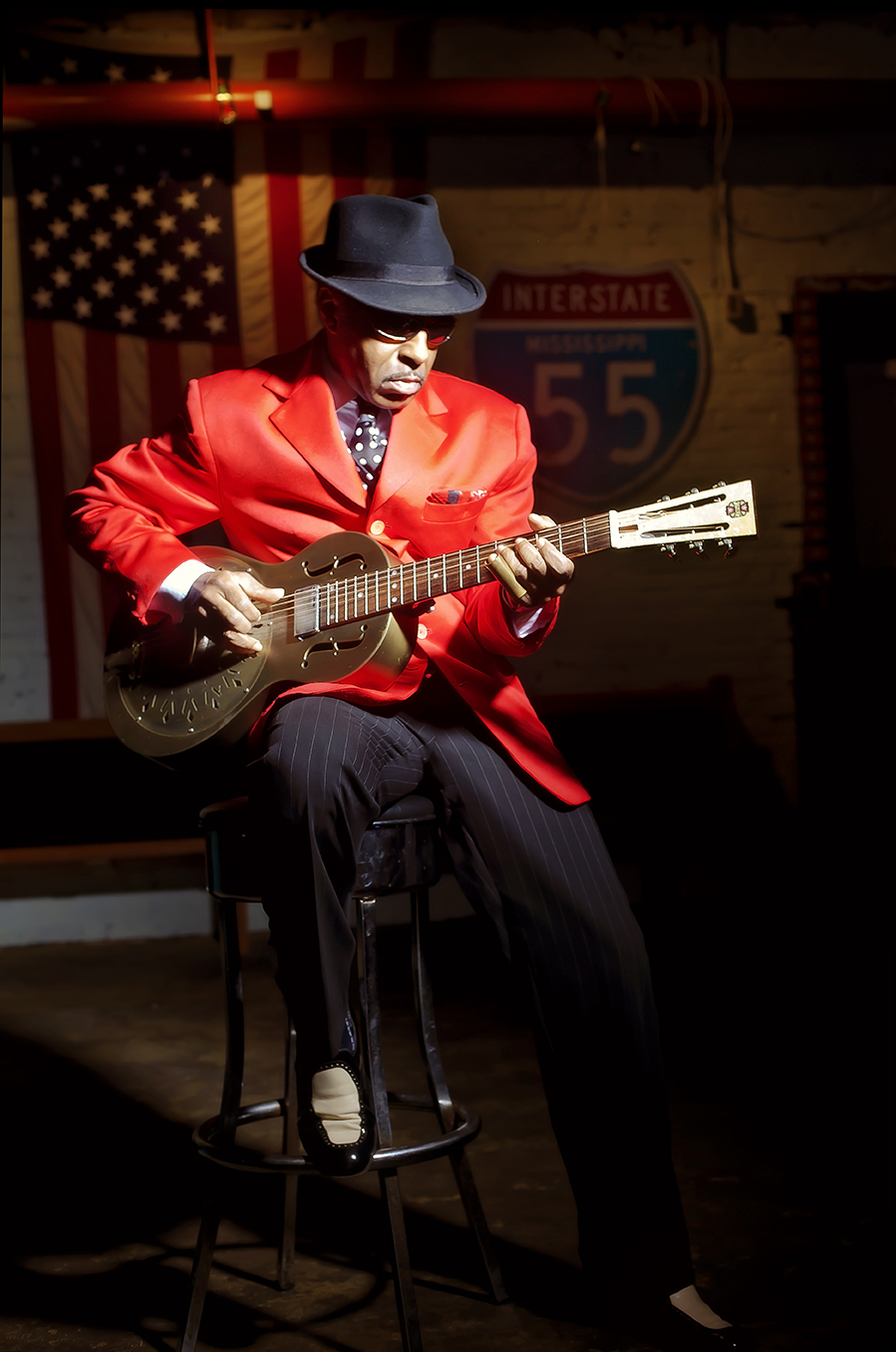 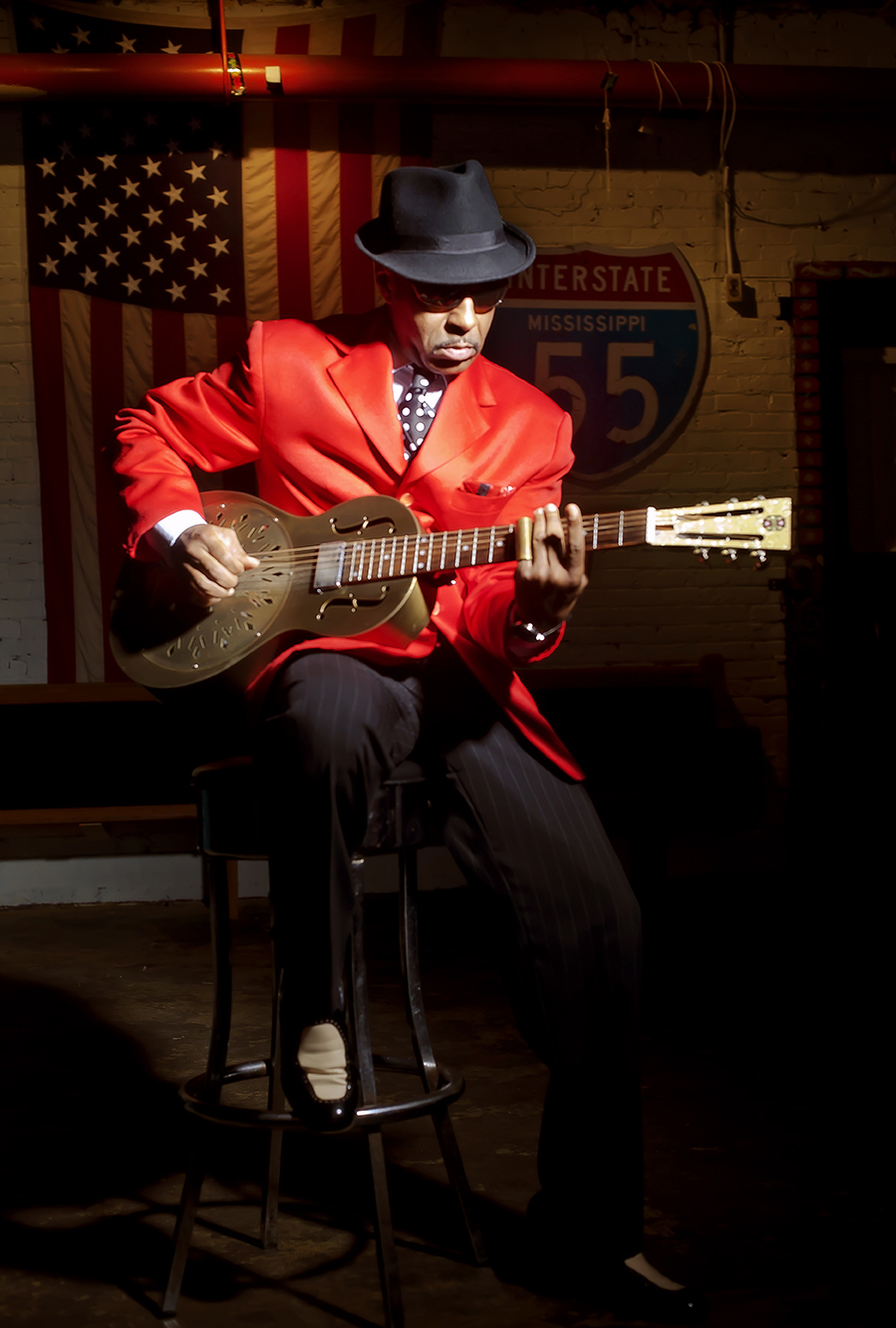