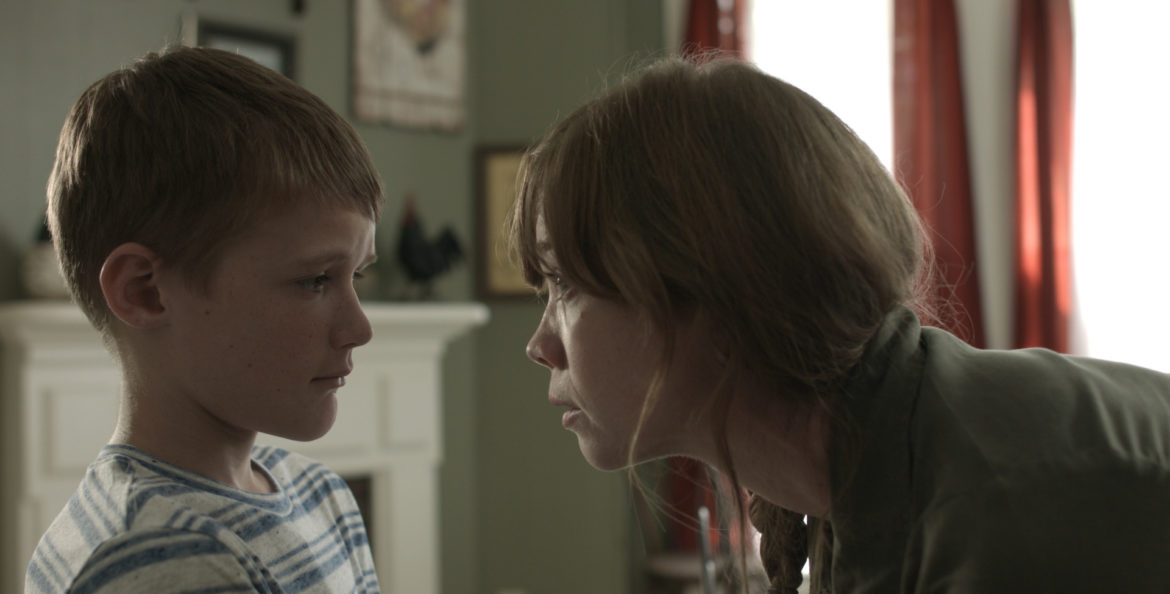 A scene from "The Atoning," a film by Michael Williams, will be featured at the Oxford Film Festival. Williams met the film's lead, Virginia Newcomb, right, last year at the festival.

Filmmaker Michael Williams first met actor Virginia Newcomb at last year’s Oxford Film Festival. That chance meeting was all it took for Williams to cast her in the lead role in The Atoning, a suspenseful feature film that will debut this month at the 14th edition of the festival. 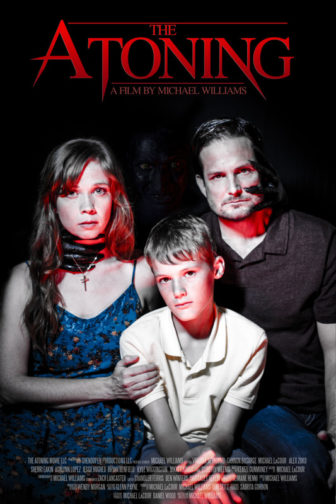 A poster for “The Atoning,” a thriller that will be shown at the Oxford Film Festival.

“Her work made an impression,” said Williams, a West Point resident. “When I began writing The Atoning and was thinking about casting the role of Vera, Virginia came to mind, and I knew I wanted her to read for the role. I always tell people that you never know where one interaction will lead.”

Melanie Addington, in her second year as executive director of the Oxford Film Festival, said that sort of networking is a big draw for festival attendees, whether they are aspiring or established filmmakers, screen writers or actors or fans looking to connect with kindred spirits.

“Stuff like that happens every year, where people meet at the festival and end up coming up with great new films because of that process,” she said. “It’s fun to watch people get to network and then, two years later, or the next year, I see people in each others’ films.

The 2017 Oxford Film Festival will screen 151 independently produced films between Feb. 15-19 at venues including the Malco Theater, Lyric Theater and Oxford Convention Center. 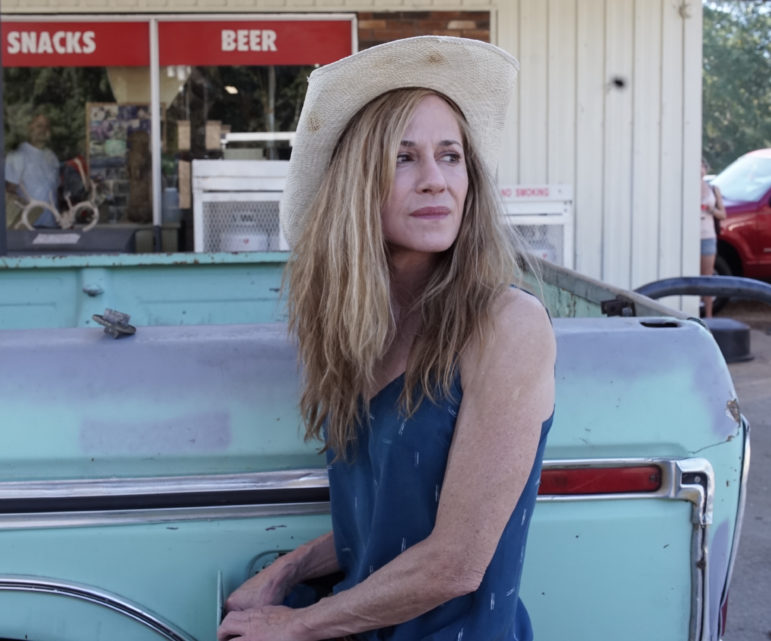 “Strange Weather,” a film starring Holly Hunter, will kick off the 14th Annual Oxford Film Festival. The movie was filmed in Mississippi.

The festival will open with the Katherine Dieckmann-directed Strange Weather, a story of a mother who travels the rural South while dealing with the death of her son. Holly Hunter, the Academy Award-winning actress who first broke out in Raising Arizona, stars in the film, which musician Sharon Van Etten sound tracked.

Although Strange Weather follows a journey from Georgia to Louisiana, filming took place entirely in Mississippi because of tax incentives and a diversity of scenery that matched the lead character’s four-state drive.

“When I first came down from New York to check out Mississippi,” Dieckmann said, “I was taken all around the Jackson vicinity by Ward Emling from the Mississippi Film Office.”

Dieckmann, a professor at Columbia University, previously directed the Nickelodeon series The Adventures of Pete and Pete, among other work, and served as a juror at the 2016 Oxford Film Festival.

“When it came time to make the movie, our location scout John Read picked up where Ward left off and literally found me every single thing I needed to create three different states without straying all that far from Jackson,” she said. 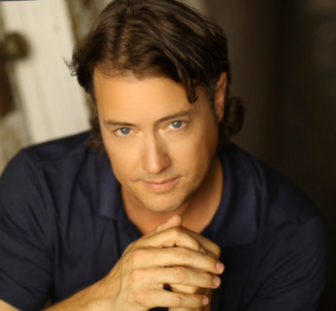 Jeremy London of “Mallrats” and “Party of Five” fame, will screen his movie “Monsters Anonymous” at the upcoming Oxford Film Festival.

Indie-film veterans such as occasional Oxonian Joey Lauren Adams and her Mallrats co-star Jeremy London will also take part in the festivities. Adams will participate in a panel at the Ford Center on the Ole Miss campus following a screening of the 1997 comedy Chasing Amy, while London’s Monsters Anonymous, which he wrote with Biloxians Jason Robbins and Wallace Phelps, will also screen during the event. The feature film All the Birds Have Flown South, starring Adams, is also part of the festival lineup. 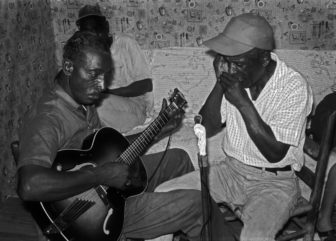 “Shake ‘Em On Down,” a film by Joe York and Scott Barretta, focuses on the life of Mississippi Fred McDowell. The film is part of the 2017 Oxford Film Festival lineup.

This year, the festival will expand its opportunities for kids to watch and learn about movie making.

“We’ve always shown a couple of kids’ films here and there, but this is a two-day, dedicated, drop-off [event],” Addington said. “You can go watch the other movies and let them hang out there Saturday and Sunday of the festival.” 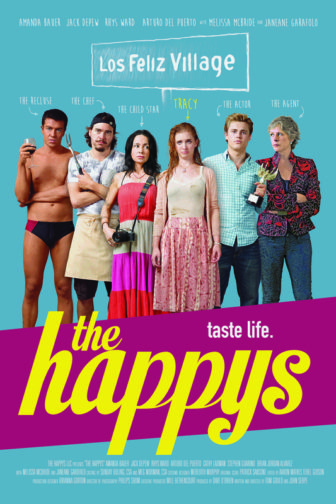 “The Happys,” starring Janeane Garofalo, is part of the new LGBTQ section of this year’s festival.

The Janeane Garofalo-led film The Happys heads the just-added LGBTQ section of features and shorts, which also includes the documentary How Love Won: The Fight for Marriage Equality and Julie Sokolow’s Woman on Fire.

The festival will close on Sunday at 6 p.m. with a screening of Folk Hero & Funny Guy, starring Alex Karpovsky. Including the film brought about another happy connection — or in this case, a reconnection.

While Folk Hero & Funny Guy filmmaker Jeff Scott had films featured at past Oxford Film Fests, he didn’t realize his old friend Rory Ledbetter — now an associate professor of theater arts specializing in acting, voice and speech at the University of Mississippi — was involved in the event.

“Rory, our head Q&A coordinator, [has] apparently been friends for a really long time with Jeff,” Addington said.

“They knew each other years ago in L.A. and were friends, but somehow never made the connection” with the Oxford Film Festival. “Jeff said, ‘Wait a minute — Rory Ledbetter — I know that name really well.’ Now, Rory’s going to be doing a Q&A with him. Surprising little things like that always happen at the festival.”