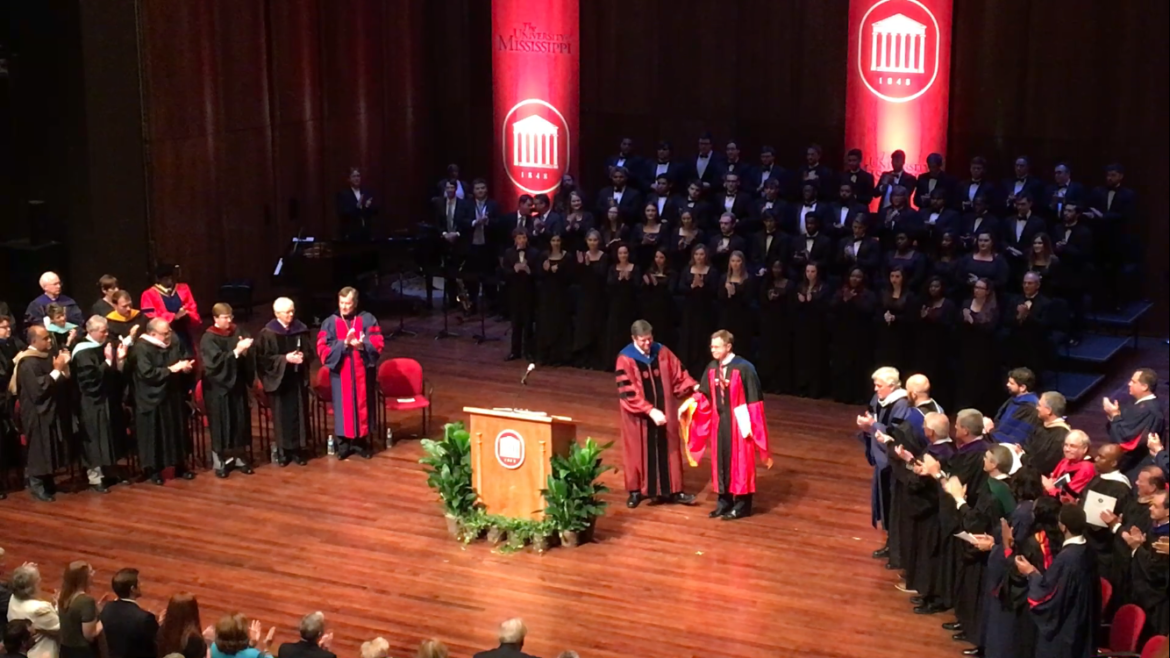 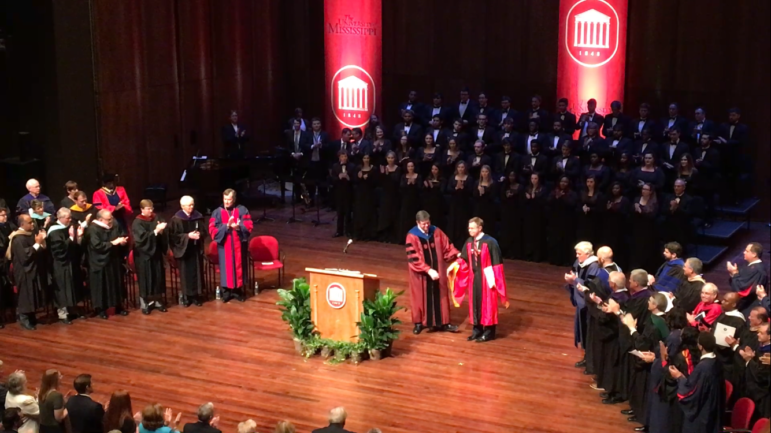 Dr. Jeffrey S. Vitter submitted his vision for the University of Mississippi on Thursday.

“Learning from our past, we will create a vibrant future,” he said. “We will transform lives, communities and the world. Just imagine what we will do.”

Vitter was formally installed as the university’s 17th chancellor during an investiture ceremony at the Gertrude C. Ford Center for the Performing Arts on the Ole Miss campus.

Jazz music greeted guests — a nod to Vitter’s birthplace, New Orleans — but there was plenty of traditional pomp and circumstance.

A contingent of elected government officials offered greetings and best wishes from the stage. Describing Thursday’s ceremony as historic, U.S. Sen. Roger Wicker, a graduate of the university, listed the accomplishments of chancellors prior to Vitter and emphasized the importance of continuing the school’s legacy. Lt. Gov. Tate Reeves and Speaker of the House Phillip Gunn  joined Vitter on stage.

Commissioner of Higher Education Dr. Glenn F. Boyce acknowledged challenges being faced nationally and locally and asked Vitter if he will accept the unique responsibilities of the university.

To be a chancellor is a challenge everywhere, but it’s a unique challenge at Ole Miss, says Associated Student Body President Austin Powell. He described the history of racial tension on campus, but commended Vitter on his efforts to listen to the concerns of the students.

“It’s been a privilege working with Chancellor Vitter,” said Powell.

With great emotion, Vitter acknowledged his deceased parents and his supportive family members.

The university sponsored a public reception for the new chancellor in the Circle, in front of the Lyceum, on campus after the ceremony.

Vitter, 60, succeeded Chancellor Dan Jones. He was appointed unanimously by the Board of Trustees of the Mississippi Institutions of Higher Learning on Oct. 29, 2015, and took office Jan. 1, 2016.

Vitter graduated in mathematics from the University of Notre Dame in 1977 and earned his Ph.D. in computer science at Stanford University in 1980. He also holds an MBA from Duke University.

In the months preceding Thursday’s celebration, the university organized and sponsored a variety of events dealing with the inauguration’s theme:  “The Power of Higher Education to Transform Lives, Communities and World.”

New chancellor’s challenge: ‘Just imagine what we will do’