This is the first in a three-part series of articles about finding solutions to fund improvements to state roads.

During this year’s legislative session, the Mississippi Economic Council made a lobbying push for $375 million in additional revenue to address the state’s immediate transportation needs. Alongside the MEC stood several lobbyist groups that similarly prioritized the maintenance and expansion of Mississippi’s infrastructure system. 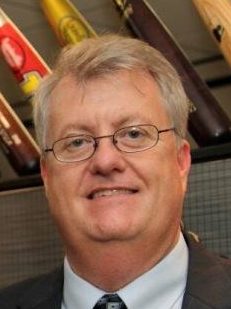 Scott Waller, executive vice president of the Mississippi Economic Council, led the push, which was based on research from the University of Southern Mississippi, Mississippi State University and the Stennis Institute of Government.

The $375 million was based on what the Transportation Department would need in additional funds if the roads were already in good shape. The Mississippi Economic Council offered several methods for investing in infrastructure.

But, as Waller points out, the longer the Legislature takes to pick a method, the less each dollar will be able to do.

“We provided a number of options,” Waller said. “Waiting was not one of those options. The longer we wait — if we are forced to wait — the more it will cost the taxpayer. It seems to me like the conservative thing to do is put forward the investment into our infrastructure.”

At hearings by special legislative committees looking at state spending last week, Rep. Robert Foster, R-Hernando, asked Transportation Department Executive Director Melinda McGrath for her assessment of the shape of Mississippi’s roads and an estimate for how much additional funding it would take to get them in adequate shape.

McGrath responded that $400 million would be approximately what it would take. However, no one on the panel asked about the method to fund that amount — such as a gas tax increase, bonding or an additional sales tax diversion.

Mississippi Today reached out to a few of these groups that supported the MEC’s push in the spring to talk about their plans for moving forward.

Derrick Surrette, executive director of the Mississippi Association of Supervisors

Supervisors’ association pressing on for funding

Derrick Surrette has been the executive director of the Mississippi Association of Supervisors for eight years. The association advocates for county governments. He said that road and bridge construction, maintenance and repair has been at the top of the group’s agenda since he has been there.

While the state-aid roads that wind through Mississippi’s counties are under the care of the Mississippi Department of Transportation, many local roads are maintained by county governments. Surrette said that the funding of these roads is a major cost for county governments:

“We receive a very small portion of the petroleum tax,” Surrette said. “It just goes to state aid roads, not to locally maintained roads. We only can use property taxes. Not sales taxes. Not petroleum taxes. And for the most part those property taxes are not going up because assessed values are not going up. And frankly, supervisors are doing all they can to not increase taxes.”

For large, expensive projects, counties rely on funding from the Local System Bridge Replacement Program and the Local System Road Program. The funds authorized by the Office of State Aid Road Construction give counties the ability to use those designated funds and general state aid funds for building and maintaining local bridges and roads.

Mississippi Association of Supervisors threw their weight behind the MEC’s push for greater funding for transportation needs.

“We walked the halls trying to push for road and bridge funding,” Surrette said. “I heard a lot of talk, ‘Well, nobody wants a tax increase. There is just not enough money to go around.’ Well that’s duh-huh talk. That’s very elementary talk when it comes to policy and politics. Let’s graduate to the third and fourth grade, and let’s start thinking about why we need to do this, and how we are going to do this. What are the benefits? What are the downfalls.”

Surrette said that any change in infrastructure funding is going to require Democrats and Republicans to be in the same room talking through their options: “Let’s start by making suggestions about what we can do because everybody in their right mind should realize that if we aren’t giving (Department of Transportation) enough money to maintain our bridges and our roads, there is a huge problem.”

Mike McCormick is the president of the Mississippi Farm Bureau Federation.

Among the backers of MEC’s infrastructure plan was the Mississippi Farm Bureau Federation. Farm Bureau has 192,000 member families in 82 county bureaus. Each year, the bureau sets legislative goals for the session.

When Mississippi Today reached out to Mike McCormick, Farm Bureau’s policy resolutions had not been set for the 2017 session.

“We usually set three priorities for each session,” McCormick said. “Road and bridge repair was one of ours last year. They are important to farmers.”

Though rural Mississippi populations are not very dense, McCormick said the roads and bridges get plenty of use. Farmers rely on local and state roads to get their crops and livestock out for processing and selling.

“I guess it was maybe in the 2014 when it came to be a big issue for (farmers) crossing Highway 6,” McCormick said. “They shut all those bridges down and our guys from east Mississippi couldn’t get across the river to the ports to deliver their grain. They ended up having to go about a hundred miles out of the way. It’s a big issue for our guys all across the state.”

The Department of Transportation’s engineers “post” bridges when they become structurally deficient. These posted bridge will have a sign denoting a limit on the amount of weight that the bridge can safely support. But when a bridge has reached a level of decay where it cannot be traversed safely the department will close them completely until repairs are made.

McGrath at Transportation said the agency is not willing to use scare tactics to get the Legislature to increase its funding: “If a bridge is in a state of disrepair, we will shut it down to keep people safe.”

Of the 840 projects in the agency’s Five Year Plan, over 350 are related to the maintenance, construction or expansion of bridges.

“Because of these posted bridges, they are having to go miles and miles out of the way to be able to deliver their goods,” McCormick said. “It’s an inconvenience, but it could also be a liability having trucks on the roads for more miles then they need to. Accidents happen.” 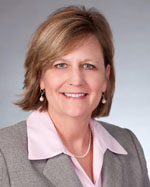 Another piece of Mississippi’s infrastructure puzzle is its cities. Shari Veazey, executive director of the Mississippi Municipal League, said that though they hadn’t approved their legislative agenda for the 2017 session, the league is working to help cities address street, water and sewerage infrastructure.

“It’s a critical issue for the majority of our cities,” Veazey said. “But a lot depends on state revenues and we’ve got to really prove our point. We tried that last year and will continue to do that next year, collaborating with any group to get this work done.”

“It died in conference,” Veazey said. “When it was fully phased in it would have been a 40 million dollar hit to the general fund. What we were told was that state revenue projections were down. But in reality, this is just giving that money back to the cities.”

Though it failed last session, Veazey said the Municipal League is hoping to find a way to get that diversion increase passed in the 2017 legislative session.

The chairman of the state’s House transportation committee, Rep. Charles Busby, R-Jackson County, wants the lobbying actions taken by the groups to be just the start.